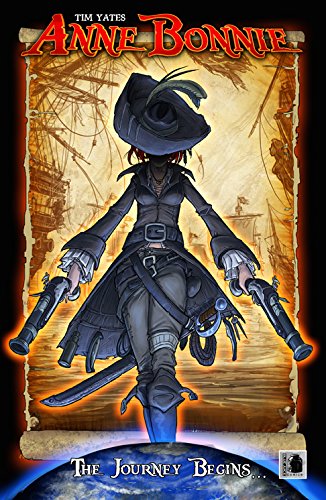 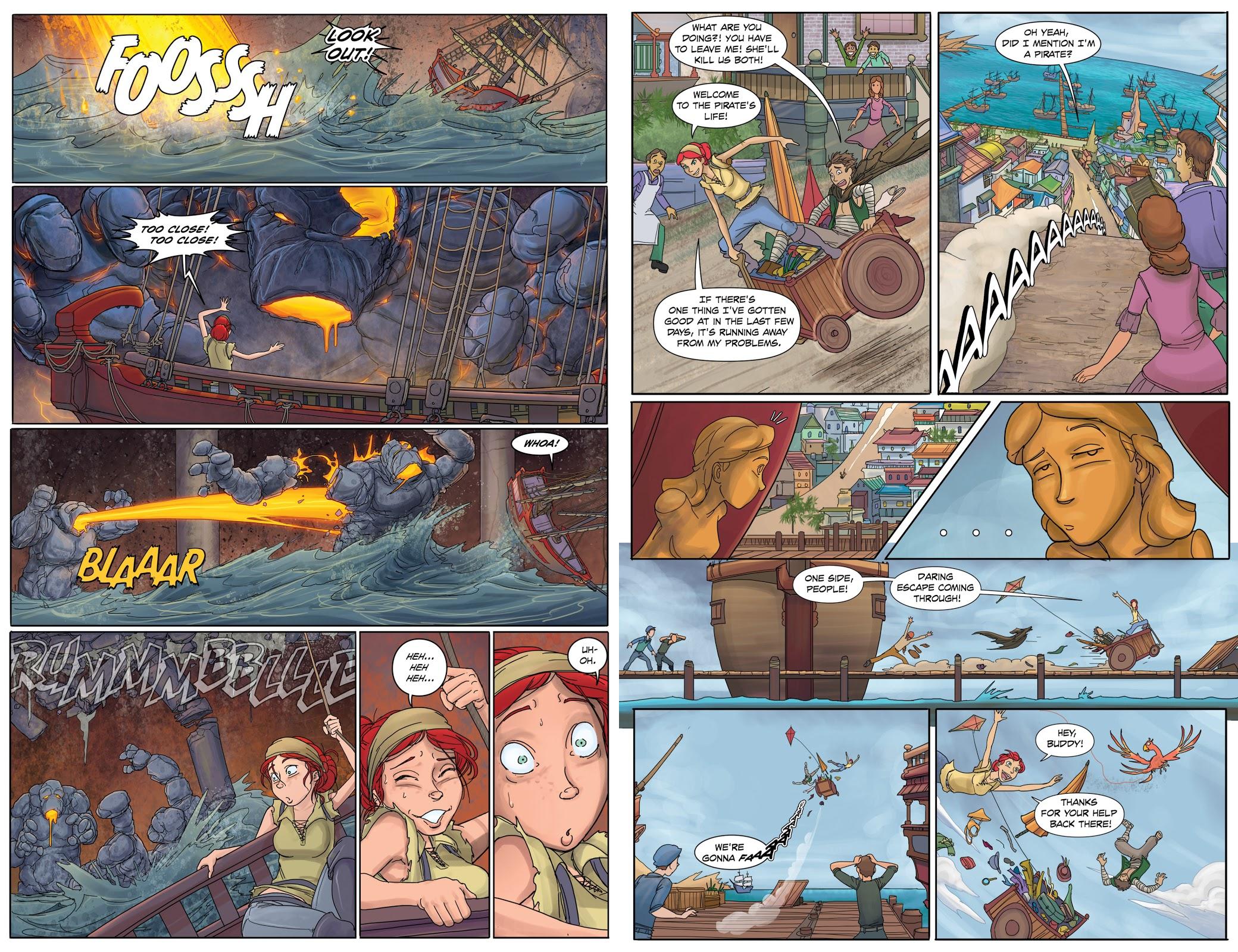 Taking the name and career of real life pirate Anne Bonny as an inspiration, Tim Yates and collaborators have produced a really enjoyable young adult graphic novel that more people should know about.

Orphaned as an infant, the young Ariana grew up hearing stories of the legendary pirate Anne Bonnie, who disappeared, but not before being the only person to successfully defy the ruling Lord Firestorm. When her mentor Shen had to flee, Ariana studied hard, and several years later had worked out how to steal a magical ship, and her adventures take off from there.

Those adventures are delightful. Ariana is optimistic, determined and resourceful even when in well over her head, yet always emerges joyful and triumphant no matter the odds. Yates has help over the opening chapters, Tony Vassalo providing the layouts and Lelan Estes helping with the plot, but the remainder of the book leaves no doubt regarding the major creative force. Yates is continually imaginative, from the ship that steers itself to the all-pervasive pirate culture. In every chapter he introduces a powerful new enemy for Ariana, one that’s around for the long term, yet her pluck and luck temporarily sees them off. Of course, it helps to have allies, and in Shen there’s someone with a greater knowledge of the wider world and its dangers, and in Finn someone who may be able to protect her from them.

The art is slightly better with Vassalo providing the layouts, as he’s got a greater sense of the ornate, whereas Yates on his own will take the simpler option, but Yates on his own is responsible for the cheerful cartooning and the cheerful cast. He pitches the threats at just the right level, and without his visual depiction of Ariana’s optimistic personality she might not be as likeable.

Adults will predict some of the surprises surrounding Ariana and her friends, but that’s not anything to ruin the overall fun. Matters turn a little more serious later on when Ariana’s not the focus, but Anne Bonnie’s high enough on charm to survive that smoothly also.

Any girl who’s ever dreamt of being a pirate should thrill to Anne Bonnie, and there are plenty of mysteries left to be revealed, so it’s a shame the second volume is only available in digital form.