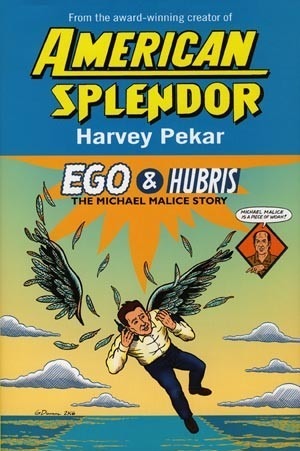 Pioneer of autobiographical comics in America, Harvey Pekar wrote about his life in American Splendor, which was adapted for film in 2003. After the film’s release it was evident that Pekar shifted focus, producing far more material about topics other than his own life. Ego and Hubris: The Michael Malice Story is one of these projects.

The publication received a puzzled reception from American Splendor fans. Pekar had always displayed wide-ranging interests, but why focus a whole book on such an unlikable character? Michael Malice can really jangle your nerves as someone you would want to avoid in real life. He’s described on the book jacket as an “intransigent kid, a hard-ass” who has a way of getting back at people. Pekar takes on the task of attempting to explain why Malice behaves as such.

Born in the Ukraine and moved to America at an early age, Malice experienced a problematical childhood, and his first quoted dialogue is “I was raised as a dog…” That would be an exaggeration as Malice’s parents come across more as self-centred people ignorant about raising a child. However, that does not fully explain his ruthless character. He is aggressive and takes on anyone who crosses his path. He admits to being a snob unable to stand mediocrity. He was a business major in college (while combating professors along the way) and took up temp jobs after that. This freed time to pursue creative work – working on his novel, doing stand up comedy and writing a screenplay on the new wave country band, Rubber Rodeo. It was while working on this project that he got to know cartoonists Doug Allen and Gary Leib, former members of the band. Through Leib, who worked on the animation for the American Splendor movie, he met Pekar. Since then, Malice has worked as a writer/ghostwriter and maintains a website.

Beyond the title, Pekar leaves us to draw our own conclusion about Malice, although it’s apparent why Pekar was drawn to this character and wanted to document him. There are strong similarities between Pekar and Malice. Both walk their own paths and both are intransigent and hard-ass. In the end, Pekar is writing another version (more ruthless?) of himself.

American Splendor veteran Gary Dumm, who has probably drawn more stories for the comic than anyone else, handles the art in a realistic manner. He is not among the top rank – basic layout, static figures and poor foreshortening and all, but that’s probably the reason why he is Pekar’s preferred illustrator. His no frills style does not distract the reader from Pekar’s words and the story that is Michael Malice. 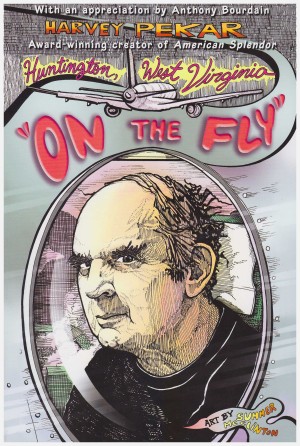