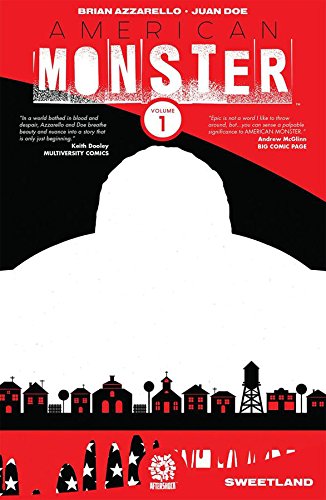 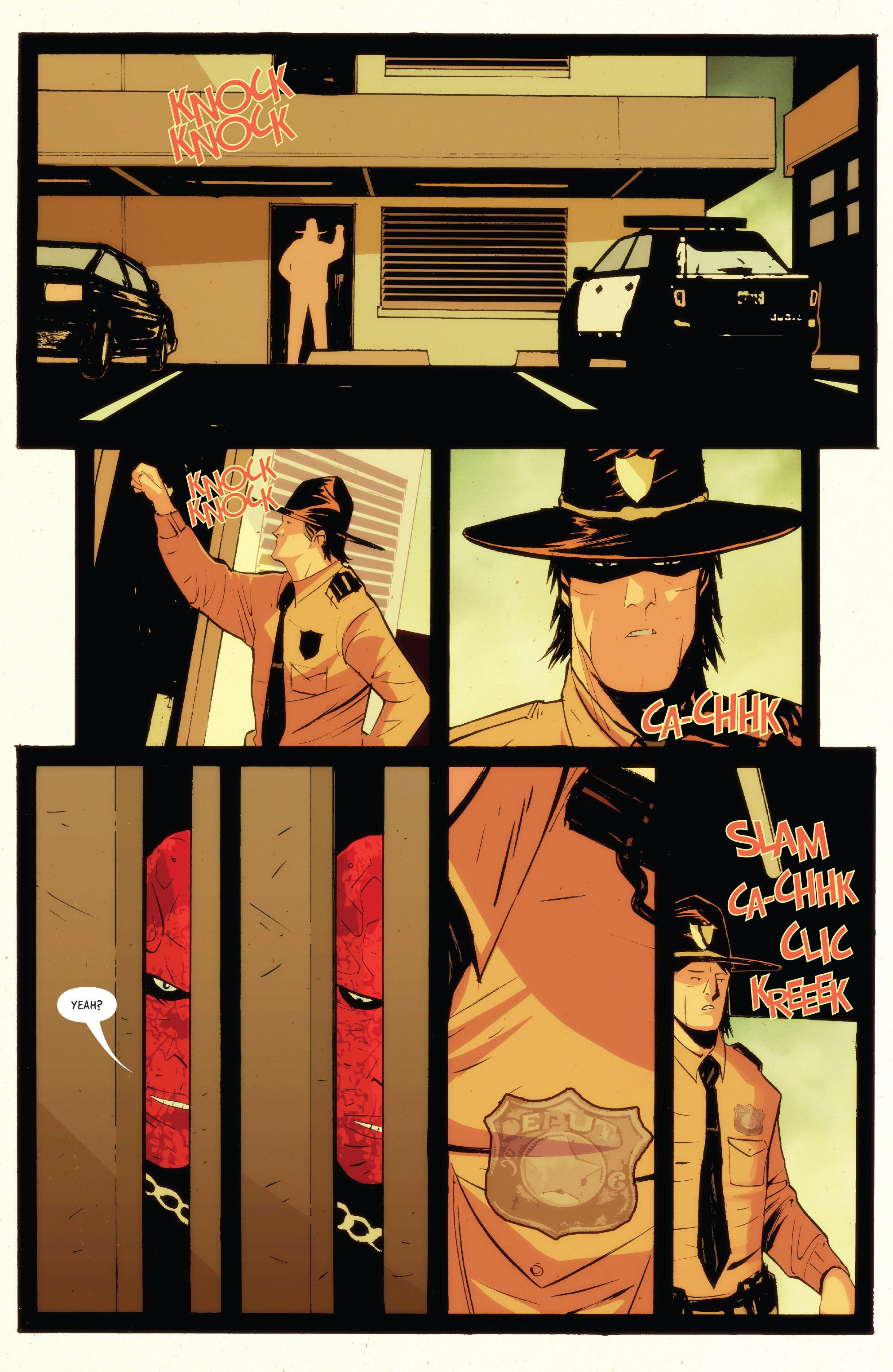 The plot of the stranger arriving in a small town and proceeding to set the cat among the pigeons has resulted in some great novels and films, and given his past projects it’s definitely a plot you’d expect Brian Azzarello to work well with. He doesn’t disappoint.

Theodore Montclare has seen active service, and it’s taken its toll on him. The exact nature of his injury isn’t explained other than in passing, but he’s a giant of a man who now has a bright red hairless head as if he’s been severely burned. He turns up in a small Washington State town and shortly afterwards his van blows up.

Azzarello knows his way around a crime story, and he presents a community seething with petty rivalries, psychotic criminals, stoned kids and eccentric characters into whose lives we peek as Montclare goes about whatever business he has. It’s not for the faint hearted. In addition to the violence, Azzarello’s set himself a target of a swear word a page, and while sometimes he can only slot it into the final panel, averaged out over the entire book he more than hits his target.

That violence is restrained considering the people in the spotlight, as artist Juan Doe has a way with subtlety. He he also has a way with a beautifully composed page and well designed characters. They have to be easily distinguished from each other because, Montclare apart, we’re dealing with ordinary humans.

So why the title? That’s still not clear at the end of this book. Yes, Montclare is the obvious choice, but as he’s hardly representative of US society as a whole the best guess would be it’s a general commentary on what’s now considered normal in the USA. A few questions have been answered by the end of this opening volume, but Azzarello’s established an ensemble cast and the pacing of a TV drama, with more than enough momentum to keep it running for a while yet. The cast and plot are strong, and crime drama fans should have no complaints.