America vs. The Justice Society 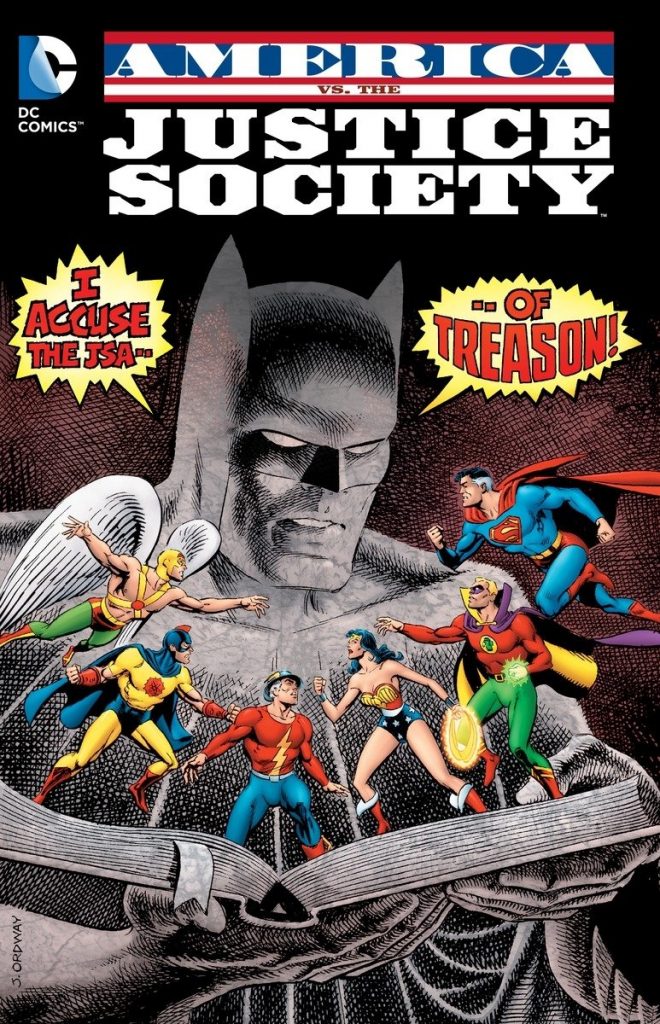 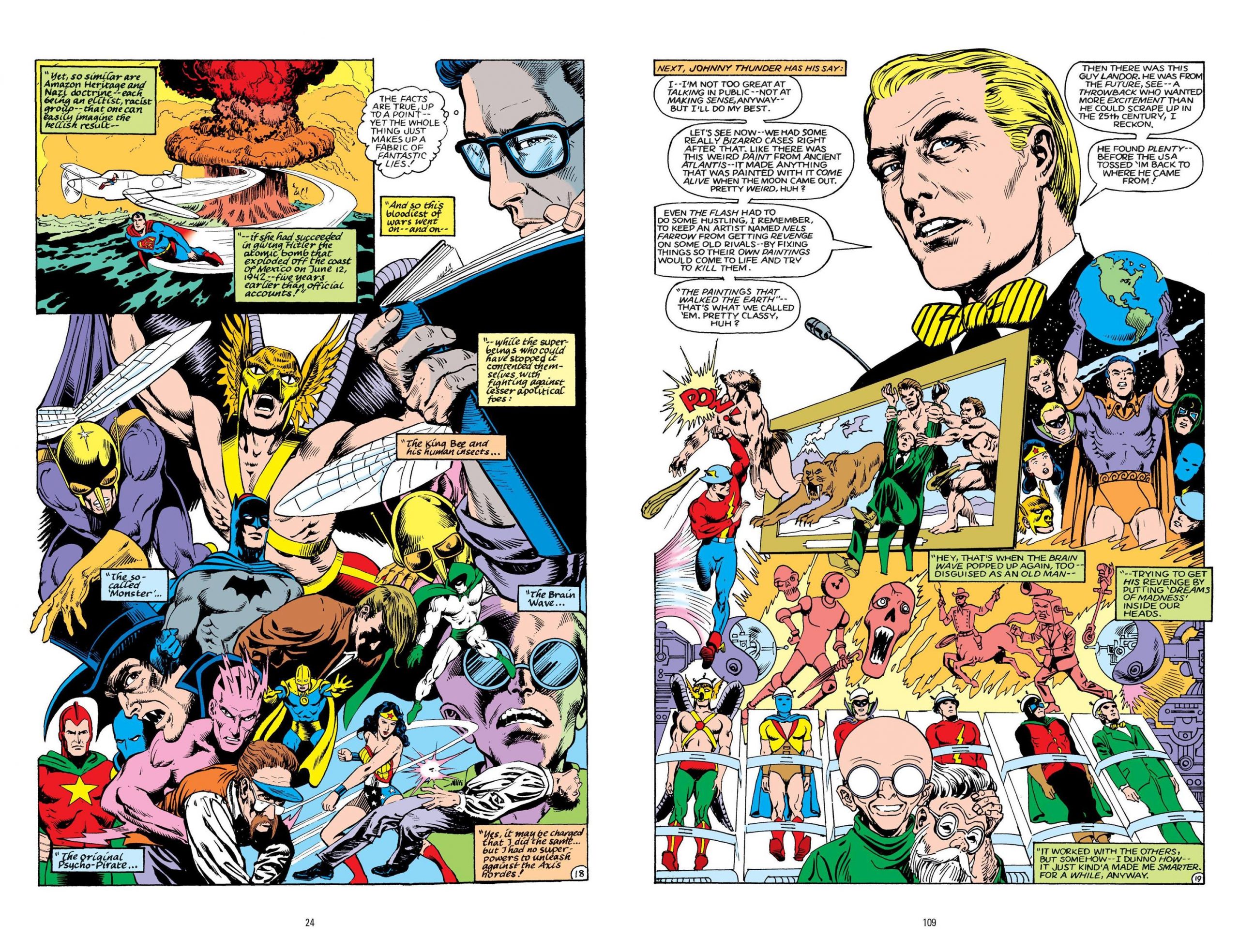 America Versus the Justice Society was originally published in 1985, prompted by Roy Thomas being keen to produce a definitive history of the Justice Society of America, his childhood favourites. This is achieved via a framing plot in which diaries purportedly written by the recently deceased Batman accuse the team of treason. The provenance seems legitimate, and the history takes the form of Batman following the career of the Justice Society, with which he had minimal involvement in the 1940s stories Thomas is referencing.

It’s a clever script in some ways, Batman’s diary using shoddy journalistic techniques to cast doubt and suspicion. Having drawn his conclusions early, any further omission or lack of logic to the Justice Society’s activities is used to bolster the case, whereas the reality is that the old stories weren’t created when continuity was considered important. A primary accusation is that Justice Society members were actually working for Hitler during World War II, and they subsequently prolonged the war.

While the premise works, playing it out as a Senate hearing in which the Justice Society rake over their old cases, their origin story several times, makes for slow reading. The nicer touches such as the Spectre appearing in the hearing room, are lost in the deluge of words, and these limit the artists also. Rafael Kayanan, Mike Hernandez and Howard Bender have to pack their pages with small panels to accommodate all the information, and while the inking of Alfredo Alcala supplies some consistency, he has to work with very different styles. Kayanan’s work is exaggerated, Hernandez more graphic, and Bender less polished than either.

It all makes working through to the end a struggle, which is a shame as Thomas supplies a good ending that ties into Justice Society continuity, and adds to one hero’s story in a sad way while avoiding a cop-out with regard to the diaries. Along the way he’s involved several JSA villains in the present day, one really surprisingly at the end, and served the purpose of thoroughly presenting the team’s history to 1985. It’s all too dry, though, probably even for those sharing Thomas’ love of the Justice Society.

Thomas can never be accused of being anything other than thorough, and the original comics were accompanied by his copious annotations explaining sources and references. Sadly, these aren’t included in  the graphic novel. Why not? As time passes fewer and fewer people are concerned about 1940s continuity, but for those who are, would it have broken the bank to have supplied the considerable extra work Thomas produced? 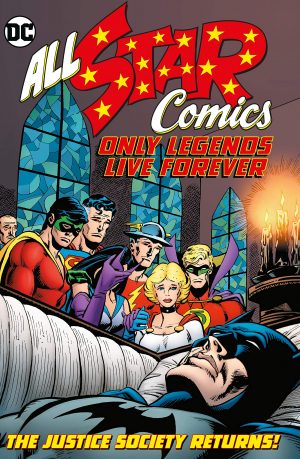