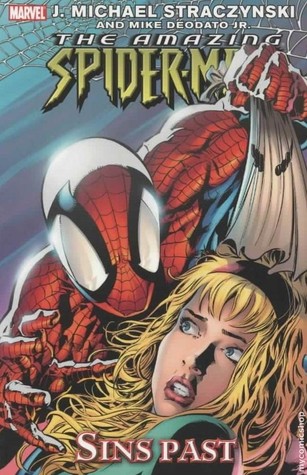 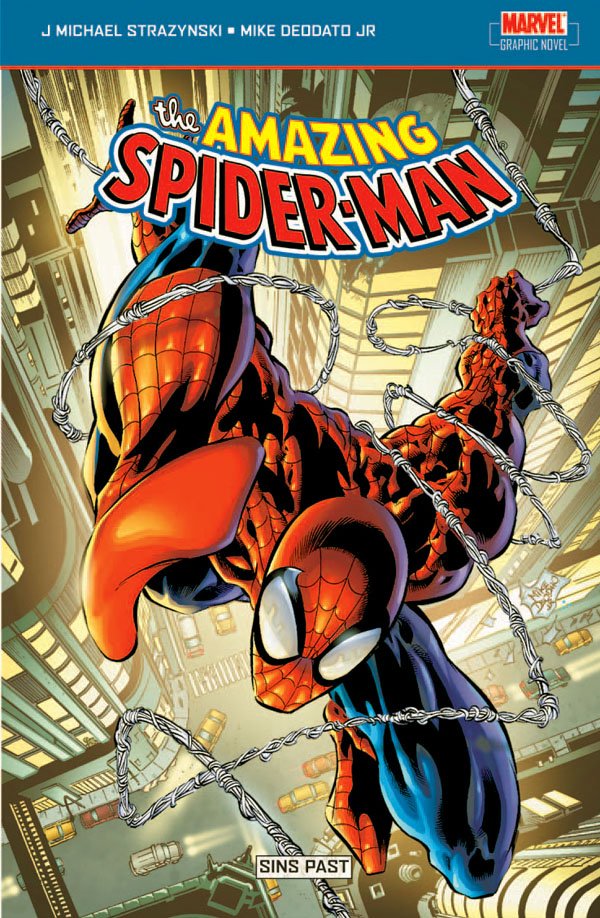 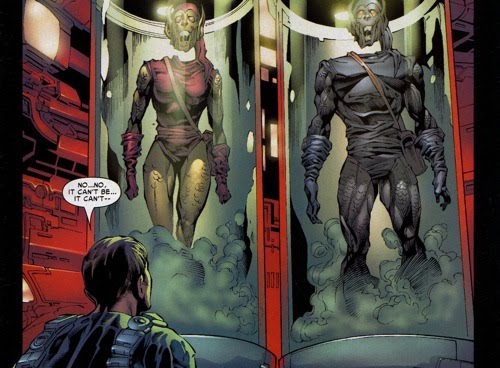 To anyone following J. Michael Straczynski’s Spider-Man run sequentially there’s an immediate surprise on flicking through this book. The excellent, blocky pencil art of John Romita Jr ended with The Book of Ezekiel, and Mike Deodato is now illustrating. Deodato is a very adaptable artist, adopting his pencils to suit the mood, and for Spider-Man he chose a more naturalistic style than Romita Jr, heavy on the shadows.

Sins Past is the most vilified story of Straczynski’s run, engendering a torrent of online vitriol, and those that don’t like it have a point. Spider-Man is confronted by a pair of masked attackers, and it’s revealed they have a connection to him. Straczynski’s original suggestion as to what the connection was, was at least logical, if controversial, but it was vetoed by Marvel’s editorial department. It’s easy to see how the replacement solution might have been viewed as entirely unpredictable, and therefore scoring high dramatically, and its what eventually saw print. Straczynski’s characterisation has been masterful to this point, but even bringing all his dramatic talent to bear he’s unable to convincingly deliver the circumstances of the masked attackers. In its editorially modified version, the plot is fundamentally flawed.

Unfortunately, attempting to ignore the flaw and just read the story as another Spider-Man adventure doesn’t work either as it’s so integral to the dramatic tension of the overall story. That’s a great shame, because there are many excellent elements. Peter Parker’s former girlfriend Gwen Stacy may have survived a seemingly certain death, and Mary-Jane Watson’s been privy to a secret for many years. Assorted other personal occurrences ratchet up the stress levels for Spider-Man and leave him fighting a familiar foe, but not the version he knows.

The entire story can also be found in Amazing Spider-Man by JMS Ultimate Collection volume 3 and in The Best of Spider-Man volume 4. Straczynski and Deodato continue in Skin Deep.