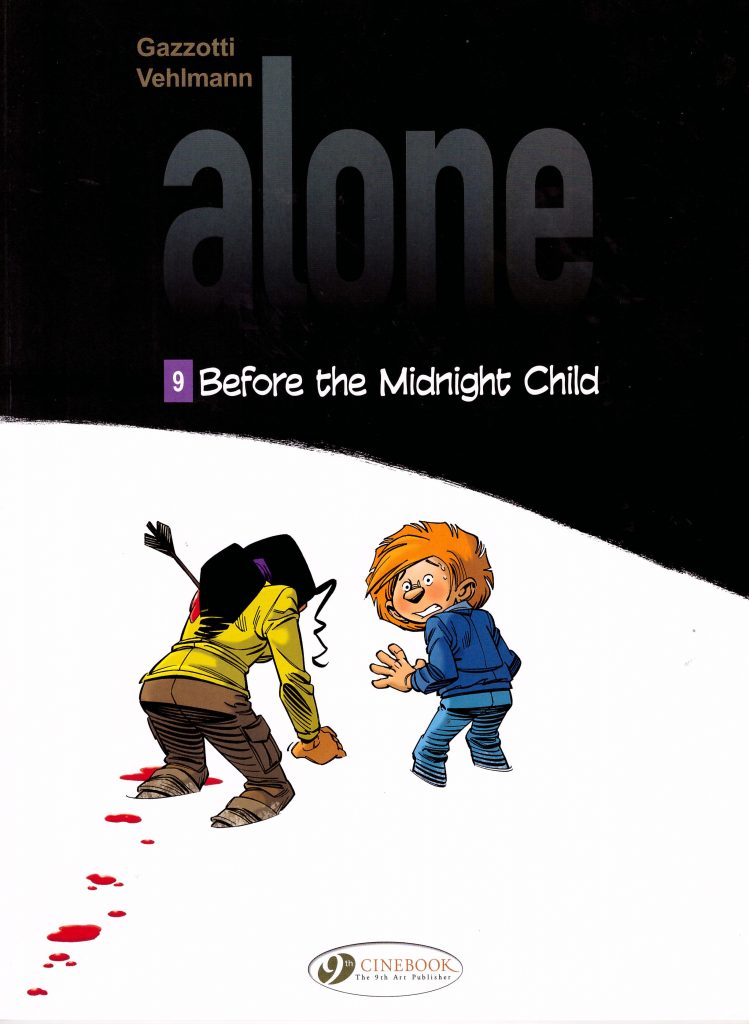 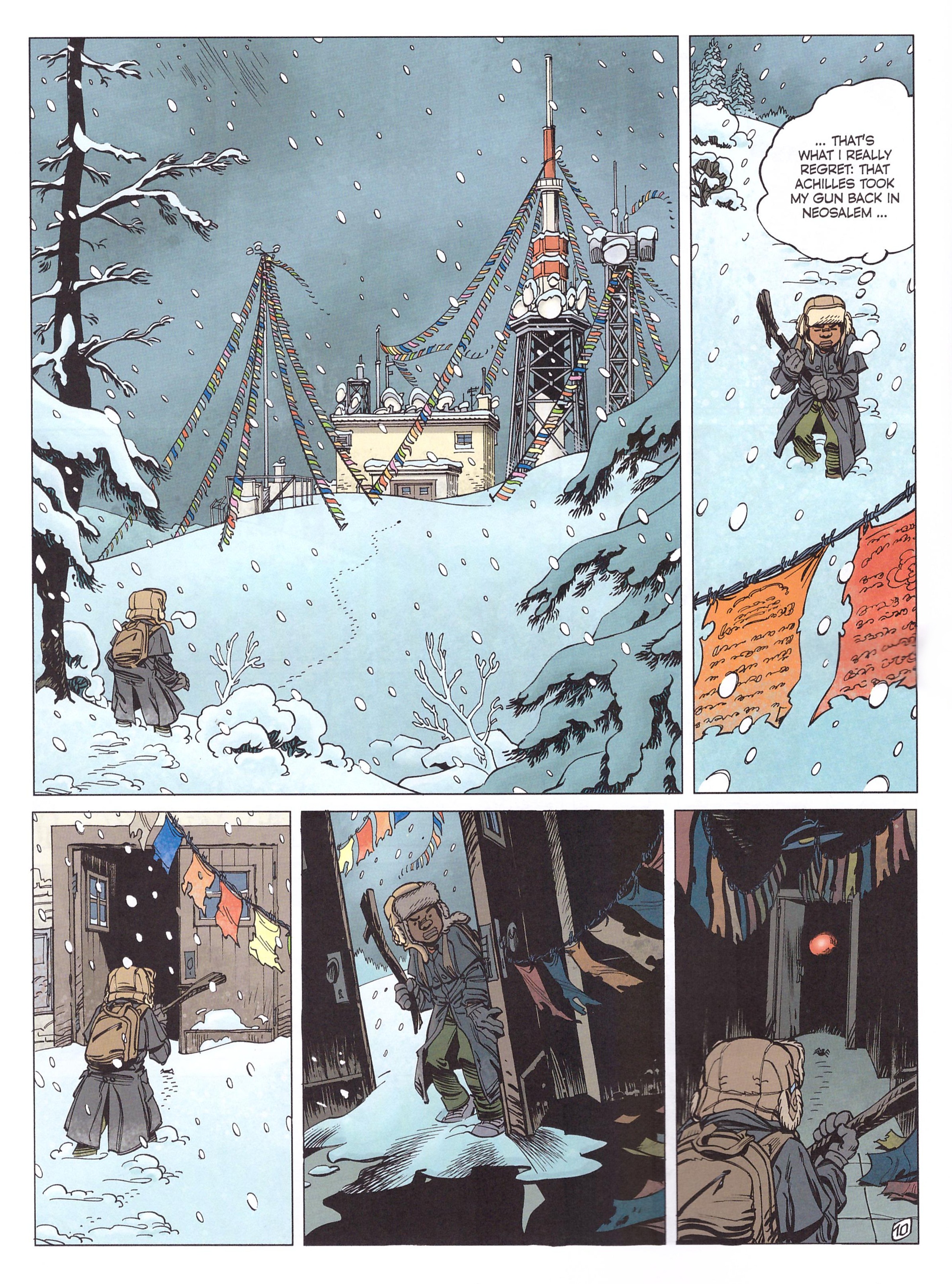 Alone began as a science fiction mystery story about a group of children and young teens. Along with gradually expanding the cast, Fabien Vehlmann has been introducing a considerable amount of tricky adult ideas. The Arena, for instance, confirmed that the children are dead, at least as we consider the idea, and disclosed that for centuries some children have been transported to an otherwise deserted copy of their home locations where strange things happen. The environment also seems to change, and one of the more recent arrivals has been theorising as to why, concluding “It must be tied to what’s called ‘The Collective Unconcious’, which a psychiatrist saw as the source of our intuitions”. That’s pretty heavy stuff to be laying on a young adult audience, on a par with the complexity of Philip Pullman’s novels.

Thankfully, adventure and mystery still predominate, all gloriously illustrated by Bruno Gazzotti who keeps the now large cast different, and complements the dialogue by providing expressions and poses conforming to the mood. The cast continues to expand, this time introducing two comprehensively frightening characters. One is a sort of extreme version of Dodzi, one who’s been through wars, and unusually for the series, bears the scars and the aggressive attitude. The other doesn’t appear to be human, and is the stuff of nightmares for younger children, so no matter how appealing the cartooning is, Before the Midnight Child is not a suitable read for them. As it has for all previous volumes, Gazzotti’s cover shows one of the core cast in peril, and unlike some other series, this is never just a symbolic representation.

As the series has progressed, Vehlmann has dropped hints that one of the five children introduced in the opening story has a specific purpose, and if there was still any doubt, it’s removed by the end of Before the Midnight Child. As he’s created such a sympathetic cast, it’s a sad moment as well as a horrific one. Not that horror is too far away from this story in so many aspects. Vehlmann cleverly runs through several situations common to horror movies, joining them well and providing his own twists. It results in another compelling episode raising more questions than it answers, a feature of Alone.

“End of the Second Cycle” are the book’s final words, with the third beginning in The Machine for Undying.