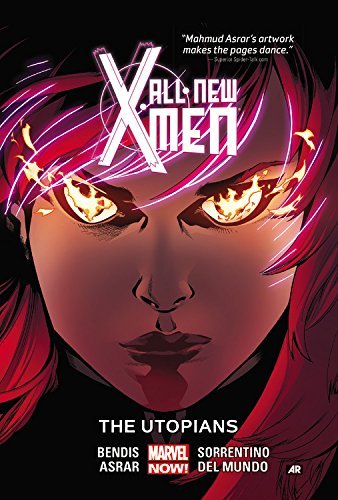 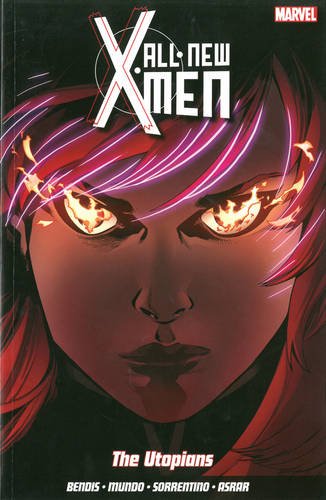 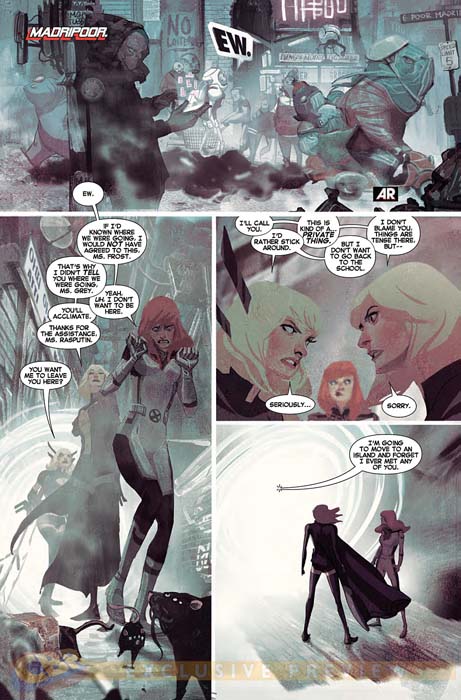 There’s a big problem with The Utopians, and it’s that Marvel in 2015 didn’t have respect enough for anyone paying for the book, which is a hefty $25 list price for five chapters in hardcover, to provide a complete story. What we have is an opening tale, followed by two chapters from the thirteen part Black Vortex crossover that make little sense without the remainder, and the two part title story. Buyer beware.

The significant aspects of the Black Vortex chapters are that they reunite Cyclops with his team-mates from the past, and Angel’s given a new look with flaming wings. The only other specifically X-Men related moment is a conversation between Cyclops and Jean Grey, which doesn’t convey the gravitas intended. The real plus point of these chapters is the stunning art of Andrea Sorrentino, who can deliver cosmic as well as he supplied the urban environment of Green Arrow. Within the larger context of the Black Vortex storyline these chapters may have greater significance, but here they’re blood and thunder populated by many anonymous characters.

In the opening tale, the young Jean Grey accompanies Emma Frost to the cesspit that is Madripoor for some training. “The good news about this hellhole is that almost everyone here deserves a beating for something,” is Emma’s wry comment. Her educational methods may be effective, but cuddly-feely’s not among them, so Jean faces a formidable threat on her own while handicapped. It’s a sprightly story from Brian Michael Bendis, making a few points and accompanied by Mike Del Mundo’s excellent stylised art (featured). It’s by a country mile the best material offered here.

‘The Utopians’ begins with an extended character focus that reaches some twee and rather astounding character reforming conclusions. One appears more motivated by Marvel being harangued for lack of diversity online than any sense of narrative logic. Perhaps the online social police could next focus their attention on the contemptuous attitude of Marvel’s marketing department. It leads to the X-Men meeting a bunch of former team-mates, at least of their older selves, in what’s not a very interesting confrontation, illustrated by Mahmud Asrar. He tells a story adhering to the established style, but there are no pages of any great distinction.

We’re left on a form of cliffhanger as Marvel couldn’t be bothered including the issue from another X-Men title in which the storyline of these younger X-Men from the past reaches some kind of resolution. You can find it as Storyville.

This is a fatally compromised whimper concluding what had been a generally fine series.