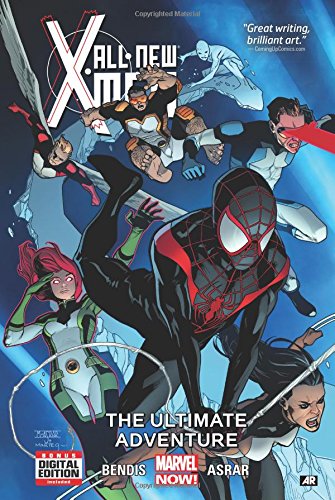 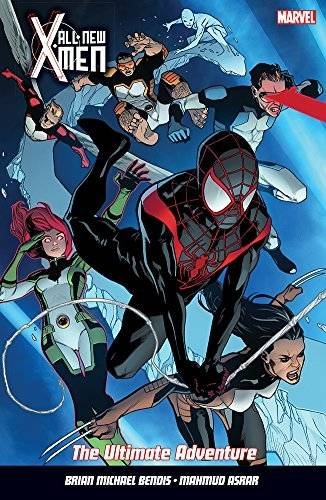 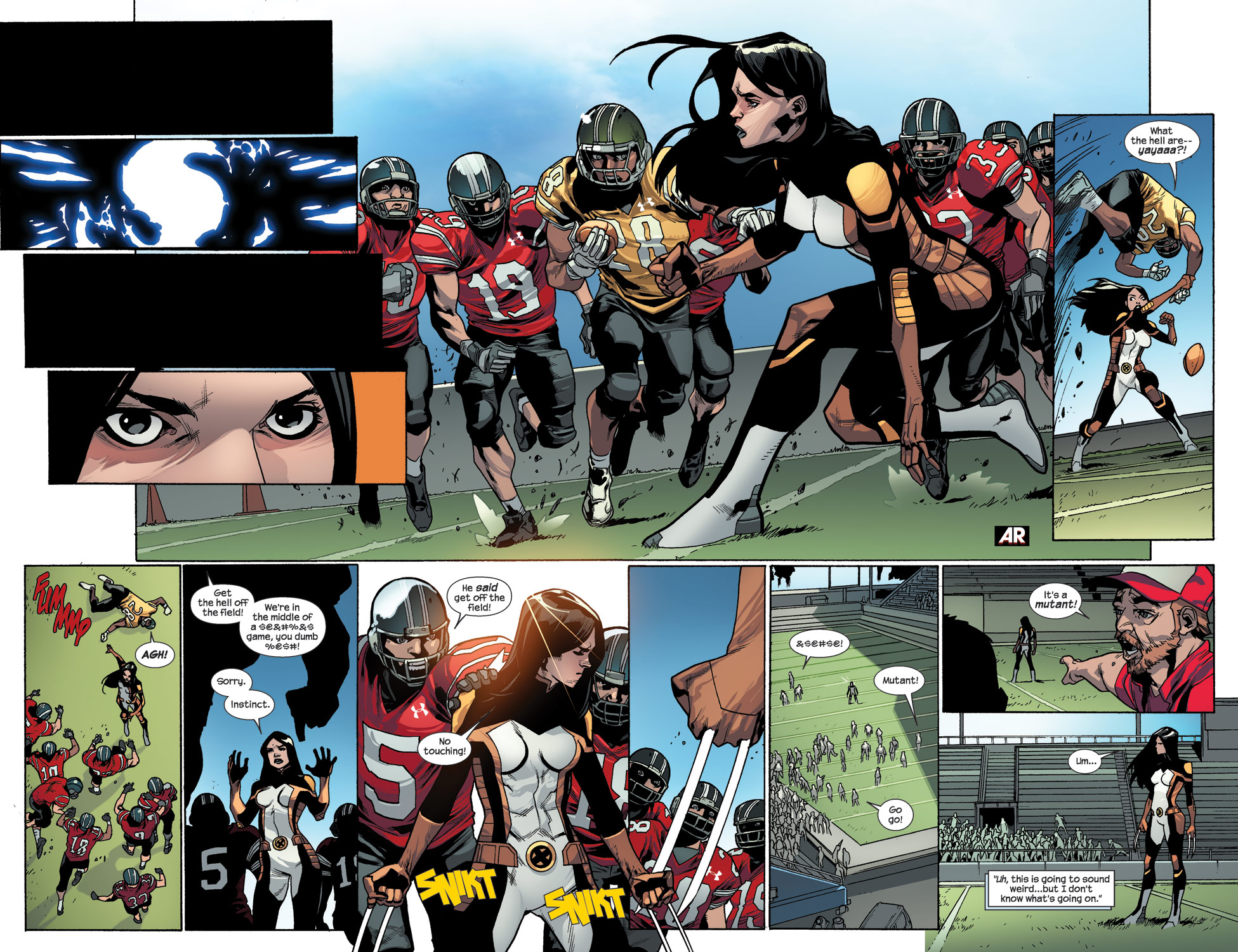 After the extremely disappointing experimental investigation of deception and manipulation in One Down, The Ultimate Adventure restores the charm and thrills characterising this series from the beginning. The original X-Men, now in what’s the narrative present, their future, investigate a new mutant whose power is manifesting. She’s nervous, unsure what’s happening, or what she can do, and in her confusion propels the X-Men through the dimensions into the alternate Earth where Marvel’s Ultimate line occurs. It’s a neat narrative convenience.

Brian Michael Bendis is astute in where he deposits the various team members on that Earth, with the primary focus being on Jean Grey. “So, we’re stuck in a time we don’t belong in, and now I’m accidentally stuck in a space I don’t belong in”, she explains to Spider-Man, Miles Morales iteration, as she telekinetically drives a car through New York state to the X-Men’s mansion.

New artist Mahmud Asrar is very good indeed if you overlook his heavy inking, which occasionally results in ultra-thick outlines, and giving his characters a jagged, pointy look. When it comes to the action scenes, though, he has an excellent way with layouts prioritising the best viewpoints to create the required sense of excitement. Iceman facing a monster is a highlight.

He also faces himself, a theme that may be considered to have been worked to death in One Down, but bears repeating, in an improved manner. He’s not the sole team member to meet his counterpart, and the other encounter is also very well handled. Not so adept is the cheat ending to one chapter designed to raise the tension between the original monthly publication of issues, only to be instantly reversed.

This is humdinger of an adventure that drags the reader from page to page to the end. Allow a proper amount of time for reading. Once you’ve started you won’t want to put the book down. The Utopians follows.