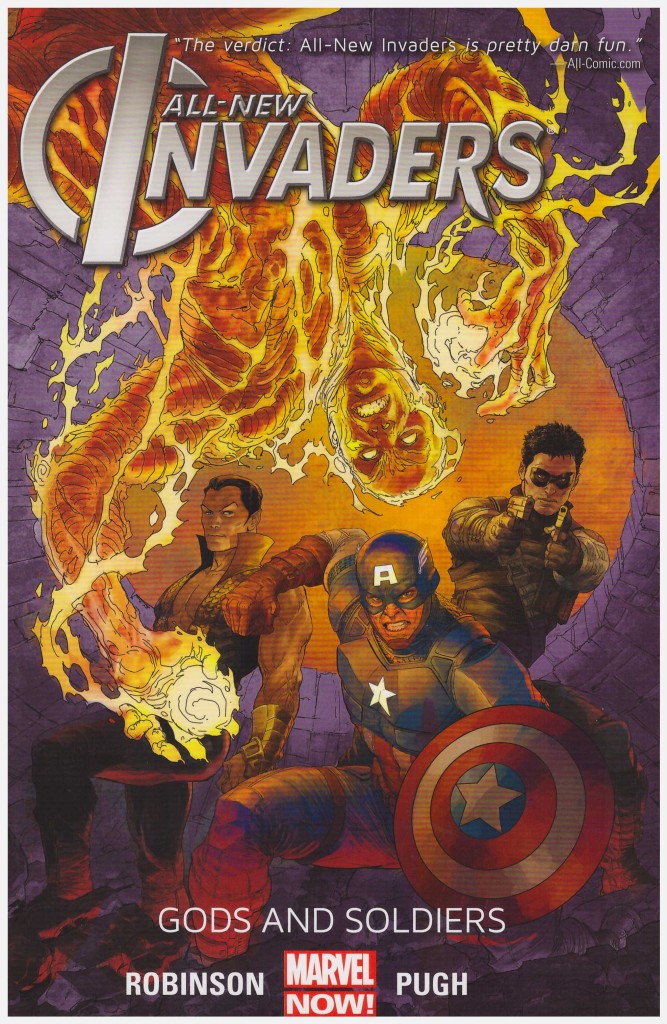 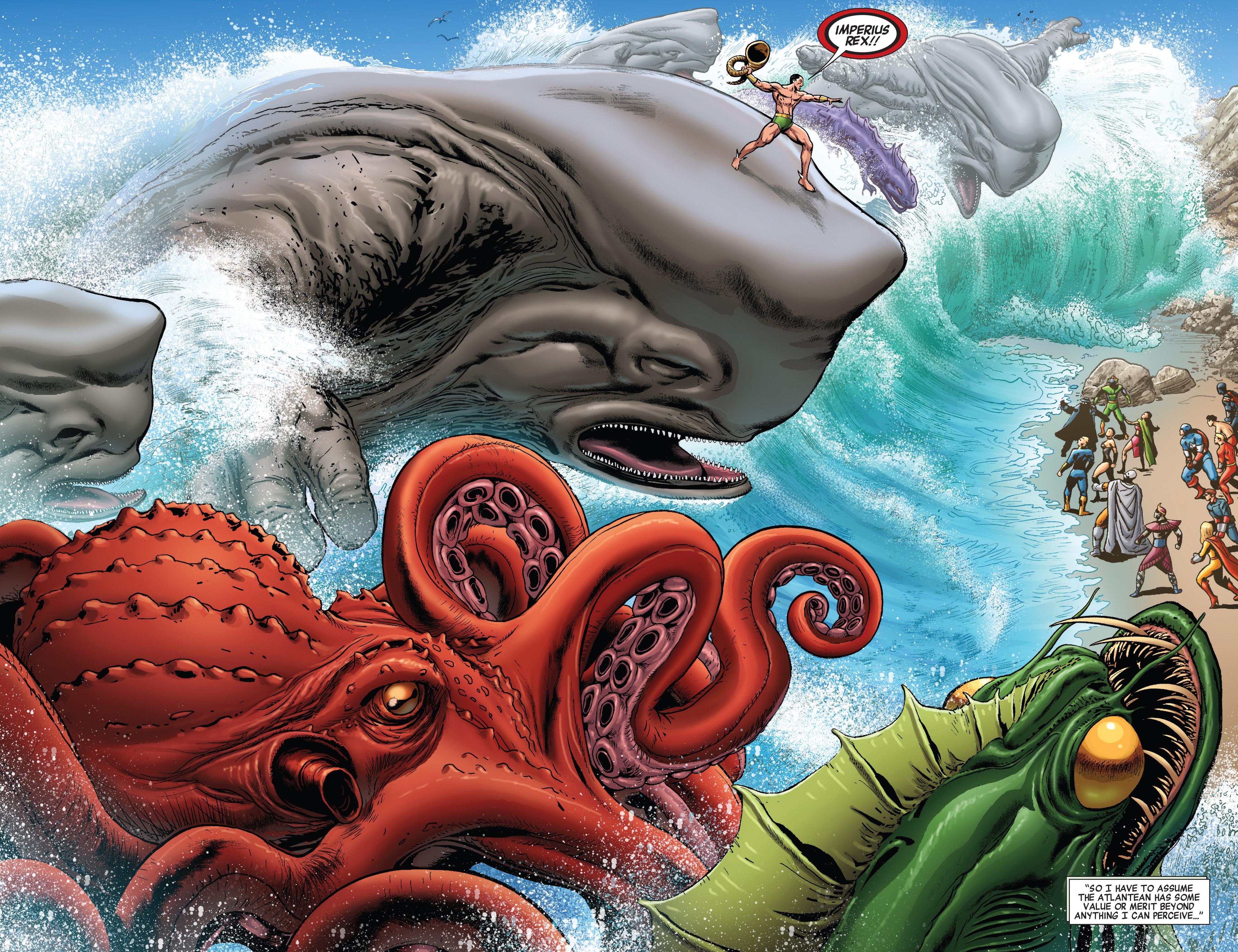 When introduced by Roy Thomas in the 1970s the Invaders were a viable idea, the super team of Thomas’ youth updated with a modern veneer of characterisation while retaining the adventure reel excitement. It’s fair to say, though, that every revival since has been lacking a focus. James Robinson begins with the notion that over the years all core Invaders have been revealed to have survived from the 1940s to the present day in peak condition, and although there’s been contact, their relationships have altered considerably.

What reunites them is a mission dating back to World War II in which they took possession of a device known as the Gods’ Whisper, the creation of the alien Kree race, and powerful enough to see off an alliance of Baron Strucker with Asgardian Goddess of Death, Hela. Realising the device couldn’t be destroyed, three Invaders dismantled it into three constituent parts, each concealing one, then had their minds wiped to ensure it remained a secret. Now the Kree want the device back.

Robinson does a good job moving the action along fast enough, but not quite at a speed to avoid nagging questions such as why the Kree waited half a century to retrieve their device, and with a ‘God’ being such a nebulous concept, how exactly does the Gods’ Whisperer work? As we move further in, it becomes apparent Robinson’s mind was elsewhere when he plotted Gods and Soldiers. He resorts to a plot device in the penultimate chapter that surely no reader is going to fall for. It’s explained a chapter later, but that hardly restores credibility. Where he’s good is in the use of a couple of characters not associated with the Invaders, one of them dating from the 1940s, and with the explanation of how the Invaders win the day.

Steve Pugh is far more consistent, serving up the required spectacle time after time. Namor and his giant sea monsters on the sample art are an indication of what Pugh manages extremely well, and there are several equally good spreads during the course of events.

Interestingly, while not ruling it out, the book doesn’t end with everyone reminiscing about what a fine time they had back in the day and they must get the old gang back together again. Instead it’s open-ended as we head into Original Sin. 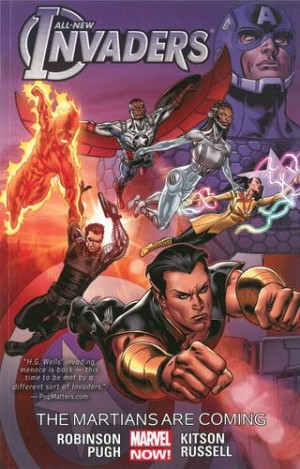