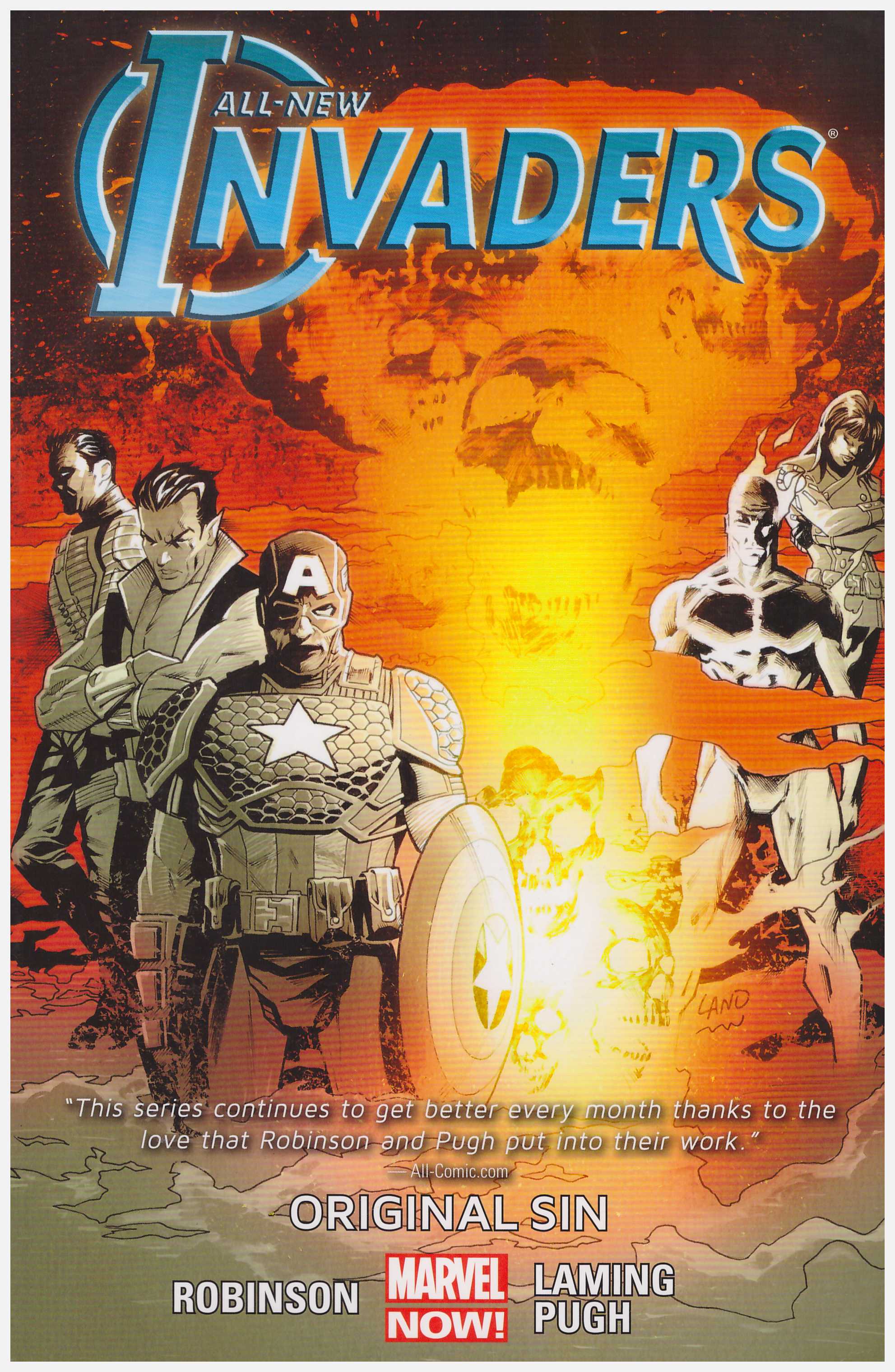 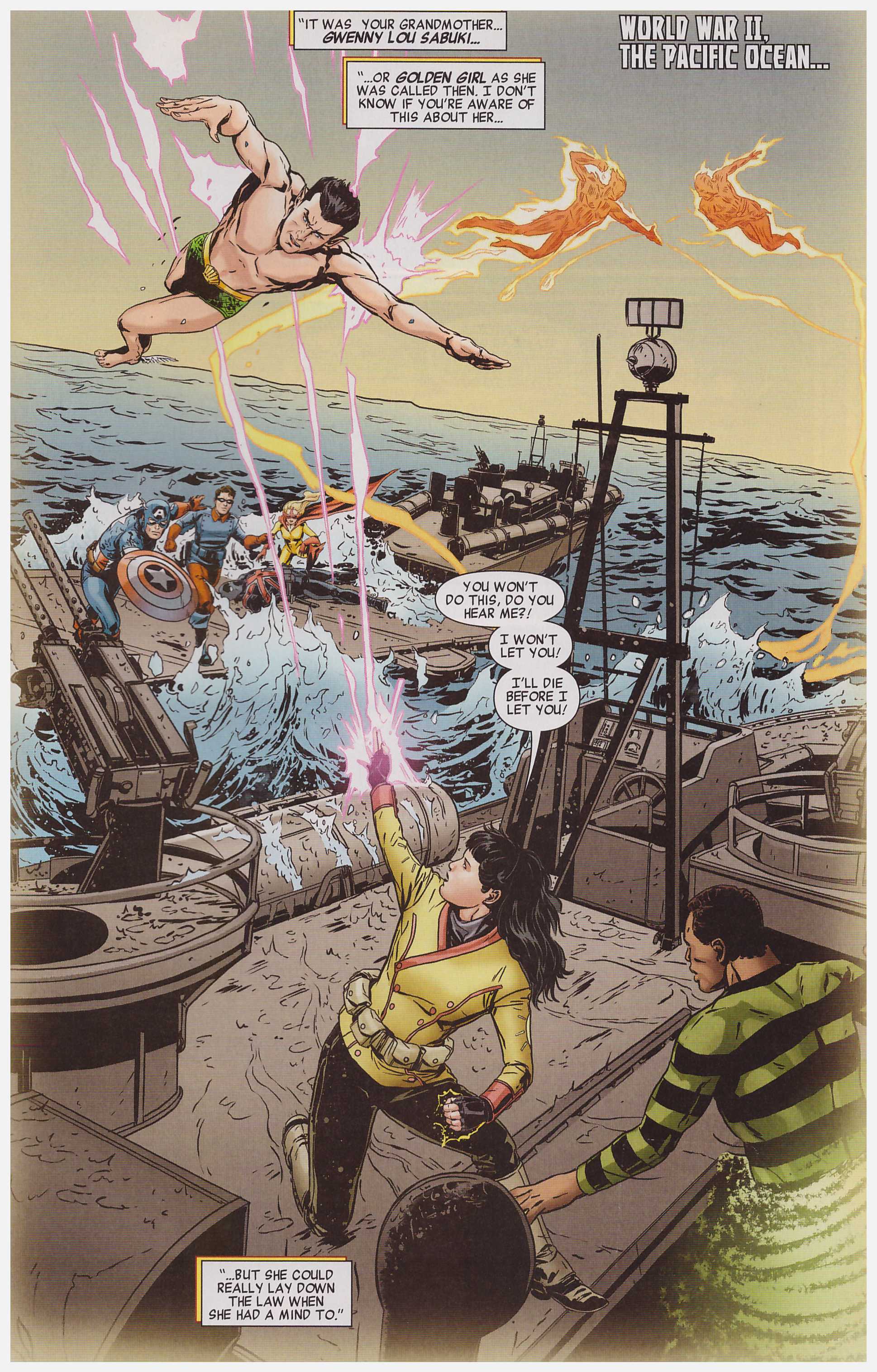 The 21st century reconfiguration of the Invaders remained inconclusive at the end of Gods and Soldiers, and the opening chapters of Original Sin don’t resolve that. What they are, though, is the best of this Invaders series. James Robinson was surely contractually obliged to shoehorn the Invaders into Marvel’s Original Sin crossover, but he does so in a subtle manner that requires no knowledge of the bigger picture. It’s repetition that this is the second successive story arc that begins with the revelation of events concealed since World War II, but it unfolds so naturally and engagingly that the springboard is irrelevant.

Jim Hammond, artificial man and original Human Torch is the focus as he relates matters both from the distant past and recent days as Japanese superheroine Supreme Radiant Friend discovers a secret, and isn’t best pleased. This is an immensely satisfying tale with both protagonists well characterised and with some excellent illustration from Marc Laming (featured art). It absorbs all the way to the shock final page, which leads into the second story presented.

That concerns a weapons and technology dealer who’s been messing with the concept of alternate timelines and now has an army of Deathloks at his disposal. Furthermore, the relationship between the Invaders isn’t as cosy as it was in the first volume due to what Captain America has discovered elsewhere. Robinson plays well on this fractiousness toward the end as he sets up The Martians are Coming, continuing the alternate reality theme. The remainder is okay, but doesn’t live up to the opening tale, with less tension, more action and what’s in the end a relatively simple solution.

Steve Pugh is back for this sequence, and he’s as impressive as he was in the opening book, putting in the effort required to convince there are actually dozens of Deathloks on the loose, and that their base is a technological hub. He is perhaps a little too subtle at one point when it’s not immediately obvious how a character has been killed, but look again and it’s all on the page.

The original 1970s Invaders comic eventually developed a larger cast, and it’s clear from the final pages that Robinson and Pugh intend to spotlight their successors in the next volume. 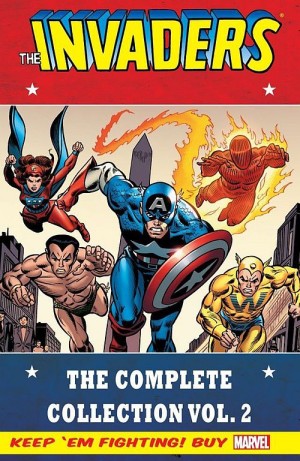 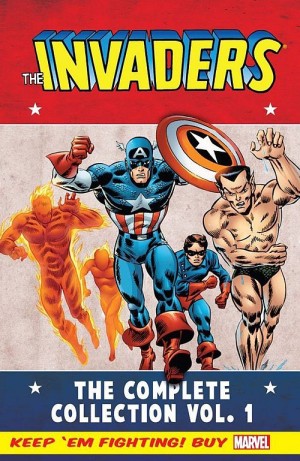 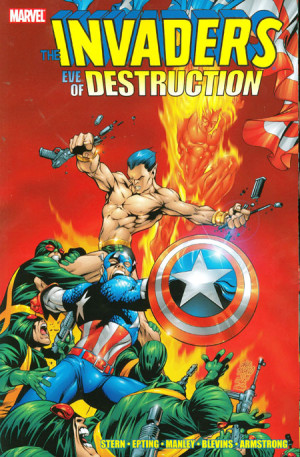 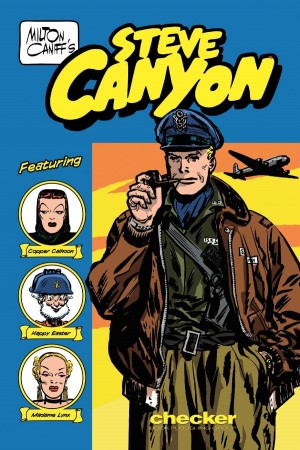