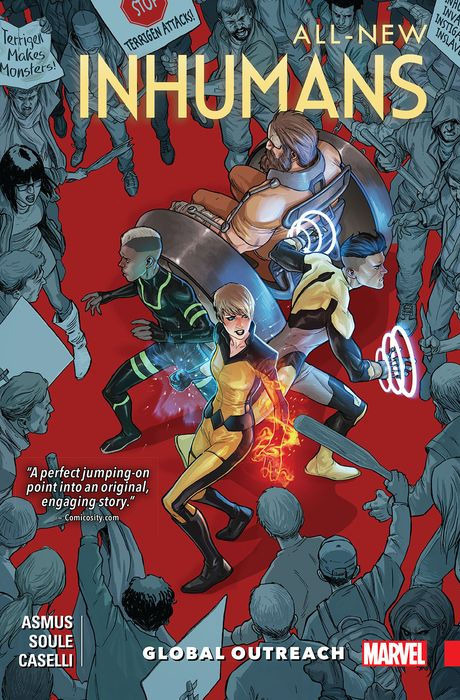 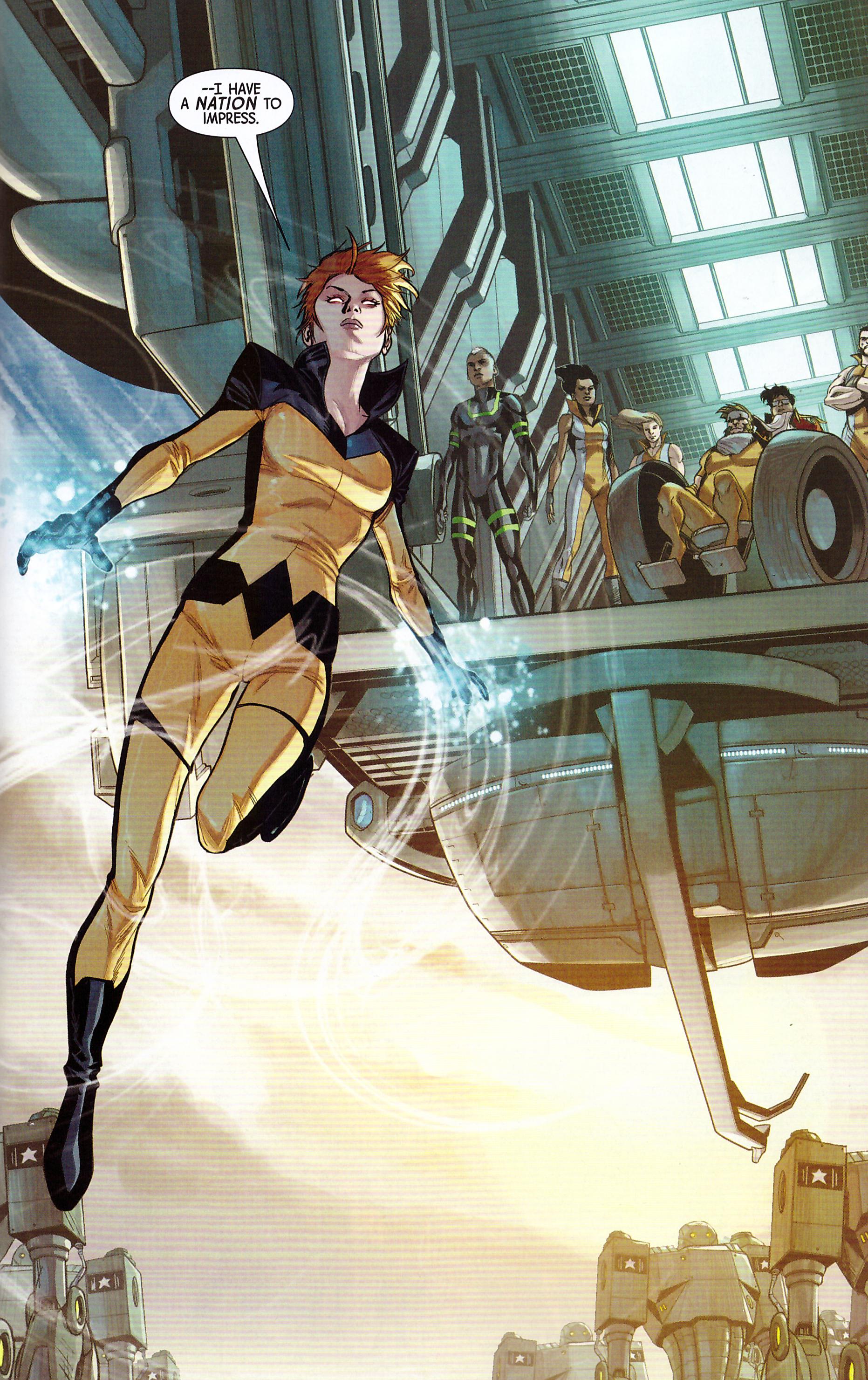 The Inhumans have a long tradition of developing super powers via the Terrigen Mists, a controlled exposure resulting in transformations and new abilities. However, the events of Infinity, resulted in a massive Terrigen cloud circling the planet activating changes in those with a long-dormant Inhuman gene. The transformation is near instantaneous and as seen in the attention-grabbing opening chapter, can be devastating for what were presumed to be ordinary humans undergoing the experience. These people are referred to as NuHumans.

Since 2010 there’s been a concerted editorial policy to bring the Inhumans in from the fringes of the Marvel universe and reposition them on the centre stage. The problem with this is that Marvel already have a wide-ranging selection of beings with inherent super powers, feared and misunderstood by the public, and there’s a feeling of recycling old X-Men plots here, right down to Gorgon now having a spinal injury and training the newly powered from the equivalent of a wheelchair. The lack of originality is further compounded by the global release of the Terrigen Mists being a plot device used in the Wild Cards prose novels. Even the secondary plot introduced by James Asmus and Charles Soule is a variation on material regular X-Men readers will have seen: despotic regime experimenting with super powers.

This would all be acceptable if the mechanics of the plot and the new characters shone. They don’t. They’re pretty well interchangeable central casting teen superheroes: the angry one, the impetuous one, the uncertain one etc. The one original plot idea of a character existing in dreamtime (for want of a better term) is pretty well discarded on a villain when the possibilities were so much greater. This isn’t Sandman, but someone transformed and uncertain, and eventually providing the big emotional moment. It’s only the final chapter that moves into unpredictable territory, and even then it just raises the entire enterprise to average.

Stefano Caselli has been a reliable superhero artist for several years. His pages are sometimes on the crowded side, but there’s never a moment where what’s happening isn’t clear, and he’s most at home when it comes to designing the technology, really impressing with the Inhumans’ Australian base.

The back cover blurb mentions an appearance from Spider-Man, but unless he’s in disguise as one of the other cast members there’s no sign of him in any incarnation. The series continues with Skyspears, in which he actually does appear.