After the Spring: A Story of Tunisian Youth 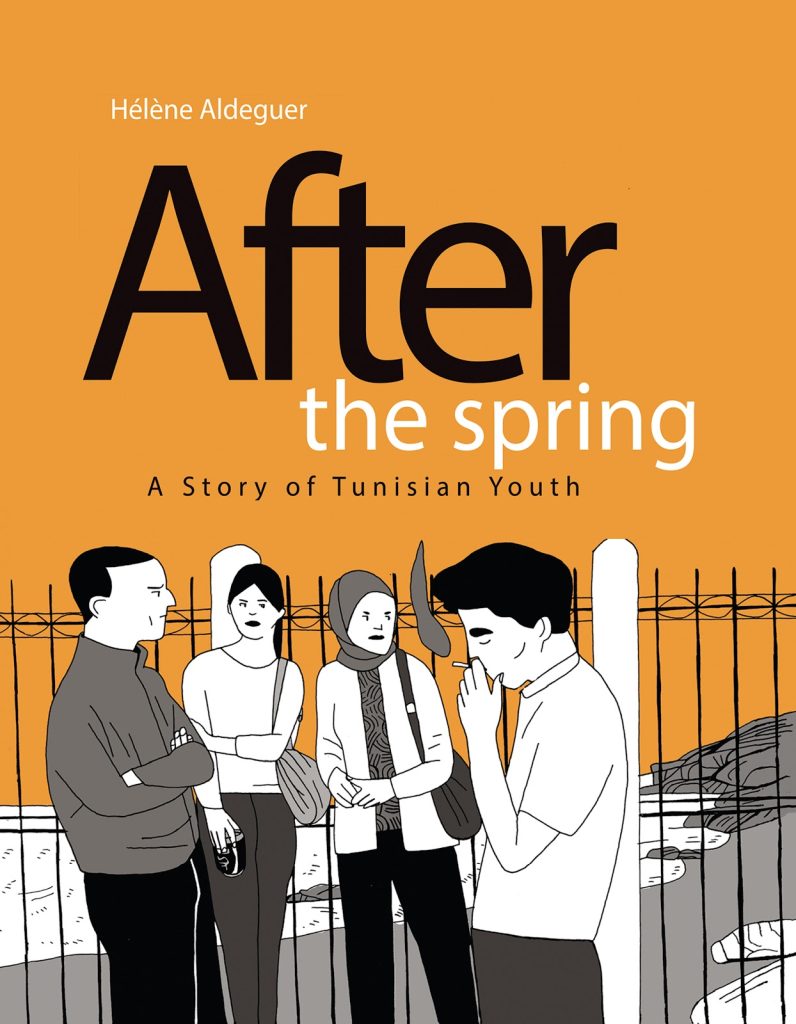 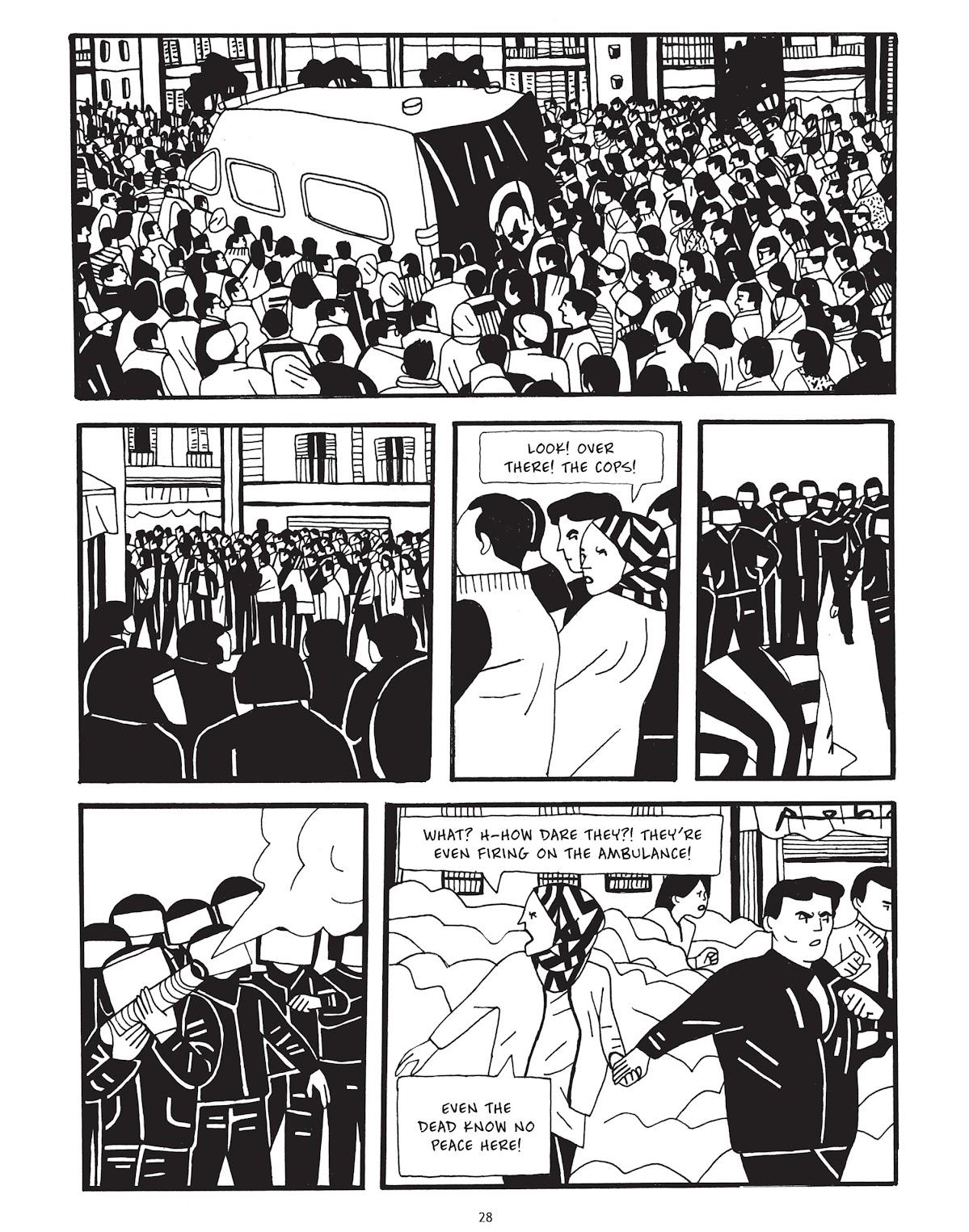 In December 2010 the political revolt that spread through the Arab world began in Tunisia when people took to the streets to protest against government corruption. Known as the Arab Spring, it’s a convenient starting point for a wider story, when in fact Tunisia had experienced local protests for several years beforehand, but it was also the country where protests produced the most rapid results. The government were ousted weeks after the protests began. However, Hélène Aldeguer concentrates on the aftermath. By 2013 young people are finding that if anything conditions have deteriorated, protests begin anew, and After the Spring examines the events of that year.

The connecting character is Aziz, disenchanted with the direction his country has taken, and with the way further protest is being systematically crushed. To him, the new boss is no different to the old boss. His girlfriend Meriem is more optimistic, but after witnessing a horrific incident her friend Chayma decides enough is enough.

Aldeguer’s original French language version of After the Spring won her the Raymond Leblanc Prize for young comic creators, which is a noteworthy recognition, but her work takes an extremely distanced approach to tumultuous events. Protests apart, too much is referred to in dialogue rather than shown, sometimes resulting in lectures, and in other places political arguments play out between family members. Commenting on news reports lacks passion, and all too often there’s a feeling of the audience being rebuked rather than educated. Following the discussions requires committing the assorted political factions to memory with little real idea of what they represent, although footnotes name each newly mentioned organisation. A timeline at the end gives a little more context, but the fear is that readers won’t reach that far.

Two-dimensional art barely moving from head and shoulders shots hardly adds to the interest, while at times it’s difficult to figure out what’s happened. There’s a scene of a radio announcement about soldiers being murdered, but people aren’t distinguished well enough to give the following sequence at the barracks the necessary gravitas. The suggestion appears to be that a character already seen has died, which isn’t the case. Jumping forward from date to date in order to build the story around actual events also serves to deaden emotional involvement.

Few English language readers will know much more than the basics of what happened in Tunisia during 2013, but sadly After the Spring isn’t the graphic novel to change that. 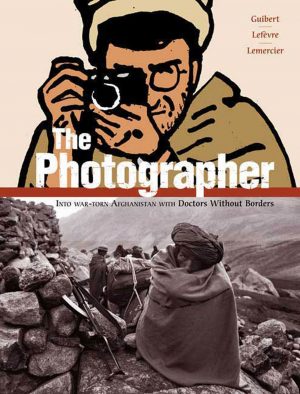