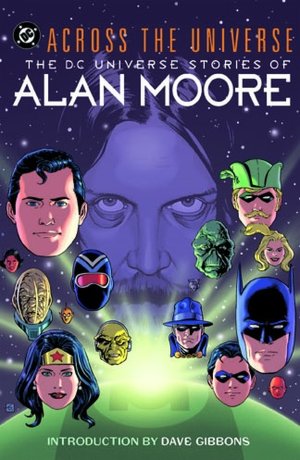 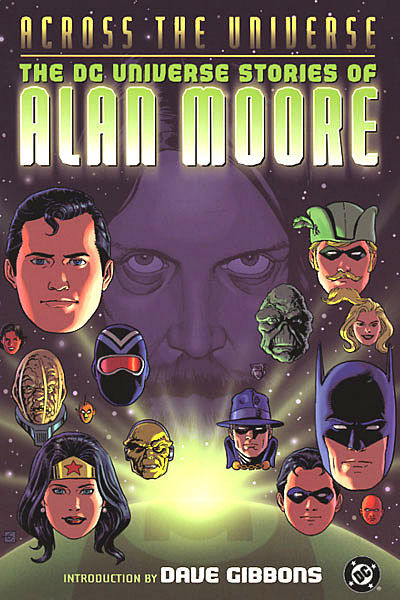 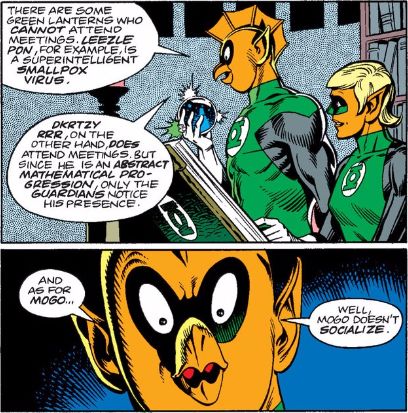 When DC realised that they had a star on their hands with Alan Moore, once the impact of Swamp Thing had begun to be felt, they rapidly exploited him, through a series of annuals, back-ups and fill-ins from 1985 to 1987. Across the Universe collects most of these.

It certainly disproves the notion that every Alan Moore script is necessarily a work of unquestioned genius. Though Moore is always professional and competent, it’s surprising how much of what’s presented struggles to rise above the ordinary. The longest tale here, a two-part Vigilante story, is also the weakest. Fine art by Jim Baikie can’t hide the mediocrity of a story that relies on violence against women, to which Moore too often turns when he wants to shock his audience. He is attempting to make points about how matters are not always black-and-white, and revenge being an endless cycle, but those points have been made better elsewhere; and Moore can’t hide his lack of empathy for the character (a Punisher equivalent), who is here a largely impotent figure who observes as much as initiates the action.

A dull Green Arrow two-part back-up, with a poor villain, and a Batman annual story aren’t much better, despite trademark Moore irony at the end of the latter. His Phantom Stranger origin tale has a great idea, but Moore fails to translate that into a good comic.

It’s rather better when he writes Superman, a character for whom Moore has a real affinity. ‘For the Man who has Everything’, which opens this collection, is excellent, drawn by Dave Gibbons, centred around speculation on what Krypton would have been like had it not exploded. It also has more than an echo of Moore’s earlier work on Marvelman. Moore revises the villain Mongul, and provides effective cameos for Batman, Wonder Woman and the Jason Todd Robin. A Swamp Thing team-up with Superman is lesser largely because it revisits the idea of Superman going mad in his own head, but there are memorable sequences of what happens when Superman suddenly finds his powers fluctuating.

The best material is to be found in the Vega stories (back-ups from Omega Men) and Tales of the Green Lantern Corps, where Moore revisits the short story with a twist formula with which he first made his name in 2000 A.D. True, one Vega piece, ‘A Man’s World’, relies on violence against women for its gag, and leaves a nasty taste in the mouth; but the other, ‘Brief Lives’, with art by Kevin O’Neill, is terrific. For the Green Lantern Corps, ‘Tygers’ is excellent horror, drawn by O’Neill at his most grotesque. There’s a funny story, illustrated by a relatively young Bill Willingham, of Katma Tui finding a Green Lantern in a cosmos that knows no light. And the pinnacle of the collection is ‘Mogo Doesn’t Socialize’, a deservedly much-anthologised piece with a satisfying payoff, again illustrated by Gibbons.

Moore’s scripts generally draw out the best in the artists. That is mostly the case here, though Joe Orlando on the Phantom Stranger story and Klaus Janson drawing Green Arrow both seem to be having bad days.

The collection is worth it for the Superman and Green Lantern Corps stories. Just don’t believe that all the scripts are as good as Dave Gibbons’ introduction says they are.

This collection was subsequently combined with The Killing Joke and Whatever Happened to the Man of Tomorrow? as DC Universe: The Stories of Alan Moore.