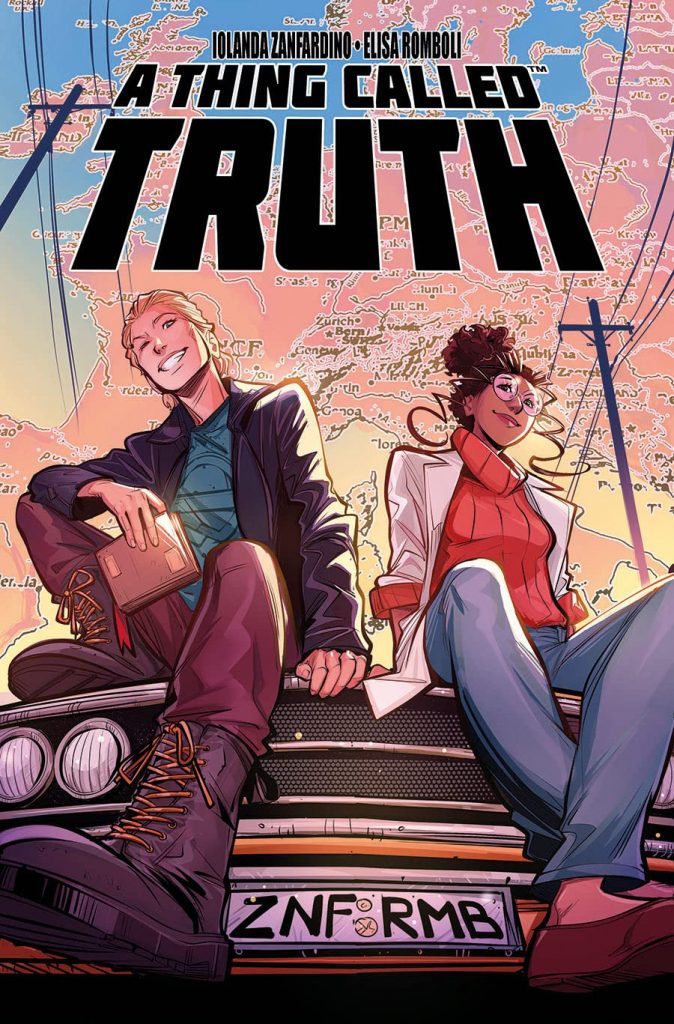 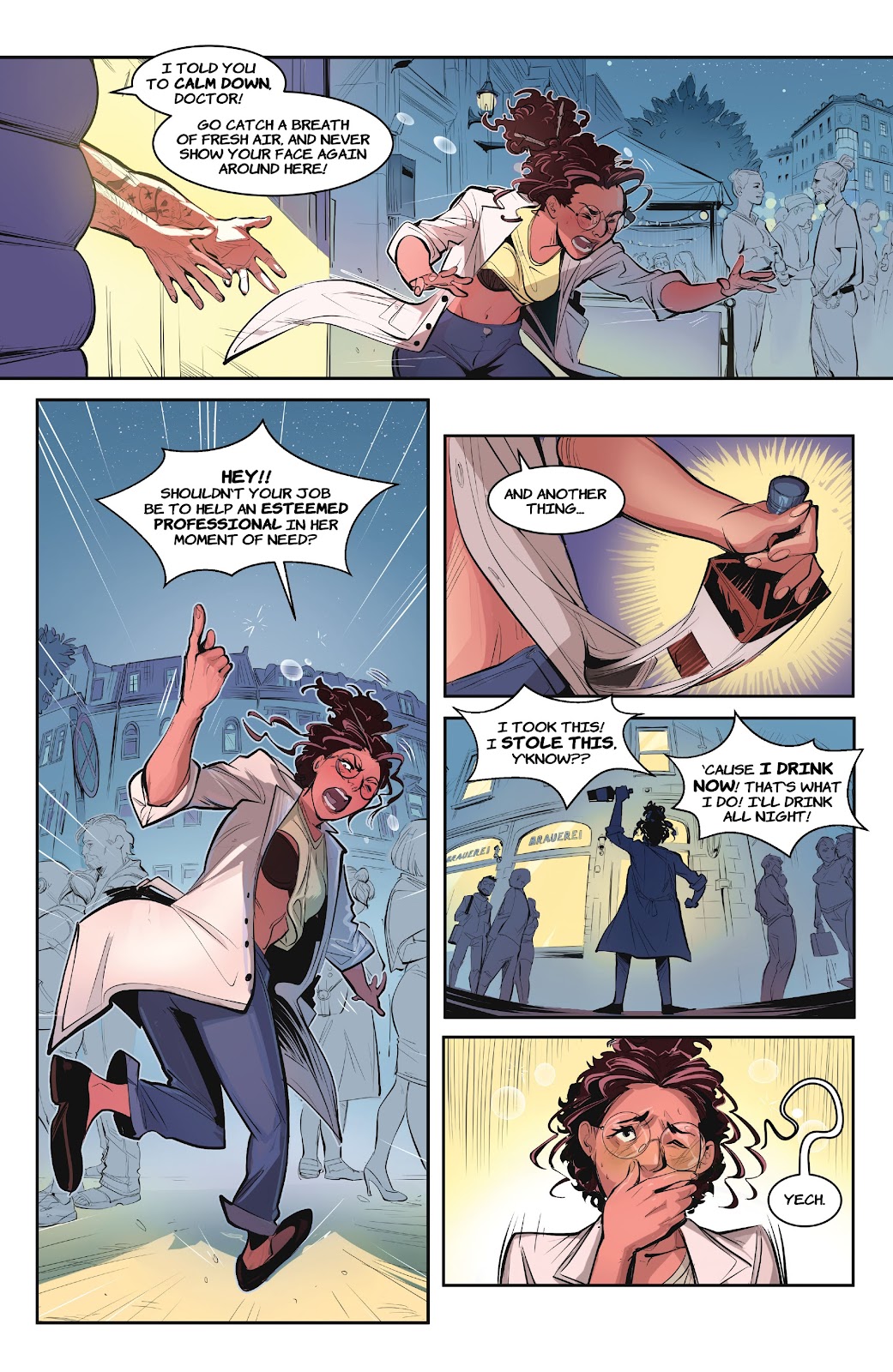 A Thing Called Truth very knowingly starts as Thelma and Louise ends, then flashes back to the chaotic life of Doctor Magdalene Träumer, on the verge of a medical breakthrough with unimaginable life-saving possibilities. Unfortunately, that research has been carried out on company premises with company money, and the company has little concern about saving lives if there are profits to be made. Magdalene turns up to work to discover she apparently resigned the previous day. How she reacts to that is seen on Elisa Romboli’s sample art.

Dorian Wildfang’s story is told in the following chapter, equally tragic, just in a different way. While not confirmed, it’s extremely likely she’s living on borrowed time. What both need is a road trip across Europe visiting cities in which famous movies have been filmed, re-enacting the scenes from those films. The deal made is that for Dorian and Mag there is no past.

Because this is translated from the Italian original, and the characters have names that make sense in English, it may not fall into place immediately that Europe is the starting point for what becomes an adventure road trip. Iolanda Zinfardino’s cheery plot does require a fair bit of knowledge about movies filmed in Europe, but it’s all solidly constructed and packed with joyful moments, and Zinfardino introduces a few cinematic scenes of her own devising.

While the start suggests otherwise, this is a joyous story of people unlocking doors to discover what matters, and Romboli delivers the upbeat nature with expressive, loveable characters. She’s a little sketchier when it comes to drawing the assorted cities, which is a shame, as a greater sense of location would add some weight.

Readers knowing what Mag and Dorian haven’t revealed to each other hangs a tension over A Thing Called Truth, but the final chapter is rushed, forced, ends abruptly and never leads back to the scene opening the book. That’s all disappointing, and suggests the original intention was a story longer than five chapters. Cherish the first four of them, while recognising A Thing Called Love is as charming as far as it goes, but with the potential unfulfilled.