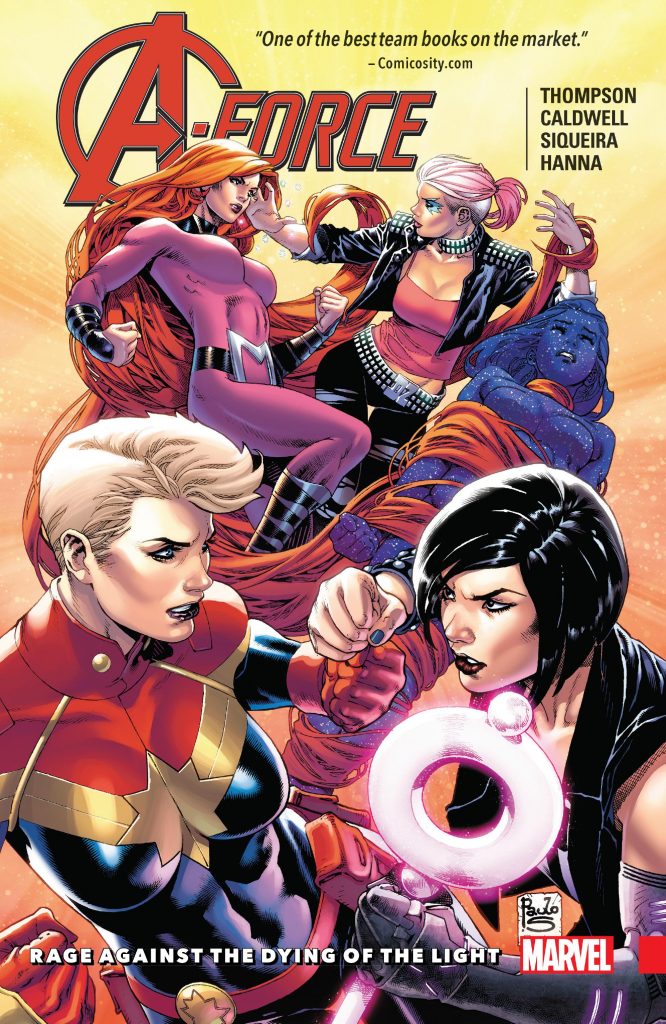 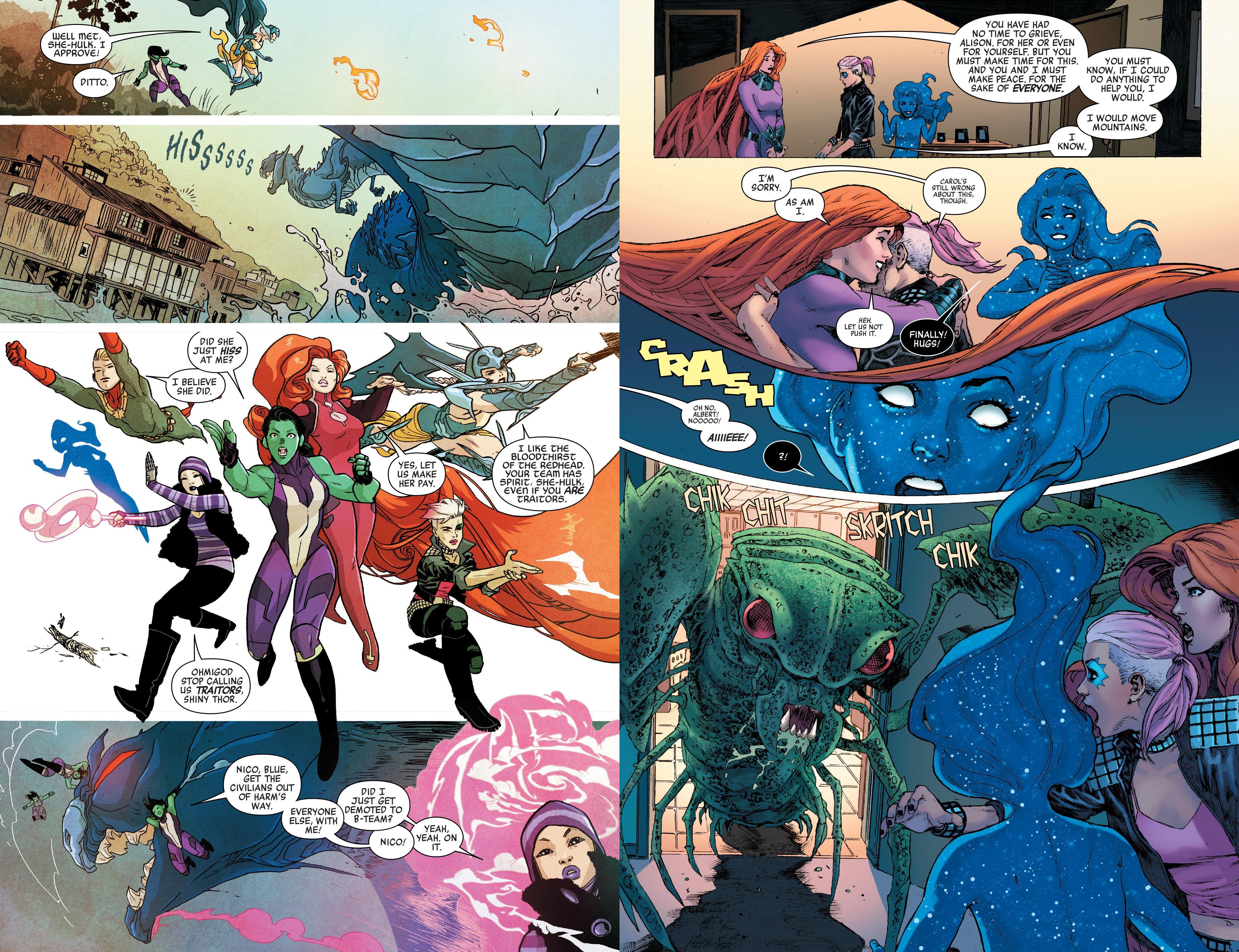 Both previous A-Force graphic novels have been a joy, but with Kelly Thompson now assuming complete control of the writing will this match them? She has a different style on her own, and a literally more down to Earth attitude about the feature. It now has more in common with a smartly written sitcom, with plenty of bonding between the cast, and an increase in the bantering dialogue.

This plot is propelled by rips in reality letting through to Earth creatures that should be nowhere near our galaxy, and as the women of A-Force dealt with the primary mess that caused this in Hypertime, they consider the mopping up is also their responsibility. It takes them to strange places in the company of a new ally. It’s a story that works, and has an unconventional ending after three chapters, but after that we have the dreaded crossover.

Marvel’s marketing department have surely done their work justifying that infesting every superhero title they produce with a crossover every year provides a sales boost as fans investigate other titles to see where the plot leads. The rate they cancel them means any boost is rarely long term. Then there’s the effect on the graphic novels, which over time have the potential to sell more copies than individual comics, but not if the content makes little sense without reference to other books. It’s really blighted, short-term thinking that results in massive changes between the third and fourth chapters here. She-Hulk is comatose (explained), Nico has a robot arm (unexplained), and Dazzler seems completely okay again (unexplained). The team are split down the middle about whether people should be arrested in advance because an allegedly unerring precognitive says they’re about to commit a crime. It’s a dilemma Thompson exploits well under the limitations, which have pretty much shredded any plans she might have had, but she neglects to explain exactly why it is that the population of a small town is transforming into giant bugs, which is rather a gaping plot hole. The story also all but sidelines Singularity, which is a shame.

Primary artists Ben Caldwell and Paolo Siqueira have completely contrasting styles. Caldwell is a busy cartoonist, whose storytelling is sometimes difficult to follow, but who can stun with his larger images. Siqueira works in picture referenced realism that’s occasionally stiff and for some reason he often resorts to drawing the cast with open pouting mouths, as if someone’s just pulled a dummy out. Both are competent enough, but original series artist Jorge Medina would be preferable. Joe Bennett also contributes pages to the finale, working in Siqueira’s style for consistency. 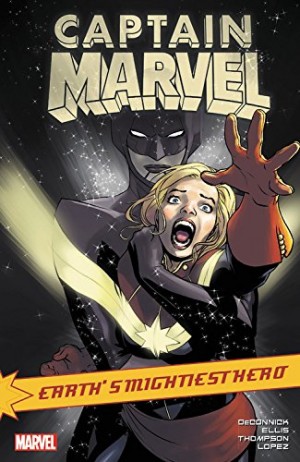