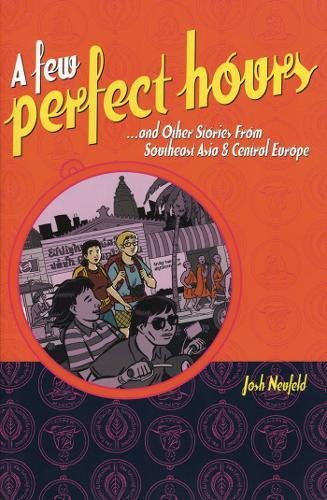 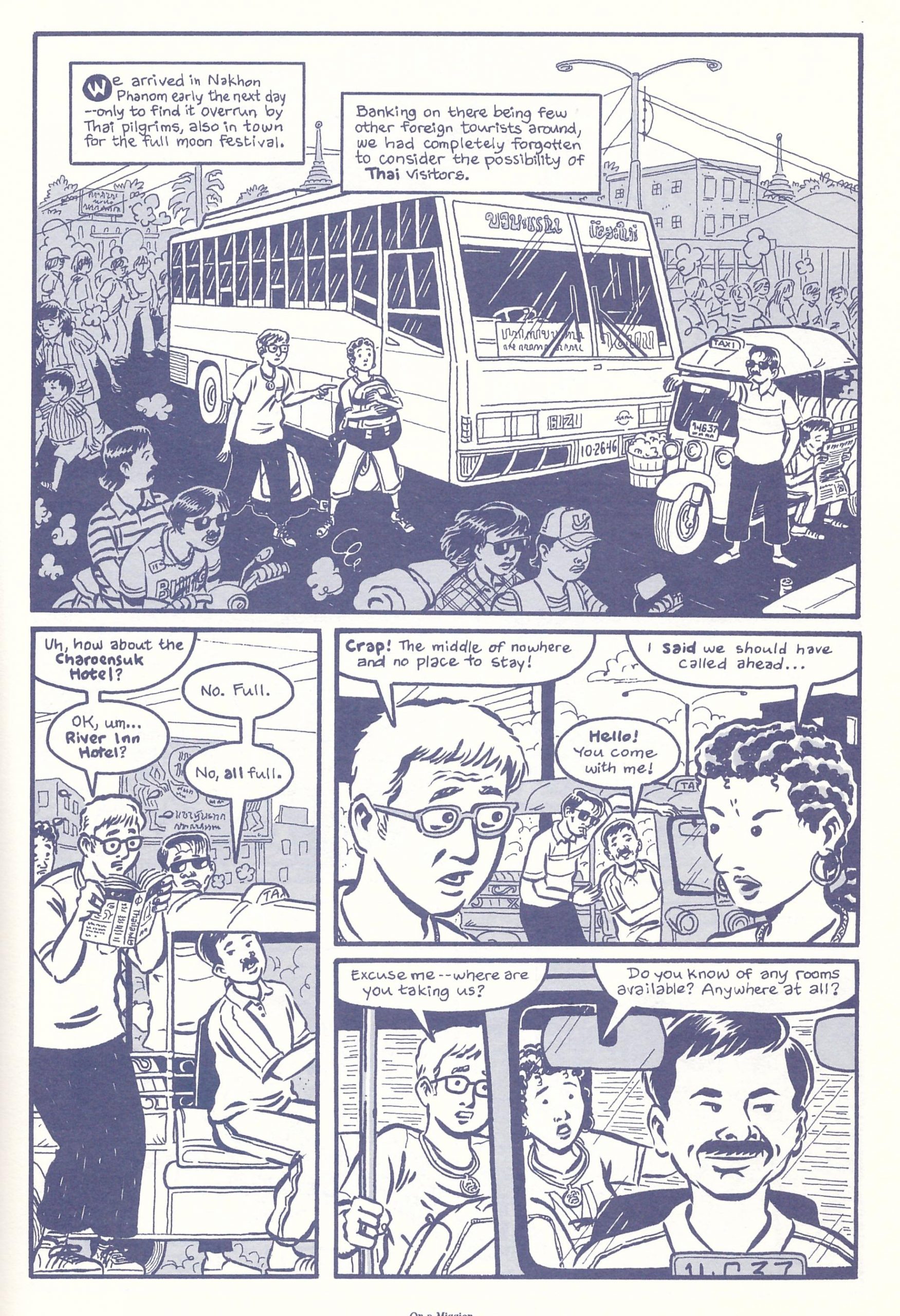 A Few Perfect Hours was self-published by Josh Neufeld in 2004, but thankfully still in print, and concerns trips taken anywhere up to a decade earlier, which remain of considerable interest. On the back cover there’s a lengthy commendation from Eddie Campbell exhorting comic artists to get out into the world and supply their observations. He’s hit on what makes A Few Perfect Hours so worth searching out, long after everyone including the creator has probably moved on. Not everyone can travel as far afield as Josh Neufeld and his girlfriend Sari Wilson did over eighteen months in the early 1990s, but everyone can vicariously benefit from their intelligent impressions of cultures where white, English speaking people and their beliefs aren’t the centre of the universe.

Adaptability and an open mind are key to the enjoyment of travel, and that’s underlined as we follow Neufeld and Wilson around. Circumstances are not always ideal, principles sometimes have to be compromised for practicality, and the greatest enjoyment comes not just from observation, but through immersion. As Harvey Pekar’s back cover quote notes, we learn not just about places, but about people, those who’ve always been somewhere, and those who’ve moved there. Josh’s personality is slightly neurotic, but the honesty of admitting a situation isn’t comfortable cements a trust in the memoir as a whole.

Hergé and Curt Swan are noted as artistic influences, both masters of clarity, and that’s filtered through to pages that supply detail without crowding, and neatness without light and shadow. Neufeld’s people are very expressive, which is needed because what’s so often represented as memorable are circumstances where there’s also a puzzling element, or something completely at odds with expectation. This might be the matter of fact incorporation of religion into Thailand’s daily life or the sad village ceremony for young conscripts at a Serbian railway station. For one story Neufeld places himself in the mind of an ice cream seller to provide a touching eulogy of how circumstances have changed in Belgrade, then a wartime capital.

For the most part Neufeld puts words in Sari’s mouth, but she writes the two pages of ‘Gynecology on the Go’, her style as effective as any of the other short, sardonic travel tips included. Here’s where to learn about squatting toilets and how much you really need in your backpack.

The final chapter is primarily set back in the USA, but fits thematically by contrasting the ceremony of a Jewish funeral with one seen in Bali. It’s a clever juxtaposition, questioning how rational tradition is when it’s reduced to going through the motions.

Neufeld’s isn’t a name generally considered among the greatest graphic novel creators of memoir, autobiography, travelogue or reportage, yet A Few Perfect Hours alone indicates he should be. Guy Delisle’s broadly similar approach is highly acclaimed, and this is just as honestly observational. It’s understanding, curious, interesting and connects emotionally. Very much recommended.