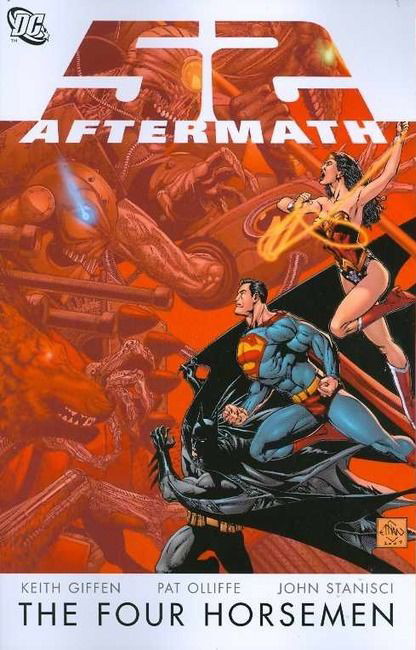 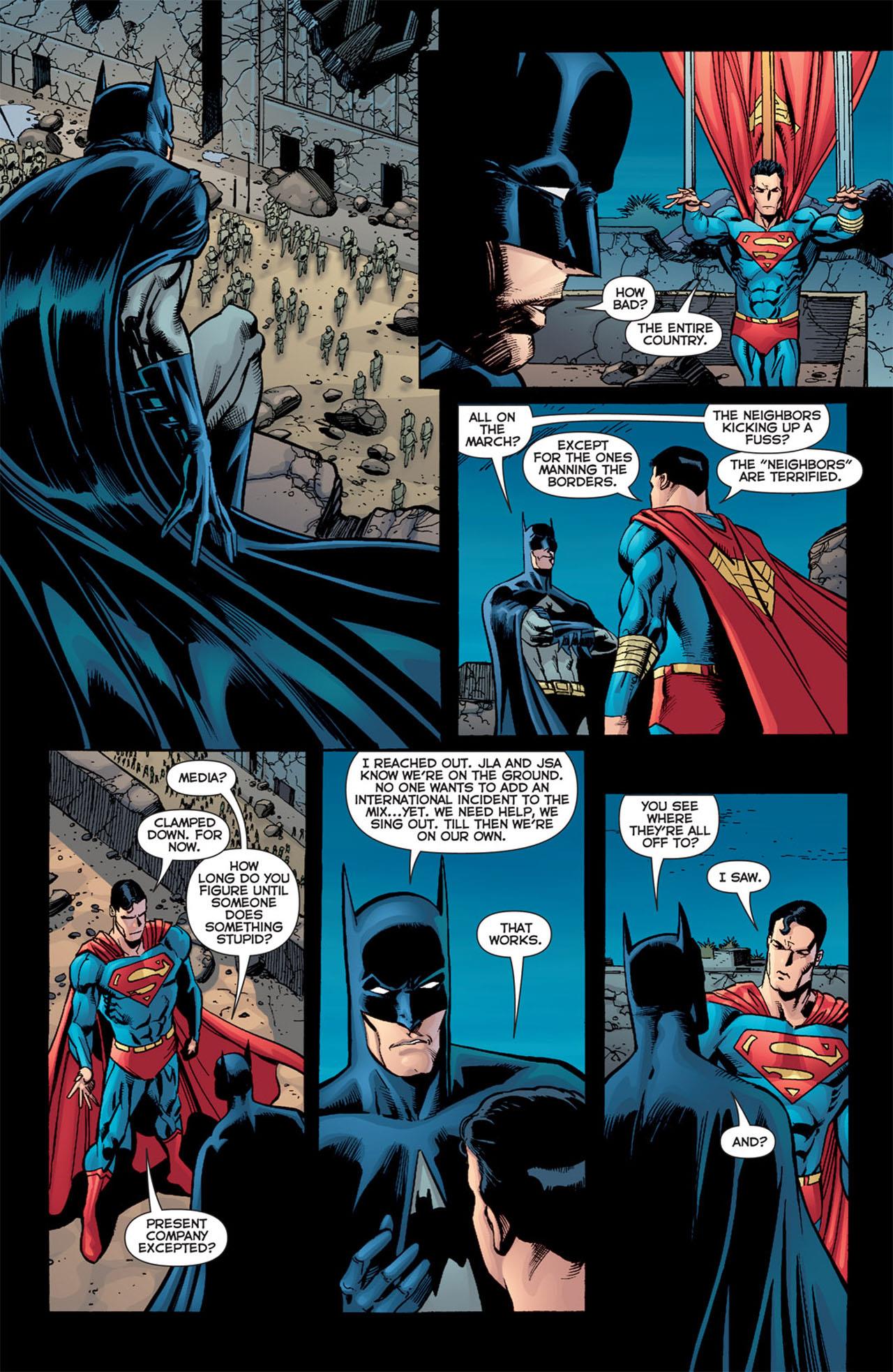 One of the many threats featured during the course of 52 was the creation of the four horsemen of the apocalypse, or a version thereof. They were unleashed to devastating effect on the sovereign, if morally bankrupt dictatorship of Bialya, and it’s here that this book opens, with journalist Clark Kent interviewing an aggrieved president.

For all that it’s a fictional state and situation, Giffen manages to inject real world problems affecting international aid agencies, noting in passing the likes of shortages, corruption and official interference preventing aid reaching desperate people. This, though, is only his opening plot thread. The assorted scientists gathered on Oolong Island as seen in 52 are still beavering away, and most pertinently, the four horsemen haven’t been entirely dealt with as presumed, and have taken more human forms.

In 52 Black Adam beat them, at a cost, but he’s no longer active after World War III, so it falls to the returned Batman, Superman and Wonder Woman to save the planet. Security agency Checkmate play a part, along with former Justice League mascot Snapper Carr, given perhaps his first decent role in fifty years, and the Doom Patrol, with Giffen’s pleasingly arrogant and abrasive characterisation of Niles Caulder noteworthy. Also important is Wonder Woman’s enemy Veronica Cale, now on Oolong Island and responsible for loosing the horsemen the first time. Again, Giffen’s characterisation of her is clever and surprising throughout.

Giffen takes a fair time building up to the full return of the horsemen, although along the way skilfully sets up the plot points he’ll require later. The horsemen themselves bring to mind the Dark Judges of Judge Dredd, single-minded in pursuit of an agenda, and if one aspect of Giffen’s plot is predictable, then the method of closing down isn’t, nor a later connected revelation.

Pat Olliffe’s art, inked by John Stanisci, is excellent throughout. Emotional characterisation? Tick. Clarity of storytelling? Tick. Dynamic layouts? Tick. Startling full page illustrations? Tick. At times it has the look of Jose Luis Garcia Lopez about it, and comparisons surely don’t come higher than that.

The execution is a little too leisurely, and the plot might have benefited from a reduction to four more compressed and packed chapters, but Four Horsemen doesn’t disappoint overall.