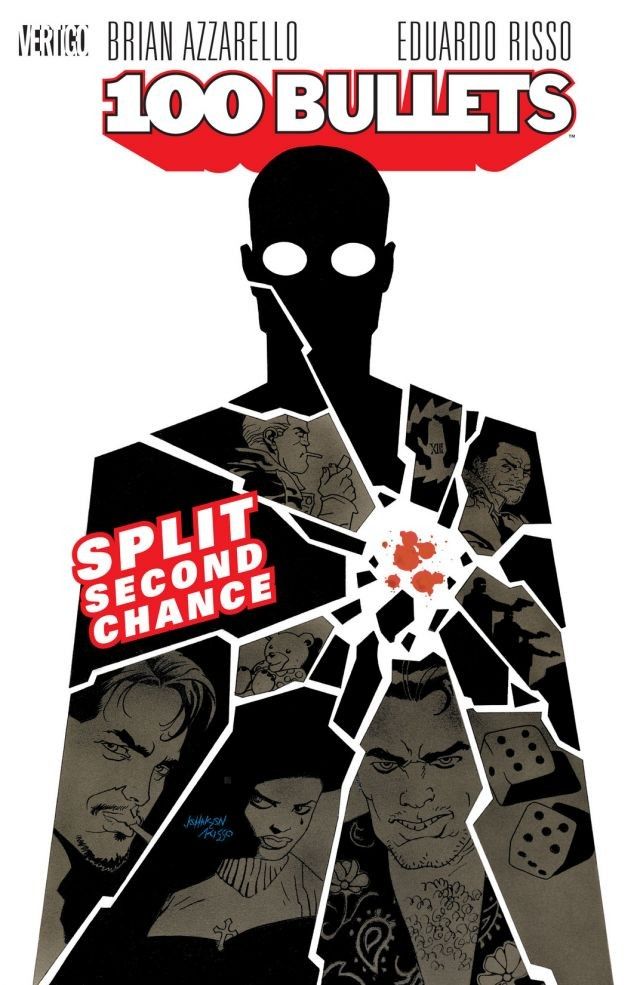 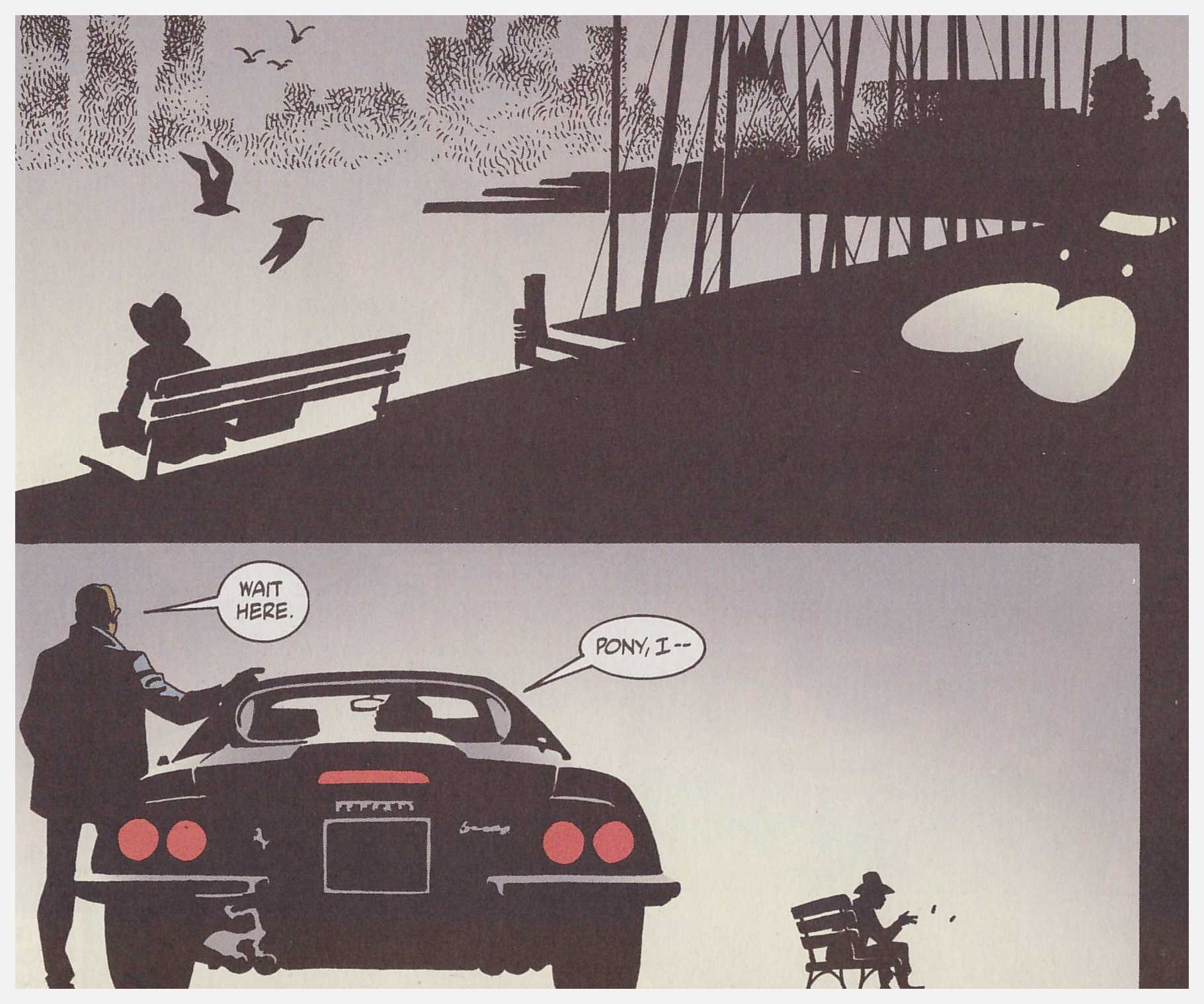 First Shot, Last Call introduced several people of relevance to the entirety of 100 Bullets, but the man who set the plot in motion calls himself Agent Graves. Tall, gaunt, well-dressed, not going to see his fifties again, he’s the dispenser of a case containing evidence, an unmarked gun and 100 untraceable bullets. The first recipient here is inveterate losing gambler Chucky, who’s done time while his best mate has built up his own bookmaking business, and we also meet Cole Burns, who has an ice cream round, and Lily Roach.

Hers is the most harrowing tale, as Graves explains in considerable detail exactly what’s happened to her daughter since their last conversation, before depositing an attaché case on the table of her diner.

This material would be excellent as a collection of pithy and brutal crime dramas, which is what they appear to be at first, but there’s a bigger picture in play here, and with it being apparent that the series is going to continue, Brian Azzarello begins to lay out the way forward. We’re introduced to Lono, properly that is. He was the brutal guy in the Hawaiian shirt taking care of business in the background of the first volume. That particular episode forms part of the cryptic conversation he has with Graves, during which the purpose of Graves’ generosity is revealed. It also leads into the bigger picture of plot and counter plot. Some people contacted by Graves were previously known to him, even if they have no recollection of this.

Eduardo Risso’s amazing art rounds off a perfect package. His people appear rubber limbed at times, yet all have substance, individuality and character. He packs his pages with background detail, astonishing clashes of light and shade, and appears equally at home illustrating action scenes or varying the viewpoints for talking heads. Risso is extremely gifted.

We also drop back in on Dizzy Cordova, the first character introduced in the series, who’s been sent to Paris to meet someone called Branch. She doesn’t know why or what he’s to tell her, but by the end of the sequence much has been laid out, although some of it obliquely. It’s the first sequence not involving an attaché case, and clarifies there’s major ramifications to what’s going on.

As was the case with First Shot, Last Call, this is a stunning graphic novel. In fact why waste your time with it? Head straight for the hardback book one of 100 Bullets Deluxe Edition, which collects both books along with the next one, Hang Up on the Hang Low.