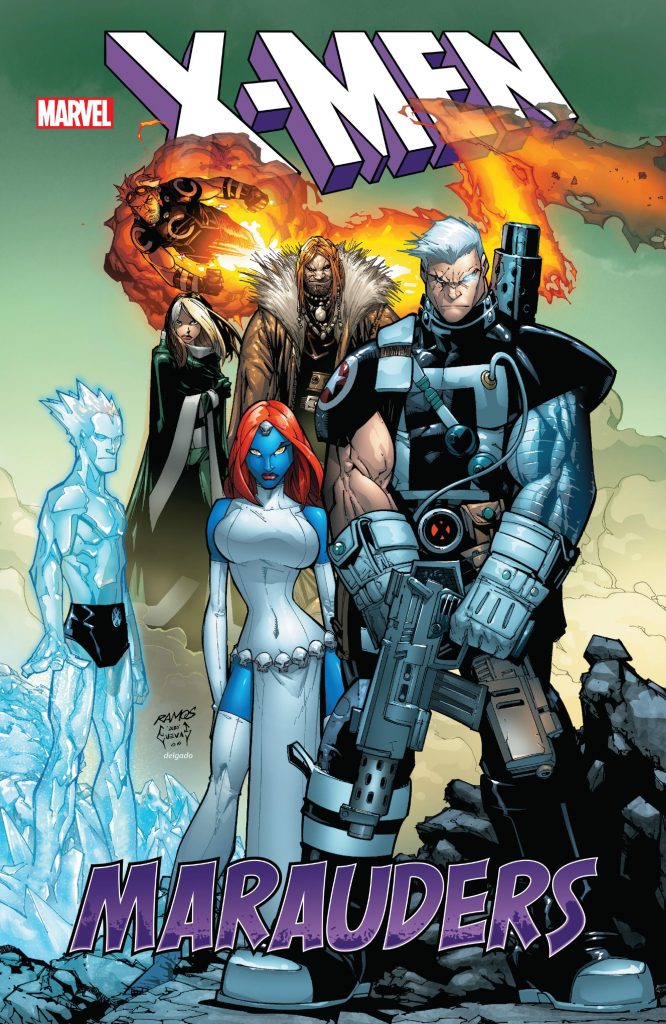 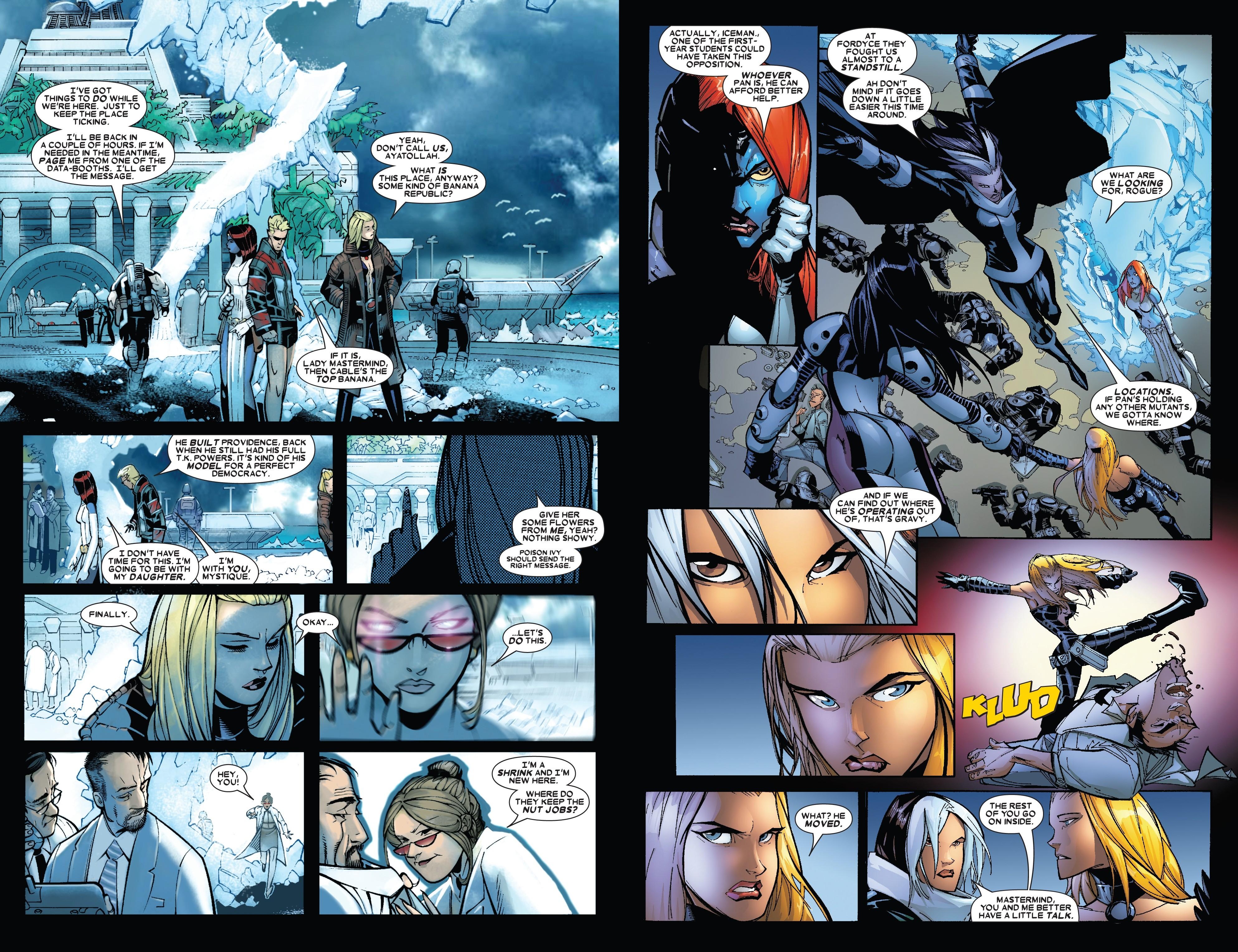 Marauders gathers just under the first eighteen months of Mike Carey’s X-Men, the stories preceding the rebrand as X-Men Legacy. His run begins with Earth’s mutant population reduced to just 198.

Carey’s either always been an X-Men fan, or his research has been very thorough. This is combined with an imaginative mind conceiving interesting new ways of looking at how some powers work, and a lack of fear when it comes to populating the X-Men’s world with new characters, and so making for a generally entertaining run. Here at least he’s also blessed by having Chris Bachalo attached as artist for around half the content. Bachalo has real ambition, his page layouts amazing from the start, and by the time we reach his work on the three chapters of ‘Red Data’ he’s looking even better. The other main artist is Humberto Ramos, who’s a real square peg to round hole fit with the X-Men. There is a form of kinetic dynamism, but storytelling isn’t his strong suit, and in places the figurework moves beyond stylistic distortion to plain poor. Mark Brooks is likewise not really at home, but Clayton Henry succeeds with the unenviable task of slotting a chapter into the middle of Bachalo’s run, and Mike Choi’s more contemplative closing chapter also appeals.

Beyond the single chapters, Marauders encompasses four stories, the best being ‘Red Data’, which starts slowly, but introduces a viable new threat brilliantly interpreted by Bachalo, the tension continually escalating until it reaches breaking point. This seems something beyond the X-Men’s power to handle. The weakest section is the story after which the collection is named. Beyond the surprise additions to old foes the Marauders, the four chapters are basically an extended warm-up for 2007’s mutant crossover Messiah Complex. Both Carey’s other offerings are nearer the top end of the quality scale. He opens by introducing a new team of immensely powerful characters with an agenda perhaps ultimately tailored to superhero comics than anything credible, but sustainable enough to produce six chapters of interest. Carey has a fascination for powers that deceive and manipulate, and the likes of Mystique, Lady Mastermind and one other are impressively used. Contrasting that is the vicious raw brutality of Sabretooth and the leadership qualities of Rogue, the X-Man most used by Carey over his run. ‘Primary Infection’ concerns a new villain obsessed with her ability to absorb the mutant powers of others, and that menace also works its way to a neat solution.

Anyone who considers Ramos ideally suited to the X-Men will probably rank Marauders higher, but Carey does his part with a stream of interesting ideas and neat solutions. The one downside to the writing is that this isn’t a newbie-friendly read. There’s an expectation that people will be familiar with a lot of the villains and with what they can do, and anyone who isn’t may find themselves wondering about motivations.

This was previously available as Supernovas and Blinded by the Light, both cleverer titles in context. Carey’s X-Men emerges from Messiah Complex as X-Men Legacy with Divided He Stands.