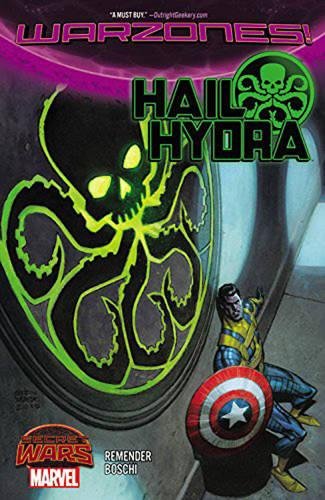 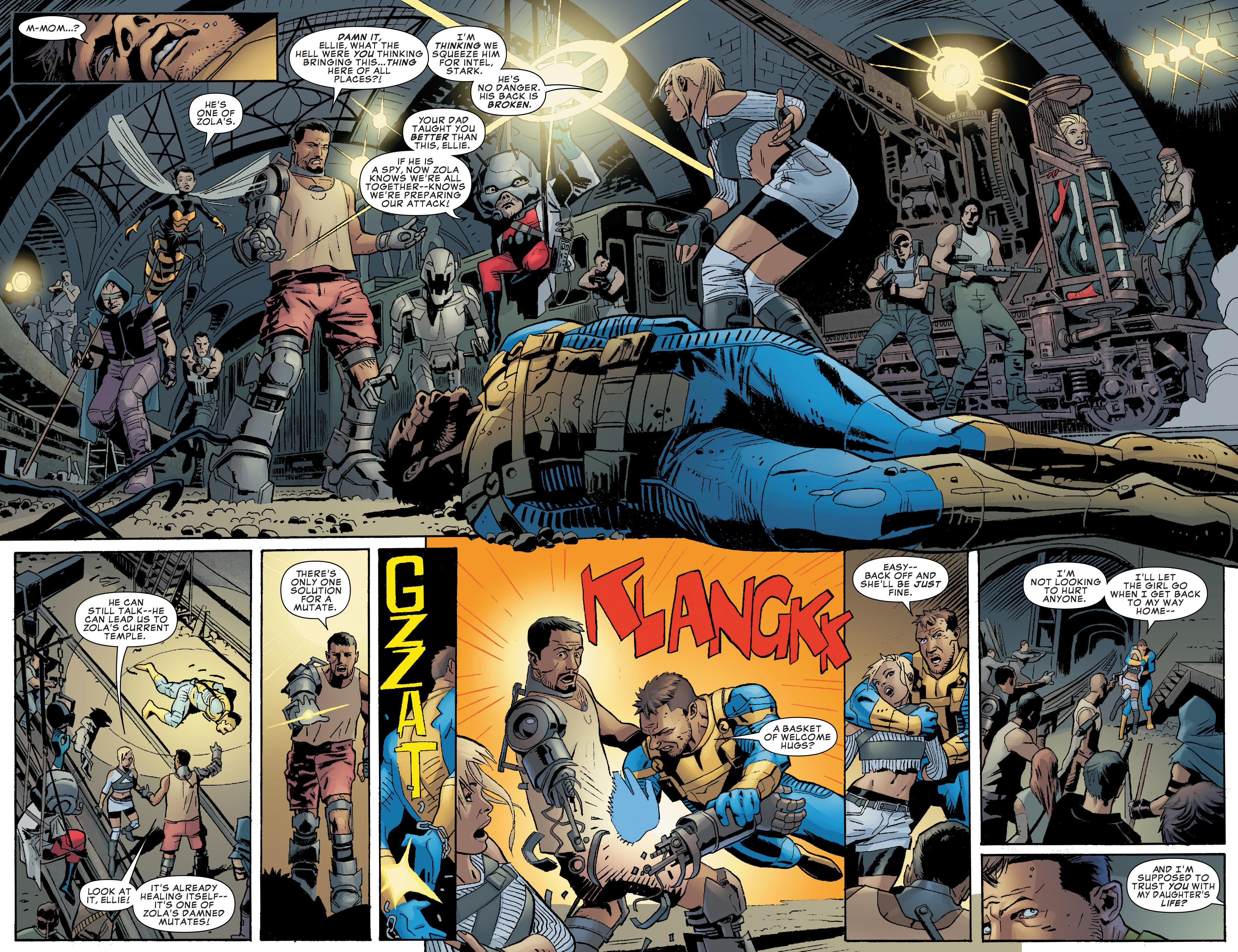 Over the course of its long and rich history Marvel has introduced numerous alternate worlds featuring variations of their heroes, or future or past iterations of known characters. Anything originally occupying more than a single comic was briefly revived to tie in with 2015’s reconfiguration of the Marvel Universe, Secret Wars, with the resulting material then issued as a phenomenal number of graphic novels. Unlike many of the others, the star of Hail Hydra is from an alternate reality of a more recent vintage, that to which Captain America was transported at the start of his 2013 series under Rick Remender.

This is the adopted son Steve Rogers trained, Ian, now Nomad, who’s arrived on a world ruled by Hydra with an iron fist within an iron glove, one where his doppelganger still serves the cause.

An element of Warzones where there’s a depressing unoriginality is stories evolving around any society controlled by what are perceived as villains in the regular Marvel universe being ones of a desperate last-ditch resistance. So it is for Hail Hydra, and Remender never overcomes the predictability he sets in motion. Further doppelgangers with known names are introduced, but there’s precious little novelty around Baron Strucker in an Iron Man suit. There’s a greater disappointment than in other Warzones titles, as while not a perfect writer, Remender’s never wanted for imagination and ambition, and this is so ordinary. That is until the final few pages, where there’s finally some inspiration as Remender makes good use of another aspect of his Captain America series. It’s not enough.

Roland Boschi is another of the 21st century European artists employed by Marvel who have strong storytelling instincts, take their artistic influences from outside superhero comics, and have the time, skill and inclination to provide backgrounds for their characters. There’s also an anonymity to his pages, though.

The secondary feature is connected via the Hydra theme, and David Mandel opts for bathos in contrasting Hydra’s world conquering ambitions with Johnson’s failings as a father and husband, nagged by an ambitious wife. Reconfiguring the global terrorist organisation into a domestic and office comedy plays to Mandel’s strengths (he has a long career in TV shows), and the awkward tedium of Johnson’s home life is wonderfully extrapolated. Artist Michael Walsh plays the comedy straight, and it’s all the better for that, and the funeral scene is great. Those who’d prefer Marvel didn’t debase their characters by making them funny will hate this, but in terms of originality and entertainment it’s significantly better than the lead feature.