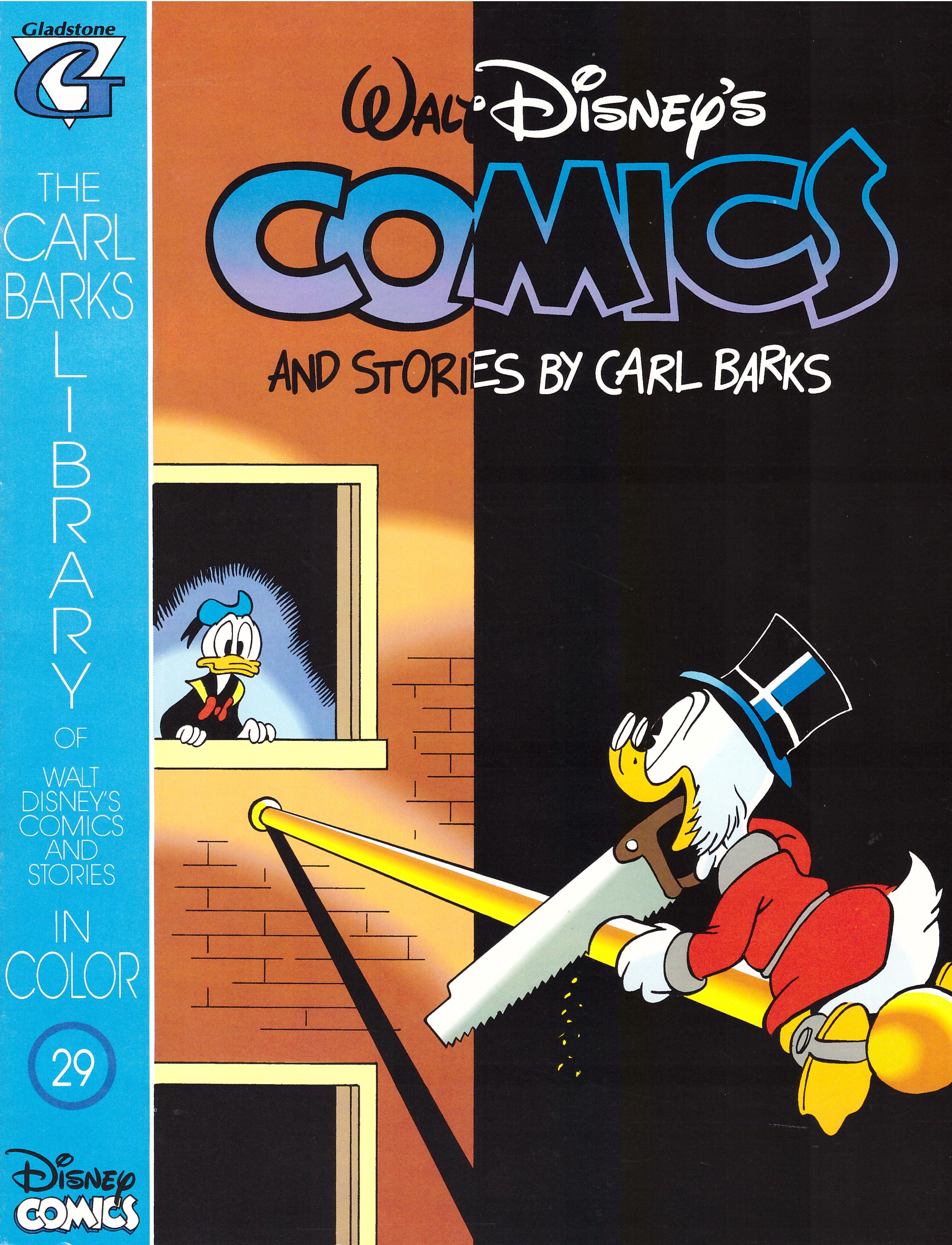 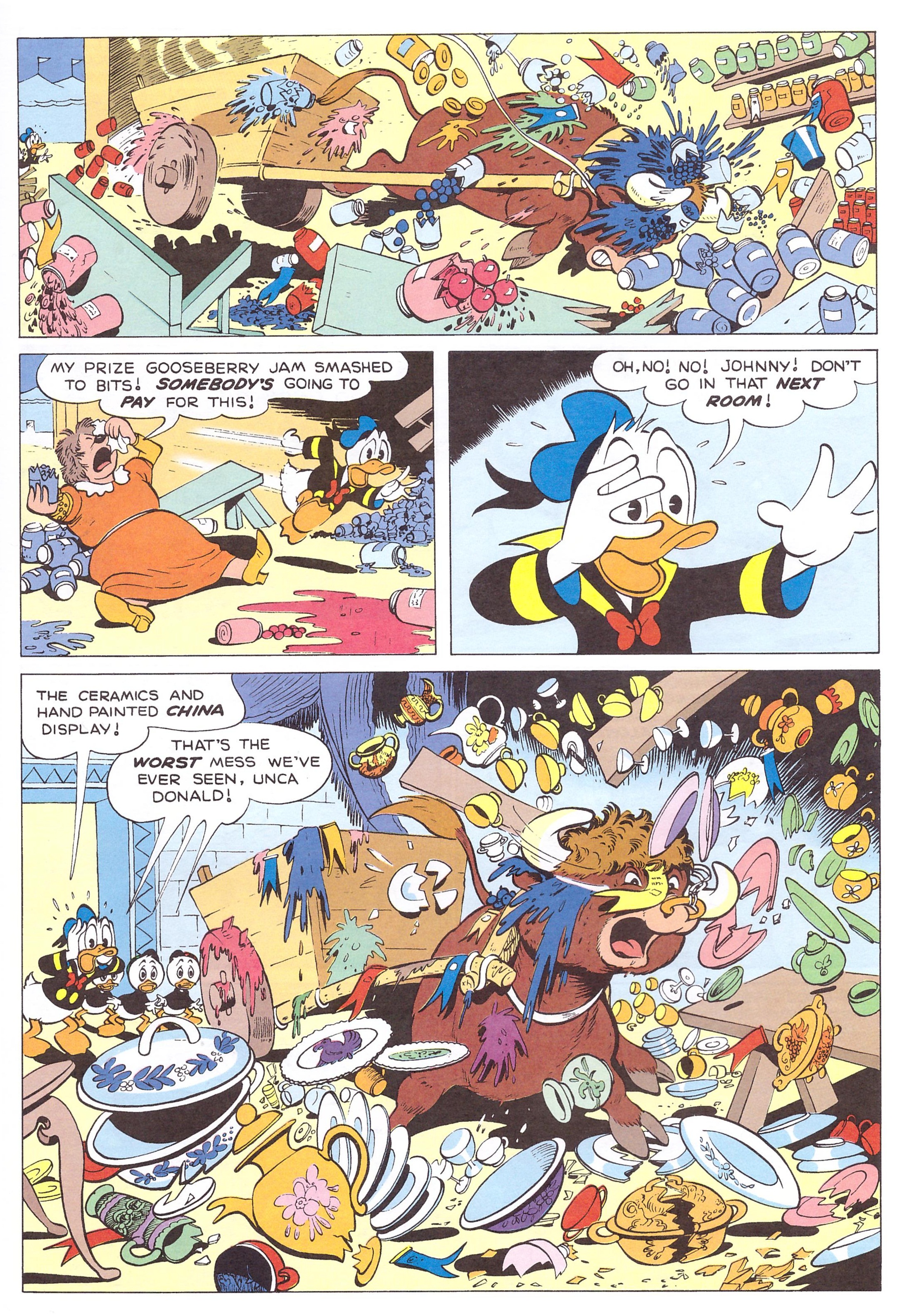 In 1955 was there another comic creator anywhere in the world crafting their work to such a high standard so consistently and prolifically as Carl Barks? It’s a question asked in all seriousness. One thing’s for sure, no-one else who could be considered in the same class was labouring in anonymity, known only to their young fans as “the good duck artist” due to the insistence that only Walt Disney’s name was associated with the comics.

Each of the five stories in this collection is an absolute gem, showcasing the various aspects of Donald Duck’s character, even the explosive temper tantrum, largely sidelined since Barks’ early days. The opener sees Donald wanting to prove himself and earn the respect of Huey, Dewey and Louie by becoming a super insurance salesman. Considering there’s no point in starting at the bottom, Donald vows to sell a policy to Uncle Scrooge, from where Barks takes the story into joyful wild unpredictability, enabling the slapstick that the theme may have suggested was absent.

Next up the Junior Woodchucks are outraged to receive a challenge from the Duckburg Chickadee Patrol. Overlooking the dated reaction to the idea that girls are competent leads us to helpful Donald, wanting to overcome a disadvantage under which the Woodchucks have to operate. It’s a relatively serene Donald who begins the next story, unconcerned that he can’t recall his nightmare in the morning, but his nephews have read a newspaper horoscope claiming his dreams will come true. So when he takes charge of a gentle bull, what could possibly go wrong? The sample page is a rare case of Barks letting loose himself, breaking away from his strict eight panel grid to suitably convey the mayhem.

A love of the absurd continues with Barks introducing humane hunting, where Donald attempts to blind the prey via Gyro Gearloose’s custard gun, then hogtie it while it’s confused. Some readers will view the entire concept of hunting animals differently today, but in 1955 Barks intended this as a form of kindness, and let’s just say that no fictional wild animals were killed in this story as Barks plotted a parade of mishaps. Having used up his large panel allowance in the previous story it could be argued he undersells a gag with moose at the end by restricting it to a small panel, but it’s a surreal gem. The lovely scenery is also notable.

Barks had long tailored his short stories to reflect the month of publication, and so for the January 1956 issue of Walt Disney’s Comics and Stories, probably on sale in November, it’s winter. Barks runs a variation on a plot he’s used before, that of Donald’s determination to bring his nephews to book, and their wily ways of outwitting him. Donald’s tenacity is on show here, the humour coming from one beautifully realised humiliation after another. As was the case in an early Barks classic ‘The Iron Duck’ (see volume 1) the culmination is an attempt to breach a sturdy ice fortress, but plenty of good gags lead up to it.

It’s clutching at straws to find anything wrong with these five stories. It might have been nice to have seen Gyro rather than only have him mentioned, and there’s no Gladstone Gander, but he appeared in volume 28’s final story. As Fantagraphics continue their chronological reprinting of Barks’ work, this material will eventually be collected with his longer stories from the same period. 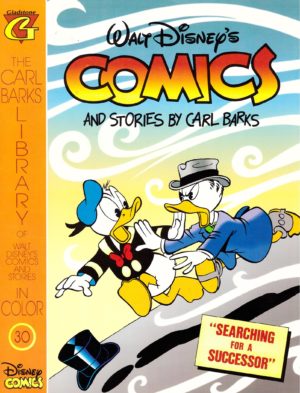 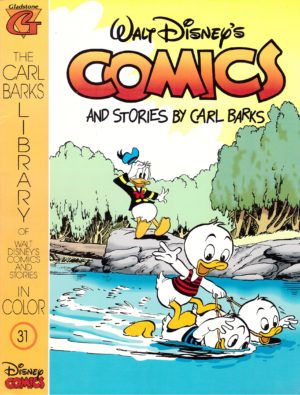 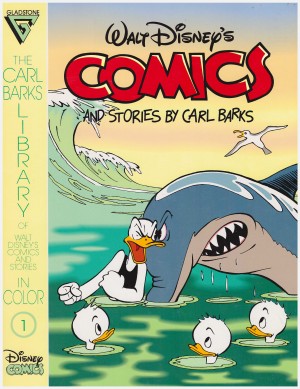 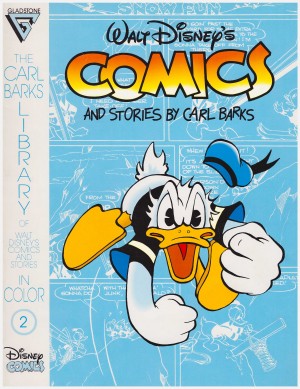