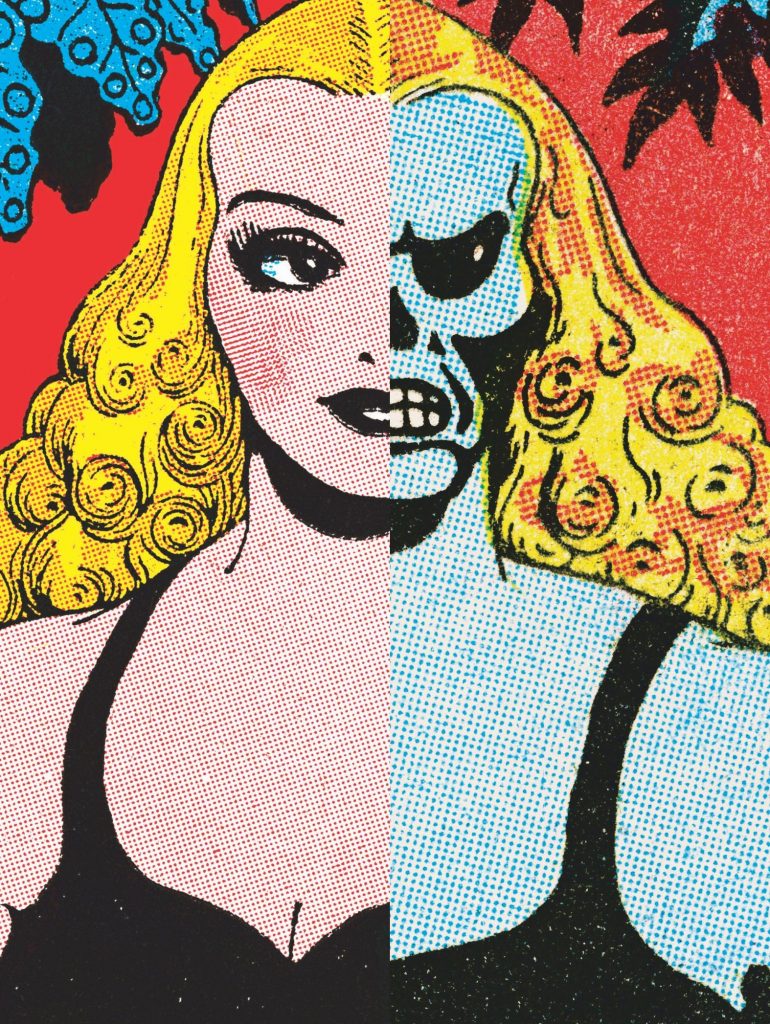 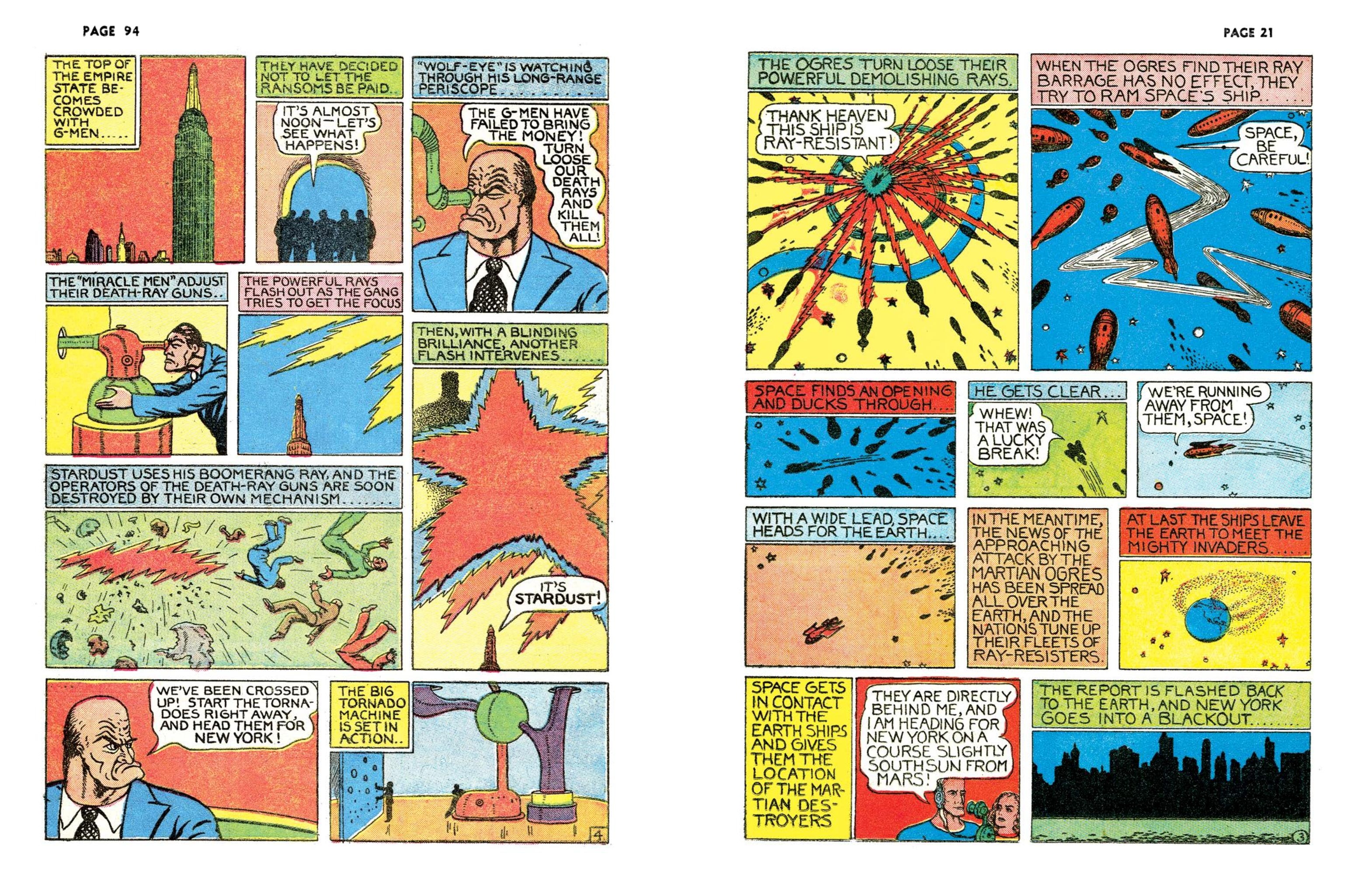 Fletcher Hanks worked at the very dawn of American comics, his brief career comprising 51 stories compressed between 1939 and 1941. The new artform had no rules, and it’s doubtful Hanks would have followed them anyway. Hanks wrote and drew his strips, and his was an utterly unique and completely bonkers approach to comics, spanning several genres without logic, featuring grotesque people and aliens, with names and plot devices that could have only been generated by him. Who else would consider the name Rip-The-Blood suitable for a villain? Or come up with a plot where 50,000 giant lions are captured in Africa and set loose in New York?

While he generated other seemingly less popular features, most of Hanks’ work is concentrated on four characters. Superhero Stardust and jungle queen Fantomah are almost all powerful, Fantomah being described as the most remarkable woman who ever lived, and Stardust as the most superior man that ever lived. Both are fiercely protective of their domains, and both dispense gruesome justice for evildoers. In comparison Space Smith is a bit of a drip as he cruises from planet to planet using his wits and fists to deal with alien tyrants, accompanied by his cheerleader Dianna. Red McLane is magnificent, a hulking lumberjack able to take on any ten men with his fists, his logging areas forever being invaded by saboteurs. His is the only story that comes to a natural conclusion.

Before or since, there’s never been an artistic approach to match Hanks. It’s fifty/fifty whether you’ll be able to figure out what’s going from just looking at the art, such is Hanks’ fondness for an abstract illustration accompanied by a descriptive text caption. At its most extreme, Space Smith is only actually shown five times in one of his six page strips, once in silhouette, as Hanks fills the panels with nutty aliens and spacecraft. The latter fire towards circular planets in the sample art, and a viable guess as to the content without reading might be Hanks adapting a biological reproduction film.

It’s down to Paul Karasik that Hanks has been rediscovered, his work spread over two paperback collections combined here, I Shall Destroy All the Civilized Planets and You Shall Die by Your Own Evil Creation, the books titled after lines of dialogue. Karasik’s work goes beyond curation, though. An informative introduction gives as much background information as is known, and Karasik’s final strip details his search for information, eventually contacting Hanks’ son. Sadly, in human terms, Hanks proved to be as nasty as some of his creations.

Karasik in his enthusiasm makes a compelling case for Hanks to be considered a visionary creator. That’s beyond question, but for every panel that’s gracefully illustrated, proving Hanks had genuine artistic talent, there are a dozen just hacked out as quickly as he could, and the comics aren’t memorable because they’re good, but because they’re flat out bizarre. You can overdose on Hanks’ unique vision, so for maximum impact Turn Loose Our Death Rays and Kill Them All is a book to be sampled gradually rather than gorged.