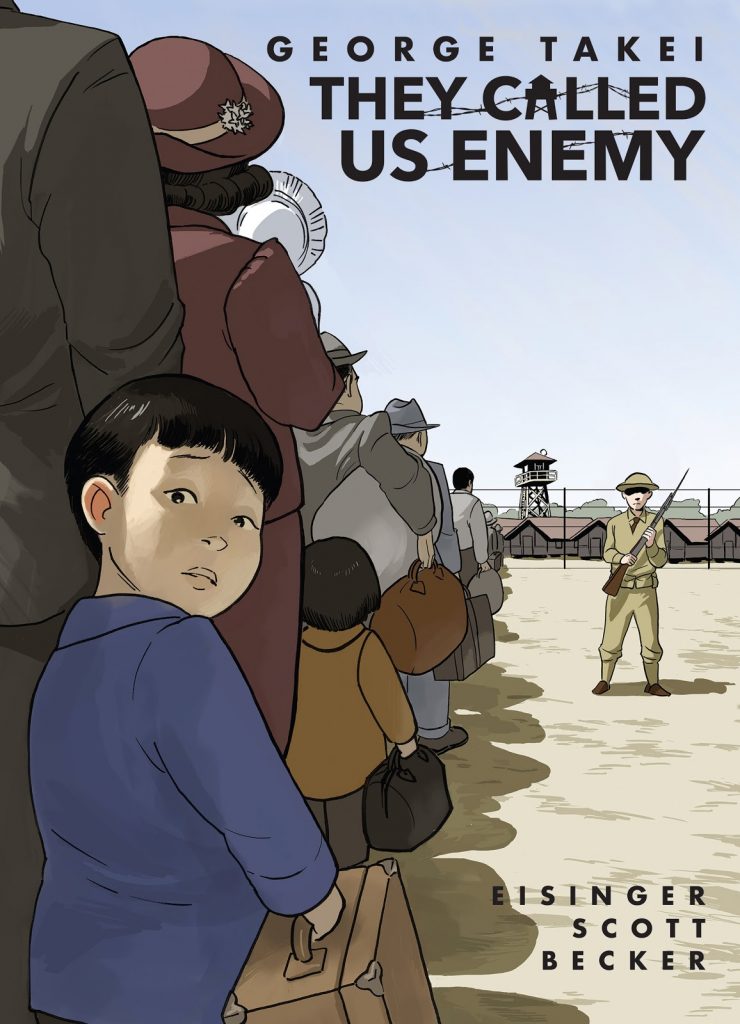 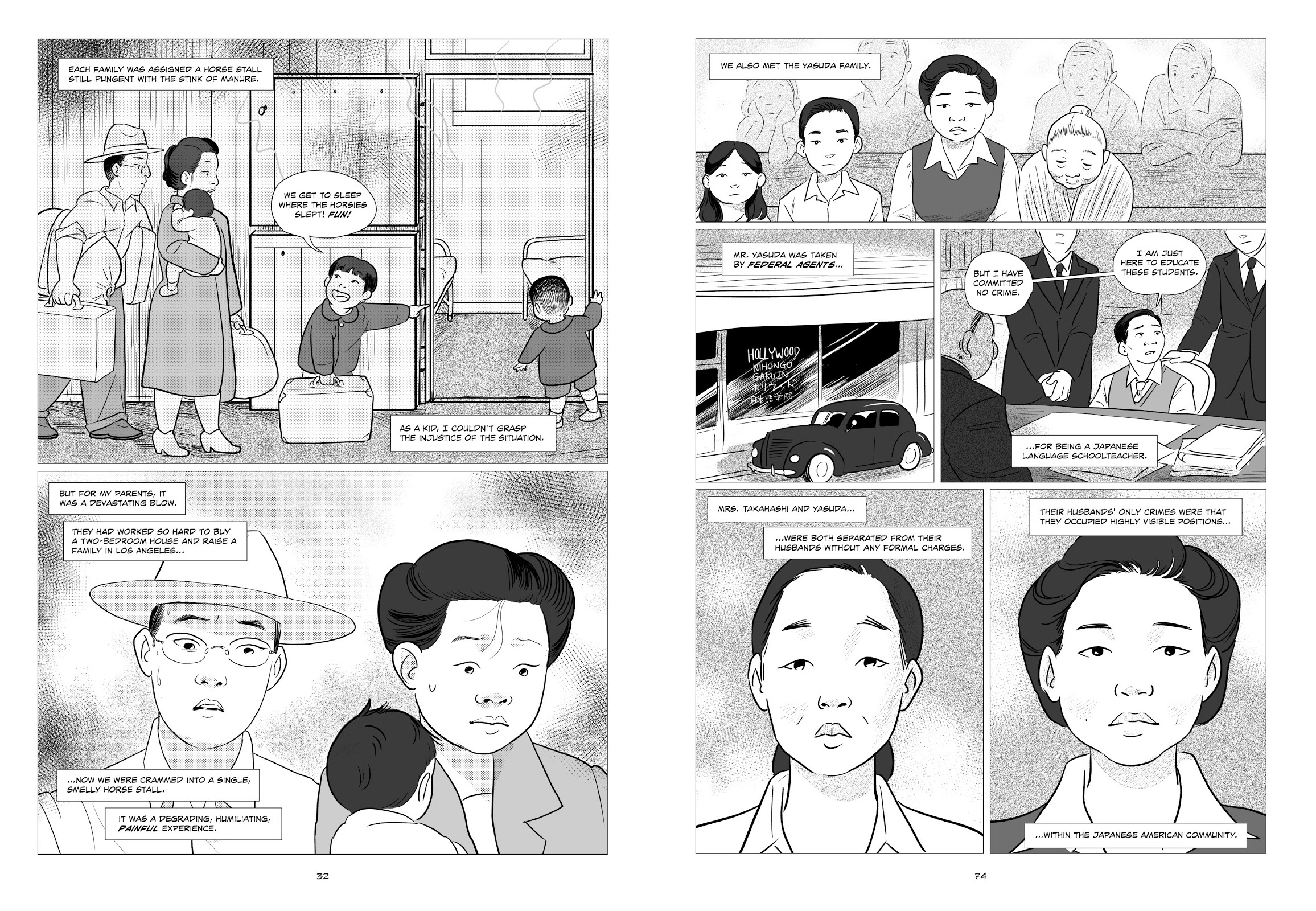 The US response to being attacked by Japan during World War II was to round up all Americans of Japanese ancestry, along with all Japanese living in the USA and confine them to internment camps. There was no vetting process, and so little humanity. It’s not the only over-reaction in the name of protecting the American people in the 20th century, but remains a moment of national shame. Still best known for the role he played in Star Trek during the 1960s, George Takei was five when his family was among those rounded up, his mother born in California to Japanese immigrants and his father an immigrant himself as a teenager over twenty years previously.

No exact breakdown of the writing duties is provided for what’s partly Takei’s own experiences and partly the historical background. The narrative is Takei’s own voice, switching between a 2014 Ted Talk and a 2017 talk given at the F.D.R. Museum and Presidential Library, both providing some of the experience. What’s clearly transmitted is the effort made by his parents to conceal their own fears from their young children. By the time they were transported by train from California to Arkansas they’d lost their homes, their belongings, their freedom and their dignity. The injustice is extremely emotive, with Harmony Becker’s simple black and white illustrations drawing some of the sting from appalling treatment.

They Called Us Enemy conveys the political hypocrisy well, not only using the inflammatory language of the times, but also the devious procedures whereby people were unjustifiably confined, then able to earn their freedom by swearing allegiance to the people who’d imprisoned them. Some had been denied American citizenship when applying in the 1930s, and the repression continued throughout the war. Eventually internment became an early and completely unheeded lesson for the US in how the lack of justice is a powerful tool of radicalisation. Restitution was made, but too little and too late.

While he was young enough that a lot passed him by when in the internment camps, Takei rapidly learned how the way he looked could induce immediate prejudice as he attended school, and his experiences developed an activism that persists late into his life. Those interested in celebrity aspects of his adult career are fed a brief recap as They Called Us Enemy runs to a close, but it feels a tacked on concession until it leads into Takei’s first dealing with the topic of internment in a stage play. Although largely defined to most by his acting career, this graphic novel cogently explains how Takei himself has been defined by his youth. It’s a moving and blood boiling read, and Takei’s powerful recollections deserve a wide audience when walls are again being built in the USA, the now familiar tactic of demonising a certain group of people callously being used by manipulative politicians stoking the worst of American ignorance.