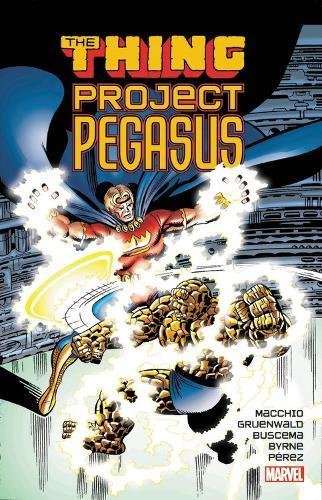 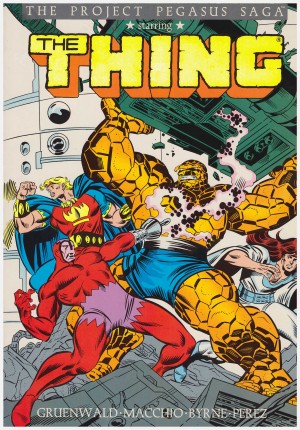 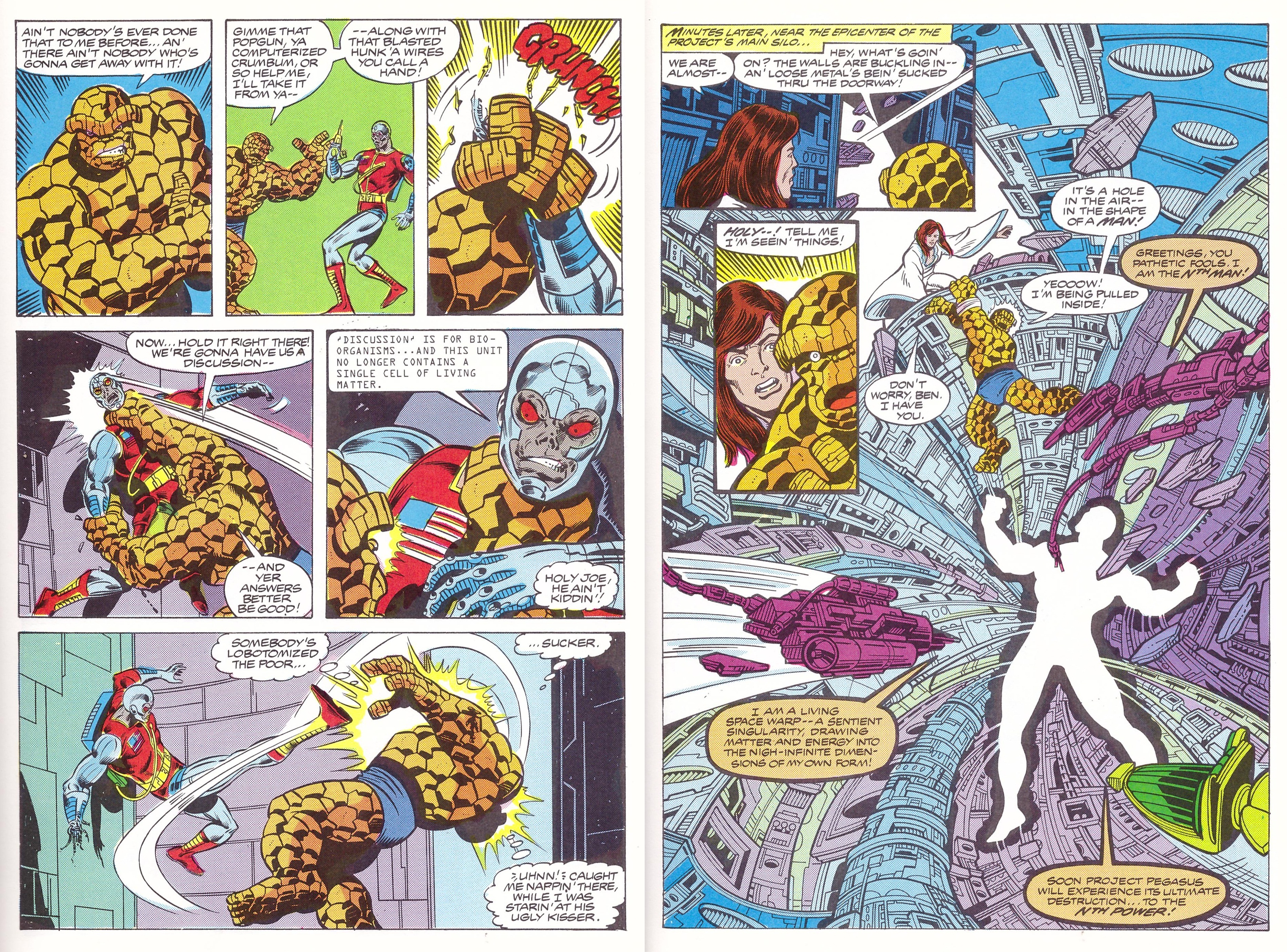 Introduced to Marvel continuity in the late 1970s, Project Pegasus is a covert scientific research centre doubling as superhuman prison. What could possibly go wrong? A 2018 reissue bulks out what’s previously been published as the title story with more material set at the facility.

When first published as individual issues, the core six chapters formed quite the story to excite. For starters three chapters apiece were drawn by hot pencillers John Byrne and George Pérez, their art elevated by inkers Joe Sinnott and Gene Day respectively. The Thing was then among the first tier of Marvel popularity, hosting a monthly team-up title, and the story’s guest stars were among the obscurities at Marvel, and rarely seen. Yup, in 1979 this was quite the humdinger.

The good news is that, for the most part, it stands the test of time, still delivering a suspenseful superhero story as a succession of calamities beset the well conceived and contained environment of Project Pegasus. Writing team Ralph Macchio and Mark Gruenwald provide good reason for each character’s presence at the experimental energy facility, and unusually for the era, don’t shuffle them off stage once their cover headline status has expired. The odd interludes of Amazonian warrior Thundra’s wrestling career eventually segue into the main story, and nice touches include the Thing being castigated for battering the child-like Nuklo, the transformation of Wundarr (although with some awkward expository dialogue), and dealing with the eventual villain of the piece. Macchio and Gruenwald also commendably change Bill Foster’s superhero identity from the patronising Black Goliath to Giant-Man, although Byrne’s new costume for him is 1970s excess, doing the character’s credibility no favours. Other elements rooting the story very much in its era include incessant continuity references to previous appearances, and opening ‘misunderstanding’ causing the Thing and Quasar to fight each other on first meeting.

So much for the main course. What Marvel have now surrounded it with is altogether less appetising. Macchio’s prelude is steeped in the shorthand storytelling clichés of the era (heroes fight over a misunderstanding, villain explains themselves before death trap, lots of thought balloons), and that’s before a daft story about an entropy cult. The final story concerns Spider-Man trying out for the Avengers, courtesy of a relatively novice Roger Stern. He’d go on to write some great Avengers stories, but this is by the numbers, with basic Al Milgrom art. The Avengers first see off the Lava Men invading Project Pegasus, then a batch of freed villains.

All things considered, you’d be better off saving money and going for one of the earlier editions, which would add a star to the rating. They feature the core six chapter story, and a bonus teaming the Thing with the Impossible Man, an immature pointy headed green alien. There’s no reason for its presence, but it adds value to an already worthwhile package, the repeated hat gag is a good one, and the art team of Pérez and Day shine. 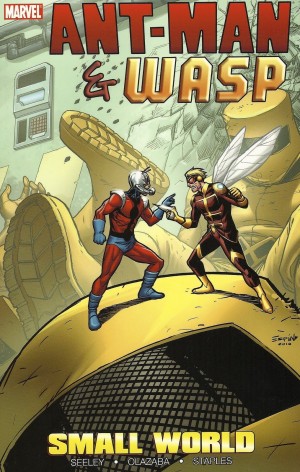