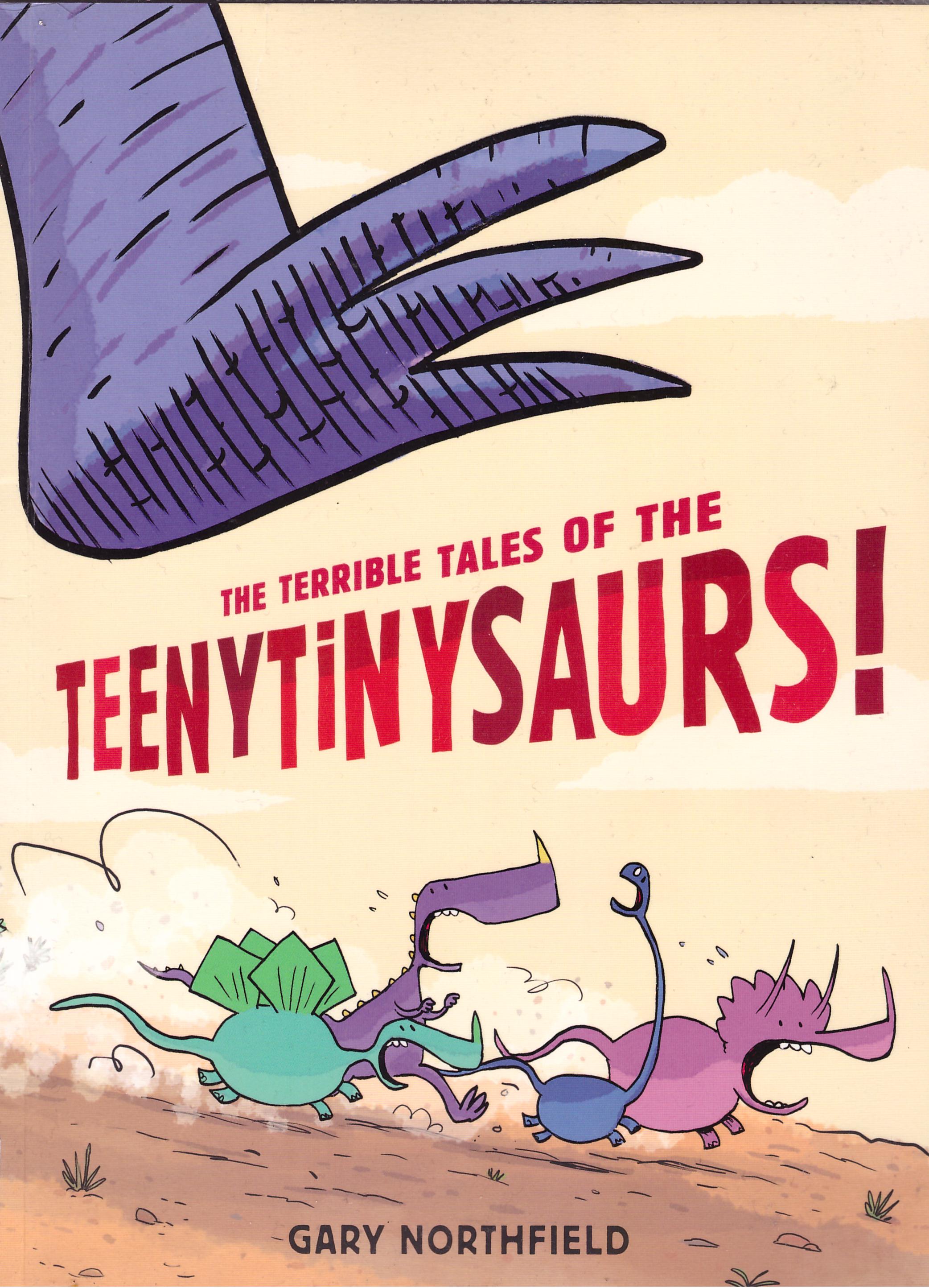 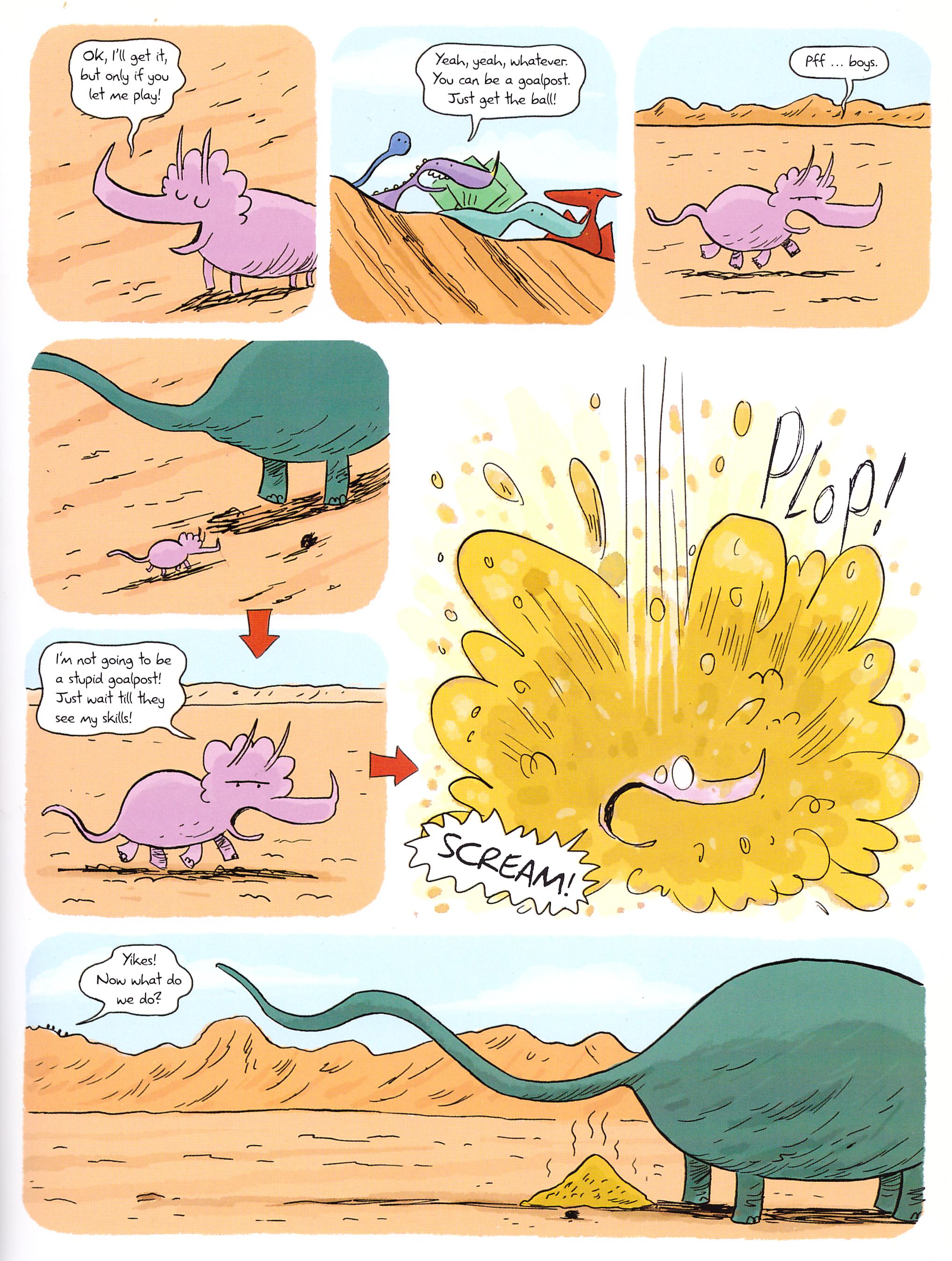 You’ve got to appreciate an author whose closing message is that he loves dinosaurs so much he hopes to build a time machine with the profits from The Terrible Tales of the Teenytinysaurs so that he can go back in time and view them for himself. Such is Gary Northfield

A page of illustrations accompanied by character profiles are our introduction to the five primary Teenytinysaurs, Dave, Natasha, Reggie, Ronnie, and Thomas before presenting seven of their adventures. These are only miniature dinosaurs in the sense that they’re children, and Northfield presents them as similar to human children, with a curiosity about the world that can lead to danger. Northfield is inventively amusing in creating those dangers, the opening stories featuring the cast covered in snot, in dinosaur crap and a tour into the stomach of a larger dinosaur, the kind of gross ideas that make adults shudder, but which kids love.

Northfield’s art is loose and his characters bendy on generally simple colour backgrounds. It’s enough to serve the story, but nothing you’d want to hang on the wall. Occasionally, though, he surprises, making spectacular use of the seaside and marine environment in the final story, and the spread cutting away into a dinosaur’s stomach is detailed, revealing and hilarious. He also includes a dice game (dice not provided) where the readers are responsible for getting Dave and Thomas back home safely from the moon.

The plots are inventive and good-natured as the teenytinysaurs consistently find trouble, but the danger levels are age appropriate, so no child will have nightmares after bedtime reading.