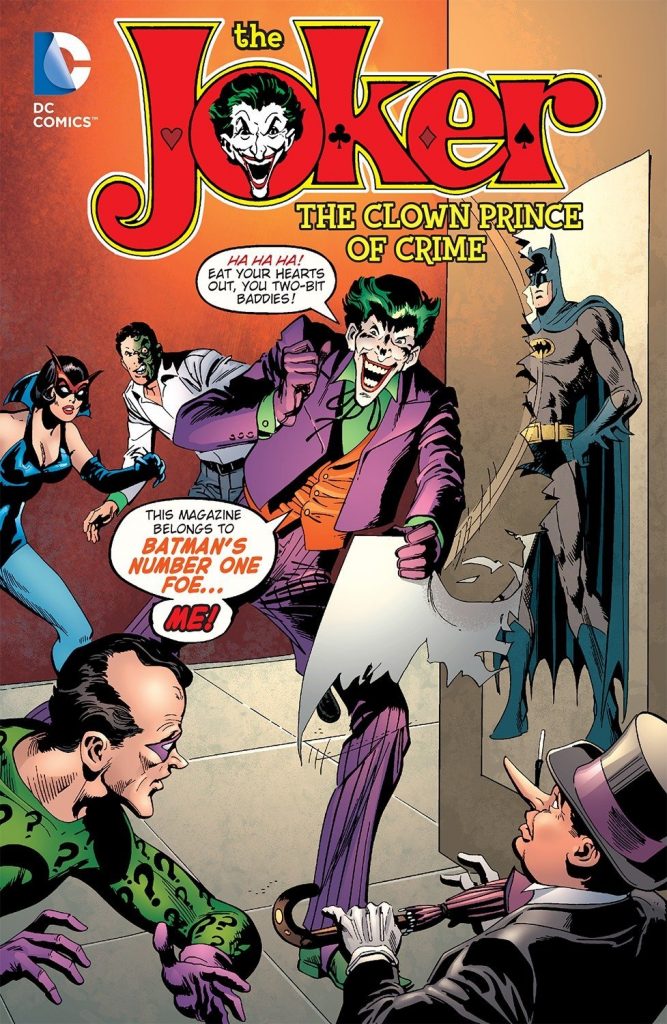 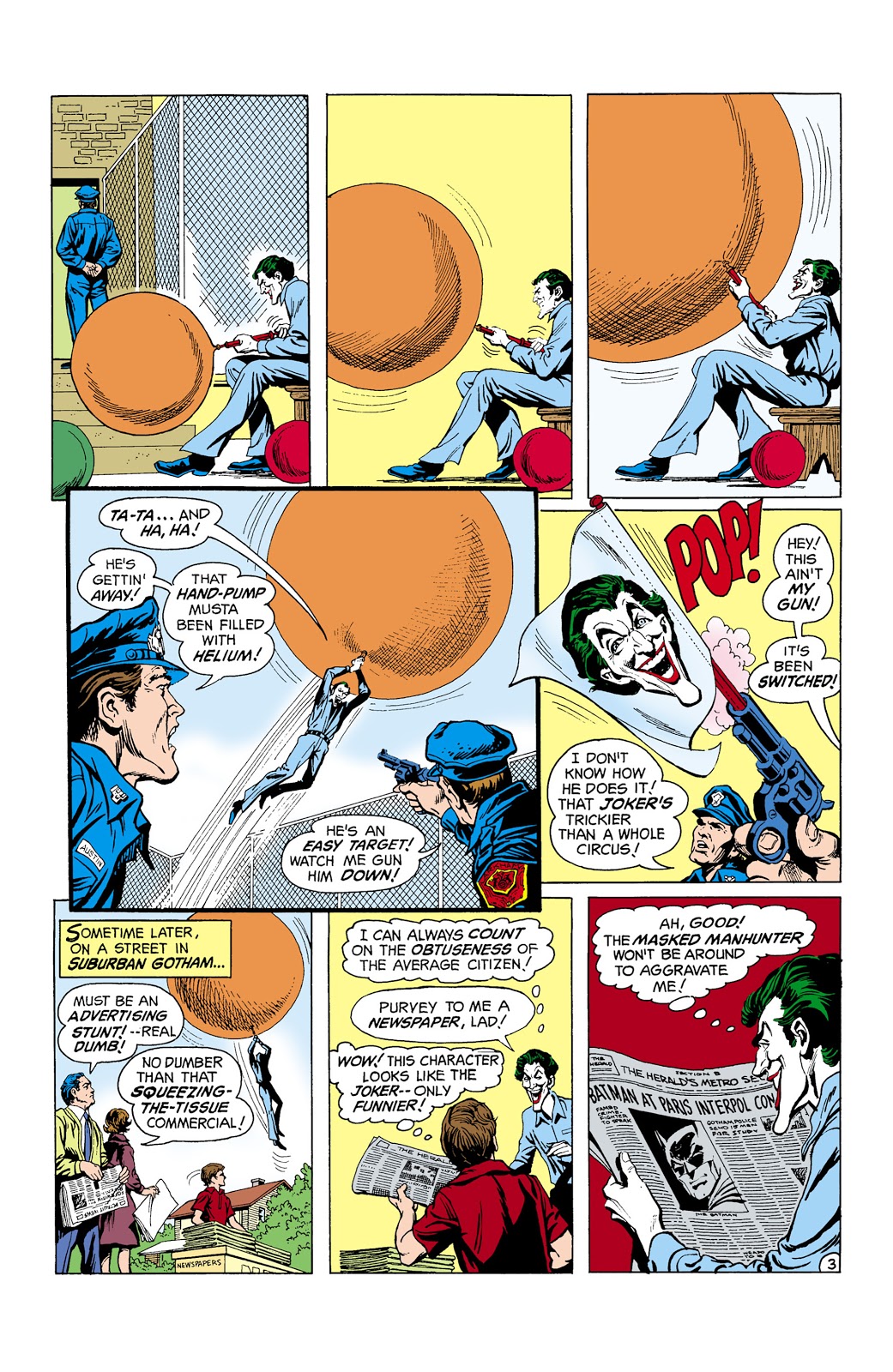 The Clown Prince of Crime is a curiosity, the complete reprinting of a fatally compromised 1970s series starring Batman’s most famous foe. In 1971 Denny O’Neil and Neal Adams successfully reinvented the Joker, pulling him away from the cackling Cesar Romero version of the 1960s Batman TV show, and setting him on the path to the primal homicidal force he is now. However, in the 1970s DC still dutifully submitted everything they published to the Comics Code Authority, who enforced the standards of the 1950s to ensure comics were wholesome entertainment for youngsters. Among their strictures was that crime could never be portrayed in a manner creating sympathy for the criminal, and there should be no disrespect of civil authority figures. Furthermore “In every instance good shall triumph over evil and the criminal punished for his misdeeds”. It left very little room for manoeuvre when having an insane gangster host his own series.

The most successful extrapolation is an opener in which O’Neil pits the Joker against fellow Batman villain Two-Face, insulted that he’s been considered the inferior villain. O’Neil sets up the indignation well, the knockabout farce of the plot is novel for a single story, and it’s funny in places. However, the idea of pitting the Joker against fellow villains to avoid evil triumphing over good wears very thin by the end, by which time we’ve seen the Joker gloating over Catwoman, Lex Luthor, the Royal Flush Gang and the Scarecrow. Batman is nowhere to be seen, but the Joker takes on fellow loon the Creeper, Green Arrow because he’s fallen for his girlfriend Dinah Drake, and even Sherlock Holmes. Yes, Sherlock Holmes! This is an actor given a bump on the head from which he recovers, but believing he is Holmes. It’s actually one of the better stories, O’Neil shamelessly throwing in strained Holmes references. “From your rolling walk and rope-scarred fingers I perceive you were a sailor”, starts Holmes. “I used to work on the docks”, replies his new friend, “In fact my nickname is…” “Elementary!”, interrupts Holmes, “you’re ‘Dock’ Watson!” If that appeals, you may find more to your taste here.

Most of the art is by Irv Novick, who supplies an impossibly lanky Joker whose coat tails gradually become a visual device with a life of their own in the manner of Batman’s cloak. Novick can lay out a story well enough, but never with any great imagination, the sample page an example of how he undersells the possibilities. The standout art is José Luis García-López pencilling the Green Arrow story, elegant and appropriate, and Vince Colletta’s inking complementing the pencils. Ernie Chan’s Creeper story is crude in comparison.

Later writer Eliot S! Maggin maintains O’Neil’s punning style well enough that without the credits you’d not know the writer had changed. However, the joys of the collection are sparse. One story will raise a smile, but nine of them are eight too many. A never published tenth issue by Martin Pasko and Novick, completed before the series was cancelled, can be found in The Joker: The Bronze Age Omnibus, along with all these stories.