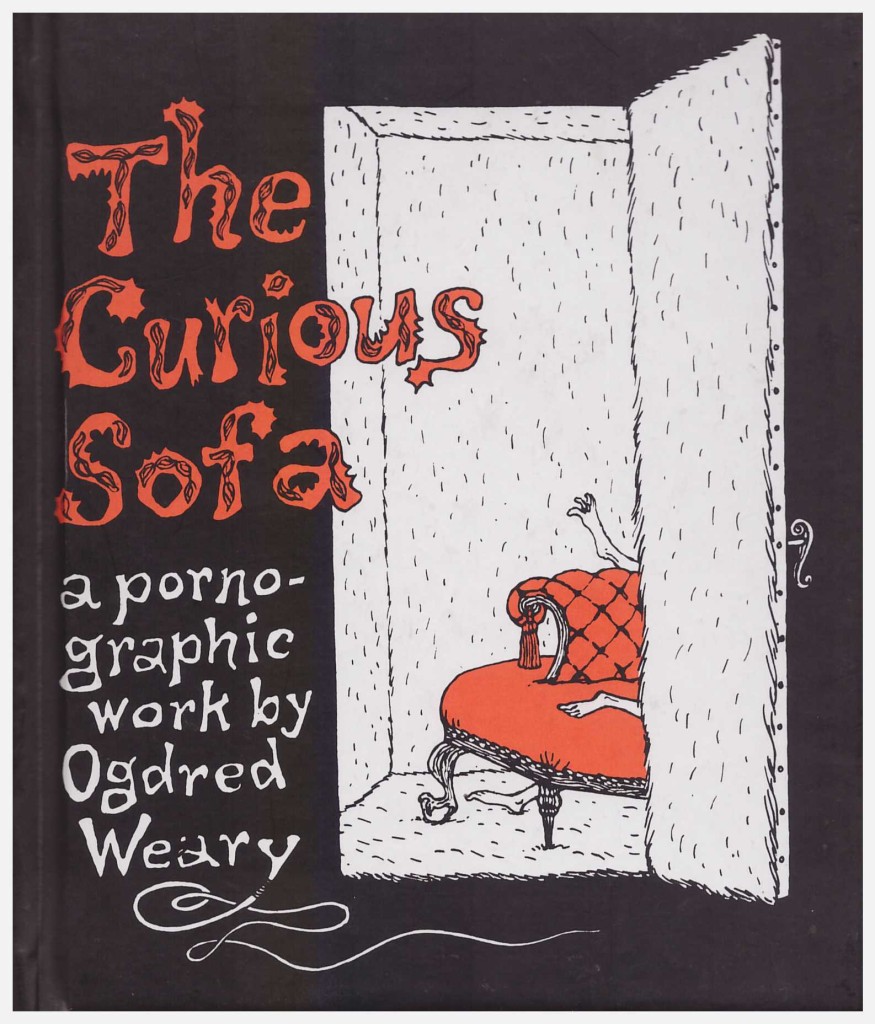 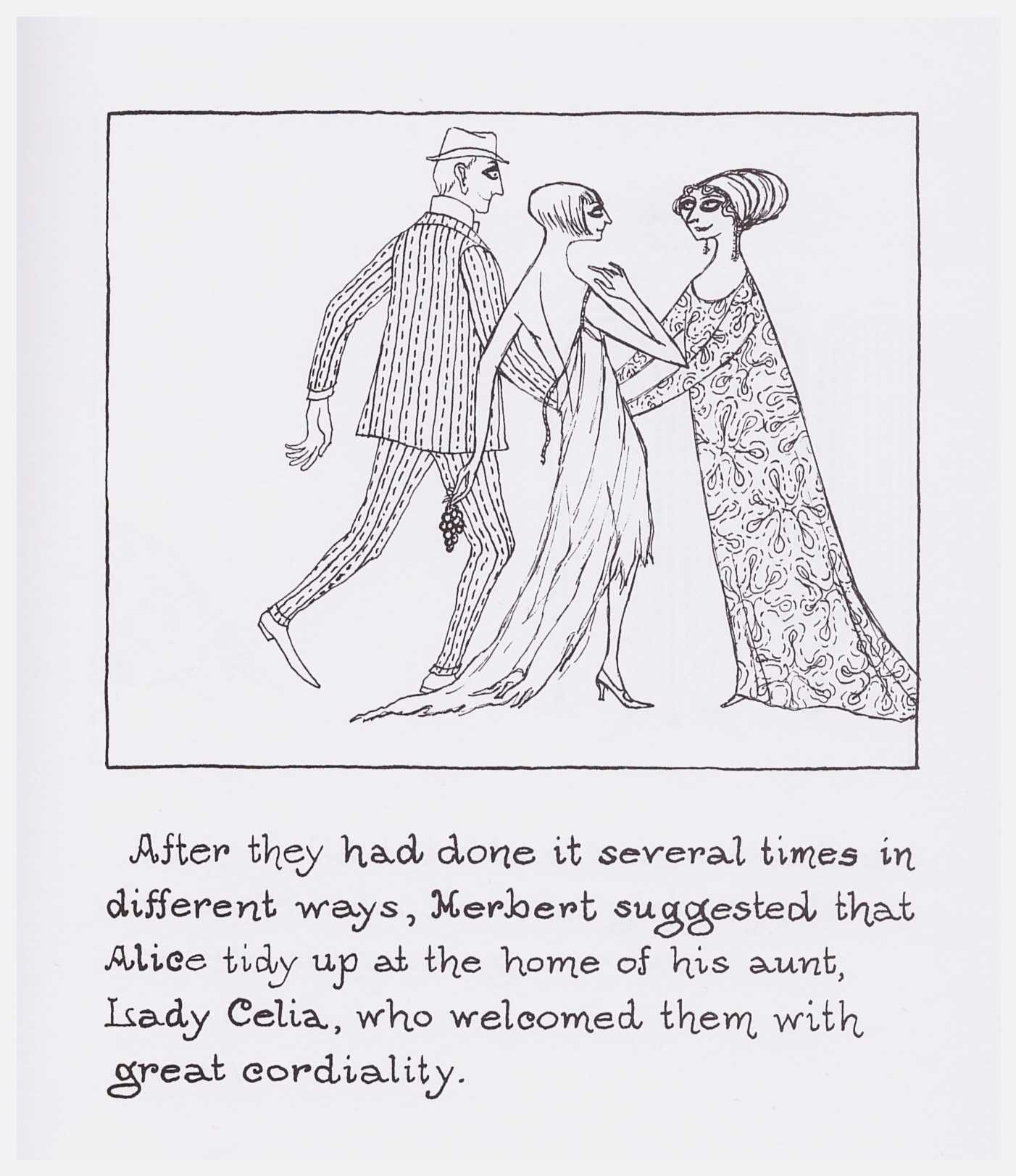 Despite being cover credited to the anagrammatical Ogdred Weary, there’s no mistaking the work of Edward Gorey within The Curious Sofa, most commonly now found as one of Bloomsbury’s respectful small facsimile editions.

Subtitled ‘a pornographic work’, there is indeed plenty of squishy business, but in keeping with Gorey’s style of Victorian formalism, this is discreetly pictured, as on the cover, and as what would have been deemed socially acceptable for the original 1961 publication.

We’re introduced to Alice, who rapidly falls for the charms of Herbert, described as an extremely well endowed young man, and there’s no restraining the passion. From there Alice undertakes a willing and pleasurable exploratory journey of discovery in the company of several partners, either individually or simultaneously.

It’s hilarious. Gorey’s mastery is never tipping over into the obvious when suggestion is so much funnier. Without being an expert on Victorian erotica, it would seem Gorey’s either carried out his research, or there are universal narratives on which he’s based his preposterous story. Alice continually embraces the unknown and Gorey leaves it to our imaginations to fill in what’s occurring. In the earlier stages of the book it’s obvious, by the end it’s our imaginations doing all the work constructing the story with Gorey only providing the merest of hints. What can the purpose of the saucepan be? The sofa of the title is only introduced in the final pages, and one can only imagine…

As ever, the illustrations with which Gorey accompanies his text are structured with the precision and formality of his words. Characters appear posed as if photographed for posterity, yet retain a period elegance.

The small hardback is a delightfully designed package in itself, but those who hunger for Gorey in bulk will find it accompanied by many other Gorey works in the first of the larger size Amphigorey collections. 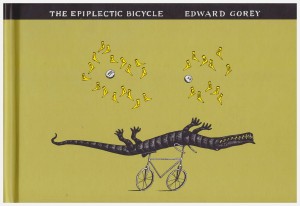