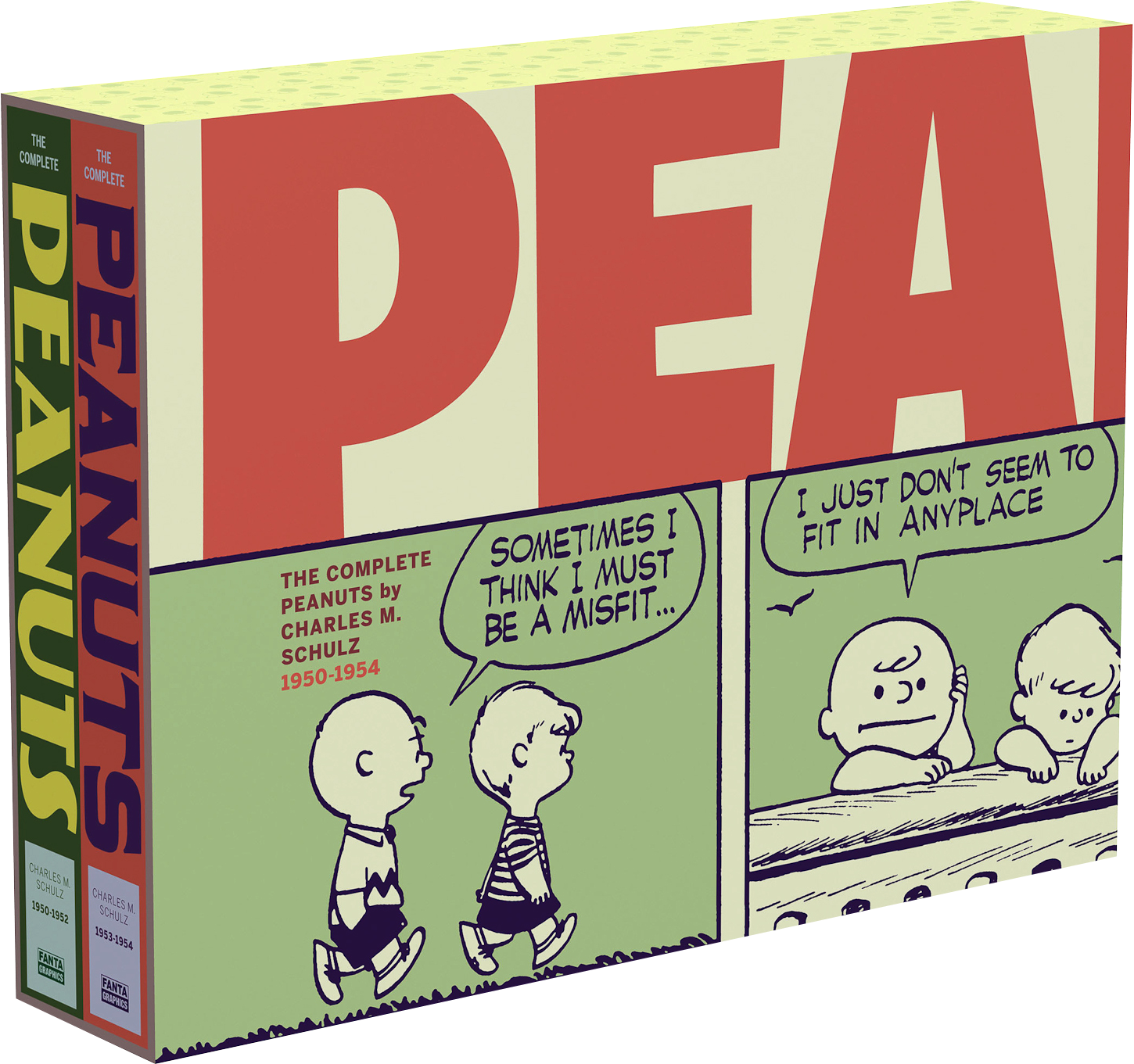 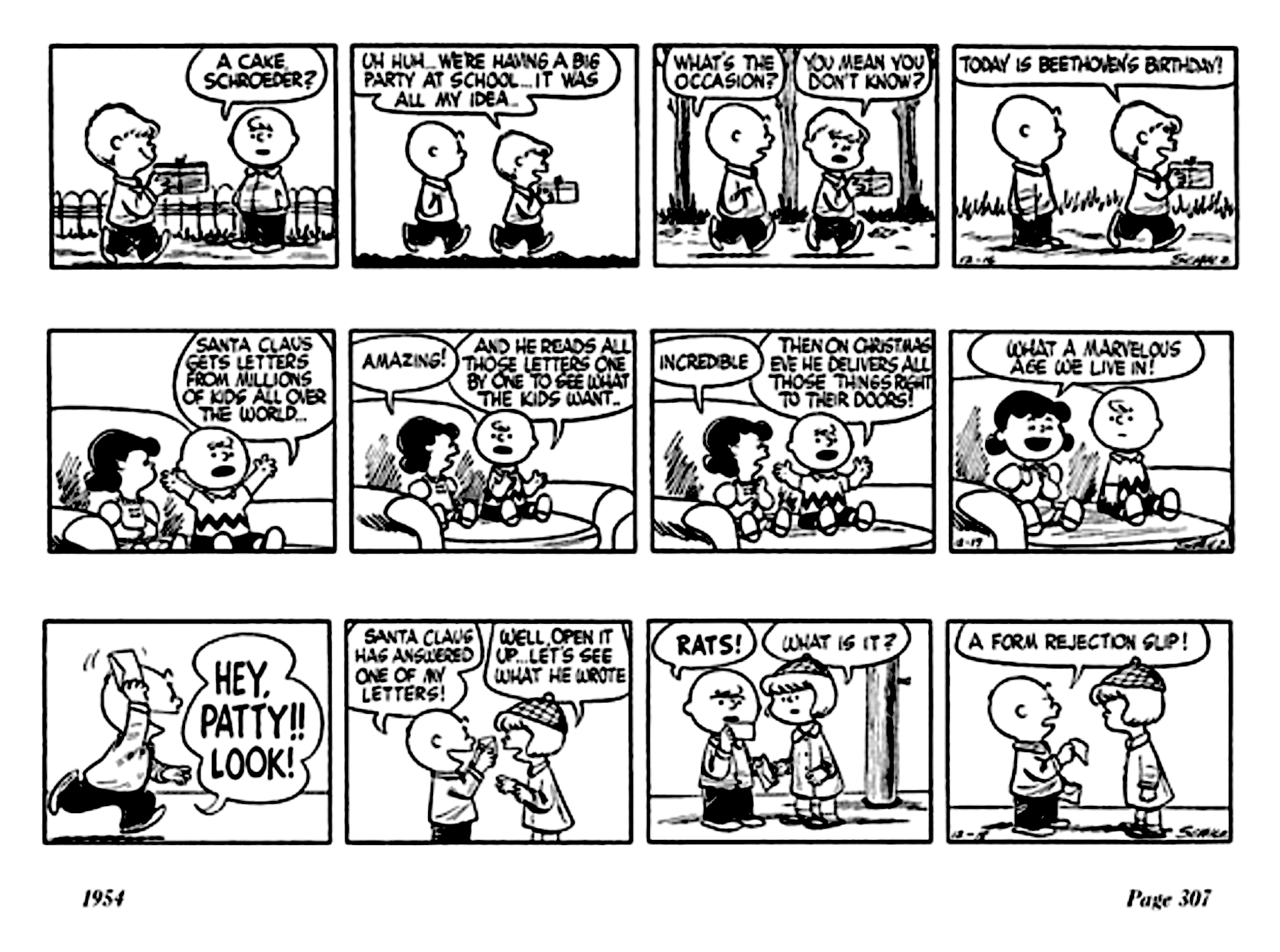 These beautifully designed, carefully curated volumes reprint the earliest years of Charles M Schulz’s newspaper strip with every single daily and Sunday strip presented in chronological order, many unseen since their original appearance over sixty years ago. Both daily and Sunday strips are in black and white. The Sunday strips were originally printed in colour, and if you want to see them that way you can find them in a series of large colour volumes dedicated to the Sunday pages, Peanuts Every Sunday.

Volume one of The Complete Peanuts 1953-1954 Paperback Edition is introduced by writer Garrison Keillor, himself a native of St. Paul, Minnesota where Schulz grew up. It also features a short essay by David Michaelis, ‘The life and times of Charles M. Schulz’ which explains the evolution of the strip and the personal history of the creator behind it. The look of these initial cartoons is very different from what would evolve into Schulz’s distinctive style. The lines are thicker, smoother, the lettering smaller and tighter, the backgrounds more illustrative, the children rounder and younger than the middle-schoolers they would eventually become. The characterisations are very different too. Charlie Brown is a rambunctious, wisecracking, energetic protagonist who gets the better of most exchanges, Snoopy is a cute but ordinary puppy, Violet, Patty and Shermy are funny and occasionally thought-provoking foils to Charlie Brown, Lucy is very much a secondary character and Linus is a toddler.

In volume two of The Complete Peanuts 1953-1954 Paperback Edition introduced by newsreader Walter Cronkite, Linus is beginning to talk and defy his sister Lucy. The famous security blanket appears for the first time. We also meet Pig-Pen, whose defining characteristic is dirt (he is always covered in it), and Charlotte Braun, the opposite of Charlie Brown in one very obvious way: she talks EXTREMELY LOUD ALL THE TIME. She only has one gimmick, while Snoopy gets more interesting as the book goes on. Many of the great strips shown here are silent slapstick or commentary moments, but as his personality begins to expand and he begins to think and talk, he gets funnier day by day. 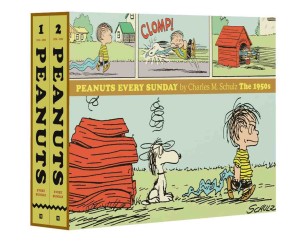 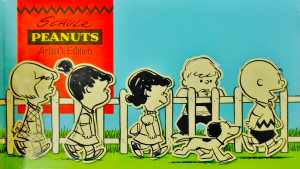 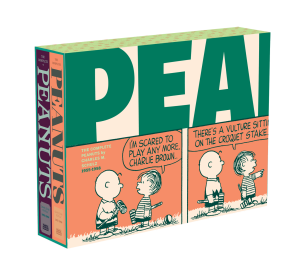