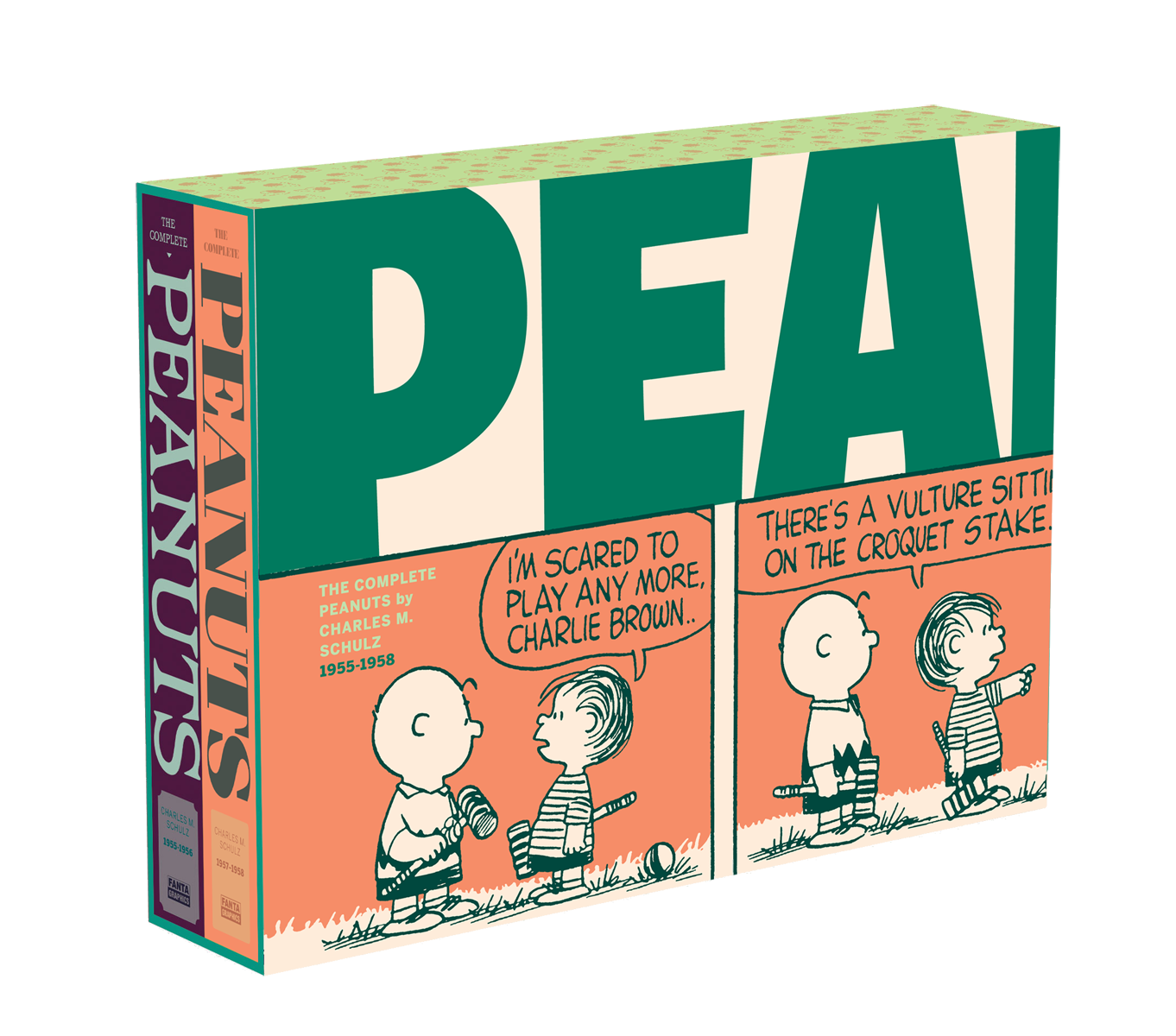 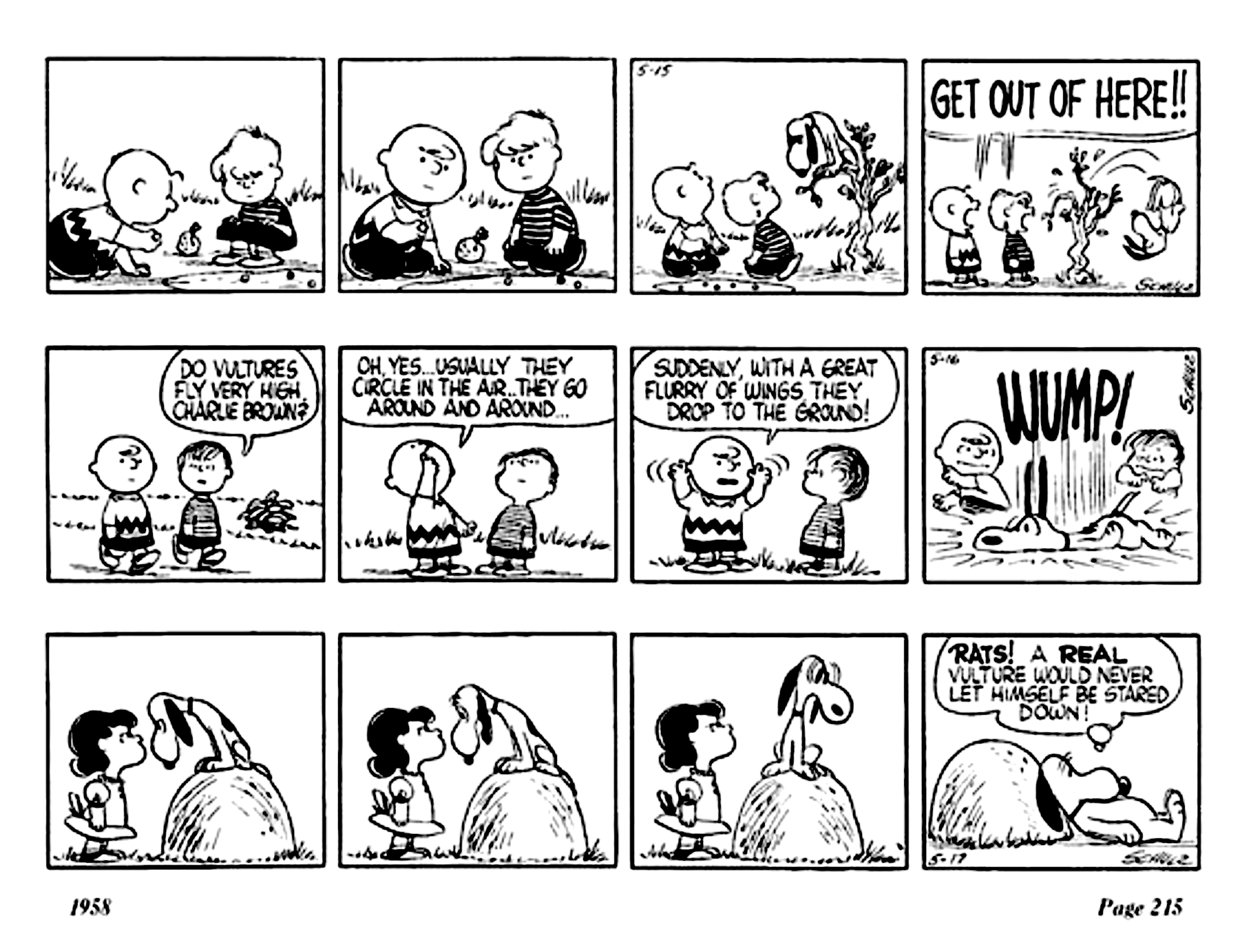 These beautifully designed books reprint the earliest years of Charles M. Schulz’s newspaper strip with every single daily and Sunday strip presented in chronological order, many unseen since their original appearance over sixty years ago. Both daily and Sunday strips are in black and white. The Sunday strips were originally printed in colour, and can be found in a series of large colour volumes dedicated to the Sunday pages, Peanuts Every Sunday.

The third volume of The Complete Peanuts 1955-1956 is introduced by Matt Groening, who worked on  a weekly strip called Life in Hell before he created The Simpsons and Futurama. During these two years Charlie Brown progresses steadily downward from a brash jokester into the perpetual loser we know today as his kite is destroyed by a tree for the first time, there’s a disastrous loss at baseball for him and his team, and humiliations one after the other on Valentine’s Day, Easter and Christmas. “What’s the sense in living?” He asks. The young Snoopy isn’t quite the familiar abstraction of a dog as we know him best yet, but his head begins to become rounder. He does imitations of Violet, Patty, various animals including a famous cartoon mouse, develops his Snoopy Dance, hangs around by Schroeder’s piano, and upgrades the mysterious interior of his dog house. Schroeder’s piano also attracts Lucy, who begins her long unsuccessful crusade for Schroeder’s attention.

The fourth volume of The Complete Peanuts 1957-1958 is introduced by novelist Jonathan Franzen (The Corrections). Charlie Brown continues his decent, with only his new “pencil pal” counting as a win, while Snoopy’s transformation into the star of the strip accelerates; playing the violin, imitating bears, penguins and vultures, cooling his head in his dog dish, and trying to separate Linus from his blanket. Lucy imposes her will over everyone, Pig-Pen, Shermy, Violet, and Patty add their characters to the mix and it’s a strong volume of great material, with more to come.