The Avengers: Legion of the Unliving 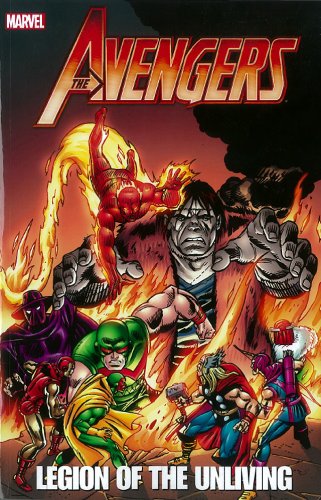 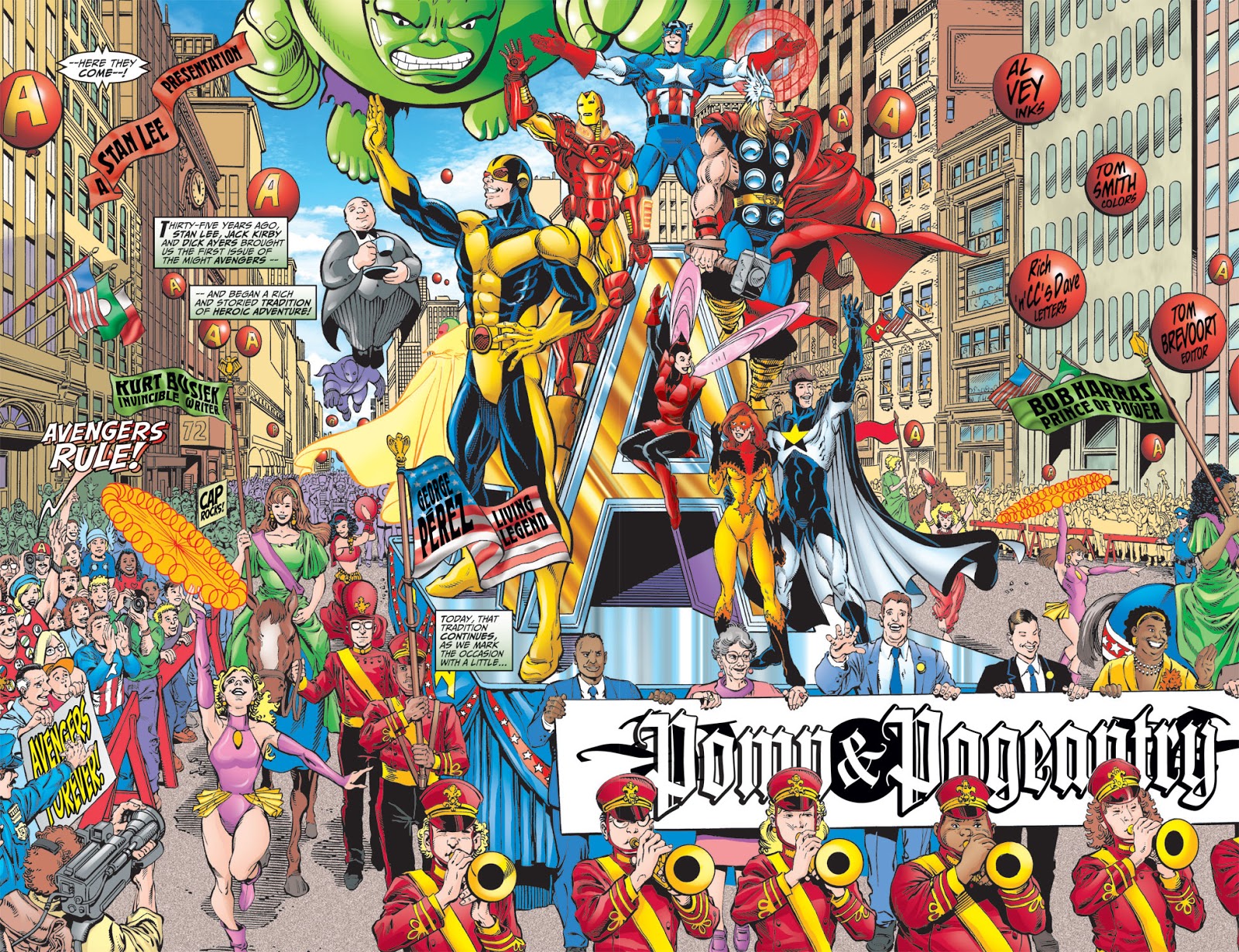 Legion of the Unliving is quite the schizophrenic collection of Avengers material, but it provides what’s promised on the cover as a series of Avengers teams find themselves facing enemies who’ve died.

They’re presented in order of publication, and Steve Englehart introduced the idea in 1975, sending the Avengers to Limbo where Kang has gathered an undead crew in the hopes of killing the Avengers. Englehart must have searched long and hard through the back catalogue to discover enough of them who’d not somehow made a miraculous last minute death-defying recovery along the way. He included Wonder Man, who’d later do so and become an Avengers mainstay for several years from the late 1970s. Some elements anchor this to its era, but decent art from Sal Buscema, then Dave Cockrum, and an unpredictable plot mean this opener is the highlight.

Roy Thomas scripted some of Englehart’s story, and had a chance to reprise it when writing West Coast Avengers in the 1980s, with Wonder Man part of the team. The plot may have a point, but as the story continues in an issue not included here because it doesn’t feature dead opponents, anyone buying this book will be left wondering. How crap is that? Paul Ryan struggles to accommodate the vast cast in the art.

Tom DeFalco’s story originated in an annual and is broken into six page chapters, each illustrated by a different art team. DeFalco matches individual Avengers against well chosen foes, but when Thor dies in the opening encounter it rather destroys any tension as no headliner is going to be killed in an Avengers story. His dialogue never convinces either, but the ending is imaginative. Better still is that some of the art is a real treat. John Romita Jr inked by Bill Sienkiewicz and Jackson Guice inked by Kevin Nowlan stand out.

Len Kaminski’s turn with the dead has just the single redeeming aspect of transforming old villain the Grim Reaper into something more befitting the name. Beyond that, abandon all hope all ye who begin reading. Inker Tom Palmer brings a professional gloss in tidying up M.C. Wyman’s art that’s screamingly obvious from the far poorer looking pages he doesn’t ink. Wyman’s dead villains differ from the others by more resembling zombies.

George Pérez provides the sample art, and it’s just one of several pages of an anniversary issue for which he appears to have tasked himself with drawing everyone who’s appeared in an Avengers comic to 1998. It results in some wonderfully decorative pages, some amazingly designed pin-ups (although the characters in the backgrounds are often less well defined), and some cramped storytelling on other pages. Kurt Busiek’s script has the Grim Reaper, now reverted to his conventional appearance, rain on the parade by reviving dead Avengers to fight against the current team. It improves on most other content, but the more interesting parts of the plot concern the Scarlet Witch, not the set-to with dead Avengers.

None of the stories never previously reprinted are of the first rank, and all things considered you’ve be better off buying just the better stories in the Avengers collections Celestial Madonna and Clear and Present Dangers. 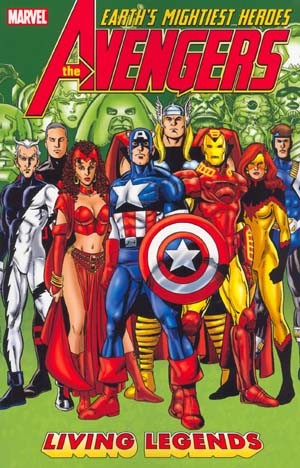 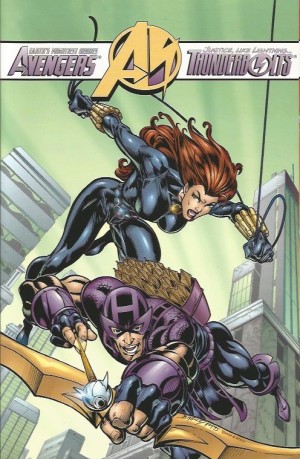