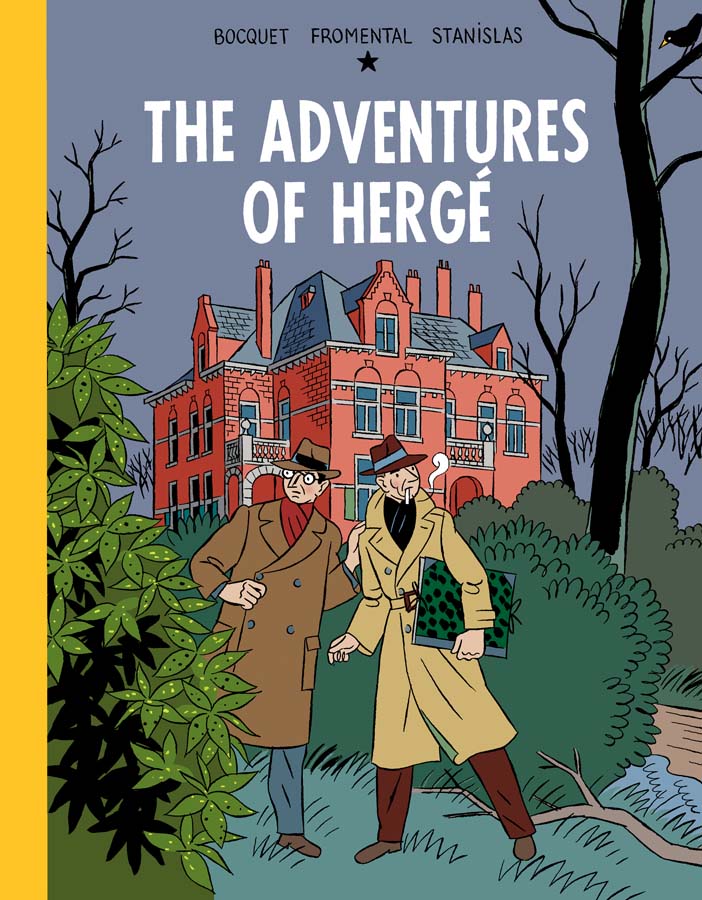 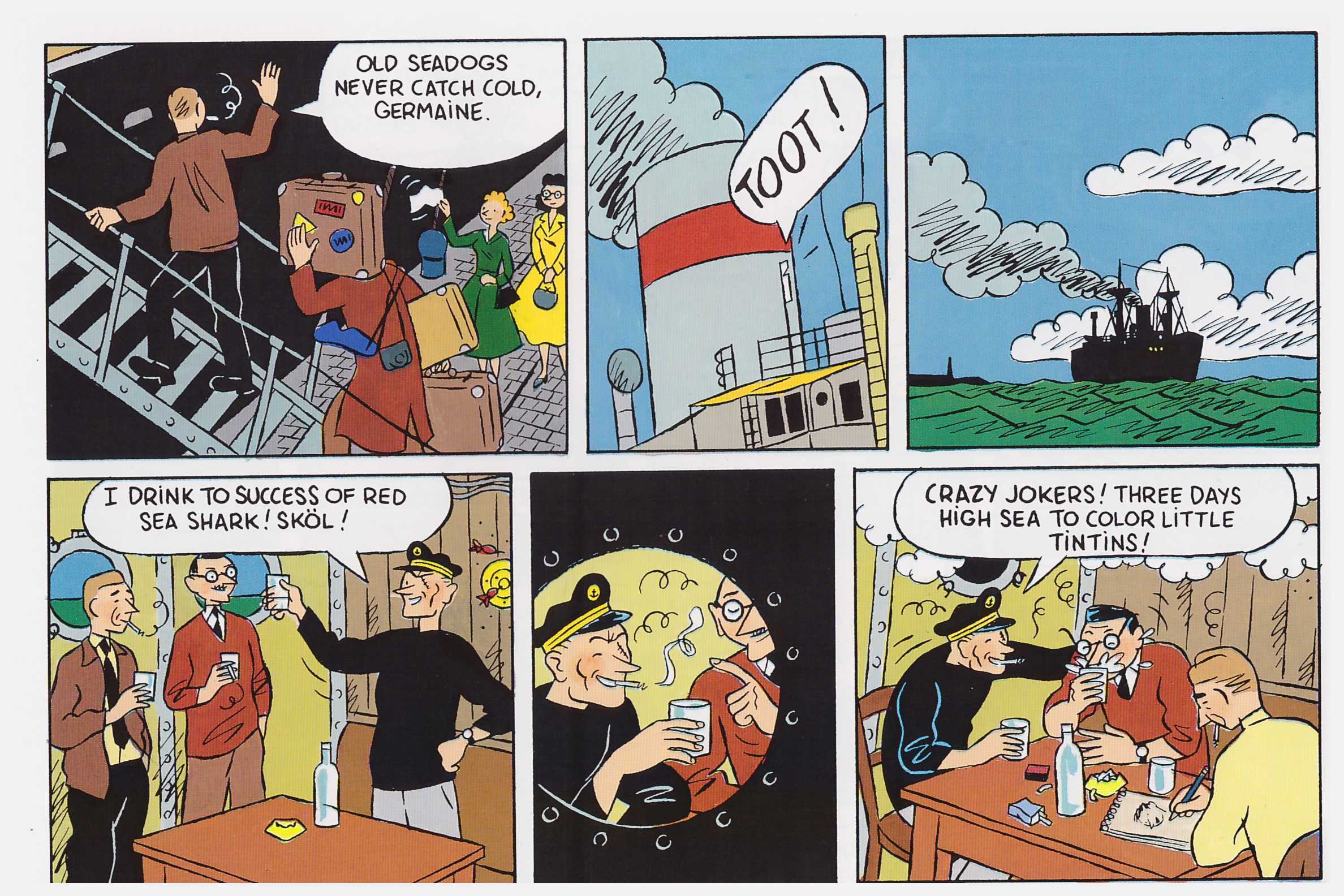 Most frequently described as a cartoon biography of Tintin creator Hergé, or Georges Remi as his birth certificate would have it, The Adventures of Hergé is more accurately a series of vignettes dipping into pivotal moments of his life. Jose-Louis Bocquet and Jean-Luc Fromental have carried out impeccable research, but after reading the results, no-one will be much the wiser about Remi himself. The casual reader who’s not dipped into the same sources the writers used will be even more confused, frequently having to resort to the detailed biography section accompanying the story.

By all accounts Remi was a private man who kept himself to himself, and that’s the root of the problem the authors faced. It shines very little light on his thoughts, portraying a morally conflicted man nonetheless guided by his trousers, who loved abstract art, yet failed as a painter, and sought therapy to purge his conscience.

Where the book unquestionably succeeds is via the artwork of Stanislas (Barthélémy), long a Hergé admirer as seen in By the Numbers, his only other work translated into English. He utilises the ligne claire art style popularised by Hergé, eschewing shade, but is no slavish imitator. His line is a little more delicate and his storytelling adopts a different focus. There are odd lapses, such as a single panel amid three similar where Remi’s frustration is depicted via waving four arms, but the cartooning is otherwise a delight, with constant references to Hergé’s art and characters supplied in a subtle manner. The cover is representative of this approach, following Hergé’s peculiar penchant for selecting a less dramatic moment from his story to represent it as a cover.

The book is beautifully designed to recall hardback editions of Tintin, complete with endpapers featuring a selection of those depicted within and a folio page of Hergé at his desk.

Focussing on a creator who looms as large over Franco-Belgian comics as Hergé, this graphic novel will have a ready-made audience, but it also asks too much of that audience in presuming they can join the dots. For those who can it remains an equally frustrating experience.