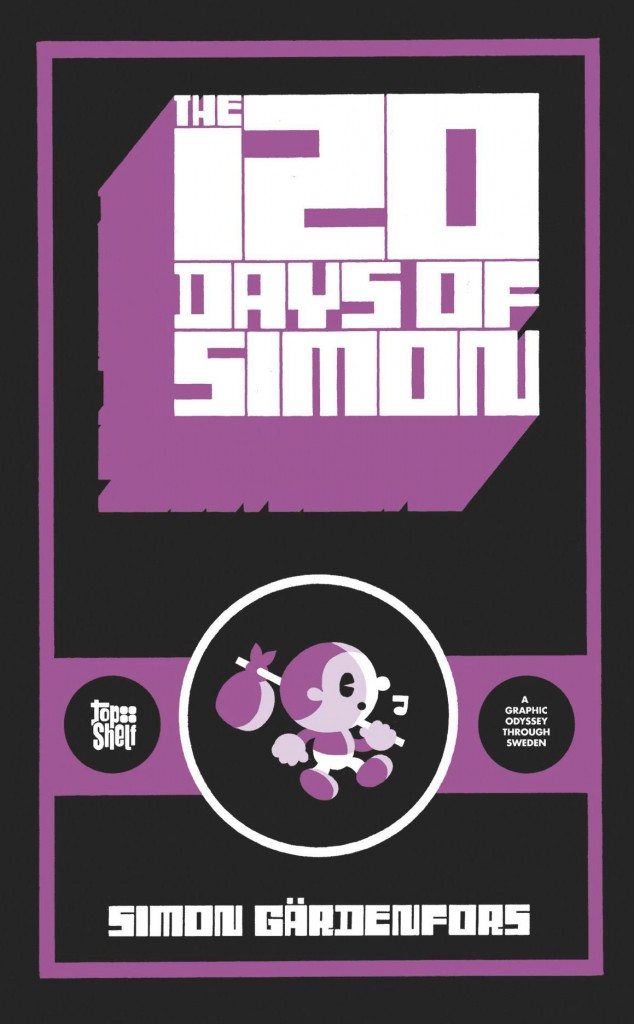 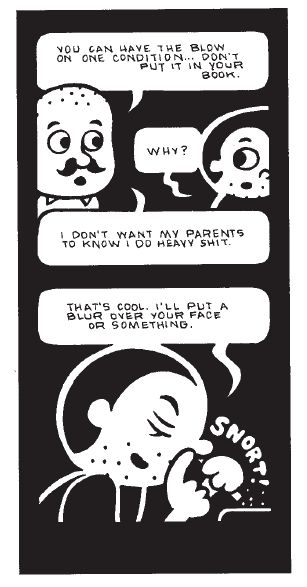 The 120 Days of Simon is the result of Swedish comic artist and band member Simon Gärdenfors deciding to rent his Stockholm apartment and travel, his destination decided by the responses offering bed and food posted to a website he sets up. He applies two further rules, that he can’t return to his own apartment for 120 days, and that he’ll spend no longer than two days anywhere else. In between he’ll have to fit in other committments such as gigs.

This interesting idea presents one immediate problem as Simon decides he can’t commit to a possible new relationship if he’s going to be away for four months. It doesn’t go down well. The plunge into the unknown has both comforting and surprising consequences, but these don’t manifest for some while. The highlight of the opening section is Gärdenfors learning about himself via the views of a friend. We’re not introduced to every host, and themes of sex and drugs link those whose hospitality is detailed. Maybe that’s entirely representative of his first sixty days, however, focussing on these aspects has a selfish and repetitive quality.

Gärdenfors employs a very simple style of cartooning, almost mii-like representations, picking them out in white on black backgrounds for a stark effect, almost like a reversed out Nancy newspaper strip. He also only ever uses two square panels per page, surrounding them in white. This framing effect eventually evolves a design, but not one compelling enough to use over 400 pages of paper to produce it.

The second half of the book improves on the opening segment as the trip finally produces events and anecdotes worth relating. One of the book’s best moments comes when a TV crew want to film Gärdenfors staying with a stranger. He agrees, but is unhappy at the idea, so persuades a friend to masquerade as a stranger. This friend plays it to the hilt, constructing a ludicrous background and hobby. Around two thirds of the way through the book things begin to go pear shaped, as an accumulation of poor decisions and bad luck take their toll, and life being what it is, the misfortune of others makes for the best stories.

Whether deliberately or unknowingly, Gärdenfors doesn’t present himself as a very likeable individual. He’s opportunistic and extremely self-centred, and he exploits a minor celebrity allure whenever he can. The book is at its best when he’s not in control, and his charm counts for nothing. It would also be interesting to know what the various women portrayed felt when the book was published in Sweden. The names may have been changed, but surely few were happy.

Despite the bulky look, the two panel per page format ensures this is a relatively rapid read. It’s a graphic novel that has its moments, not one that’s essential.