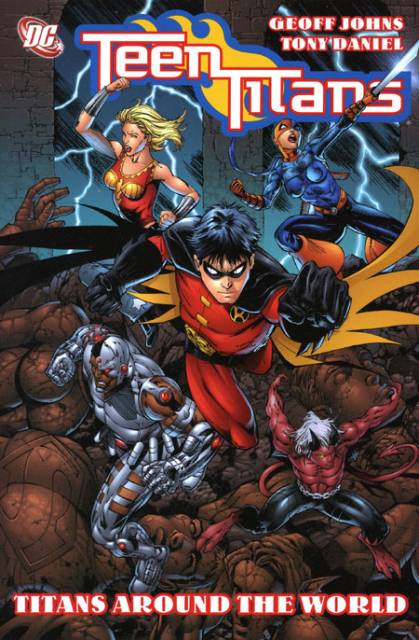 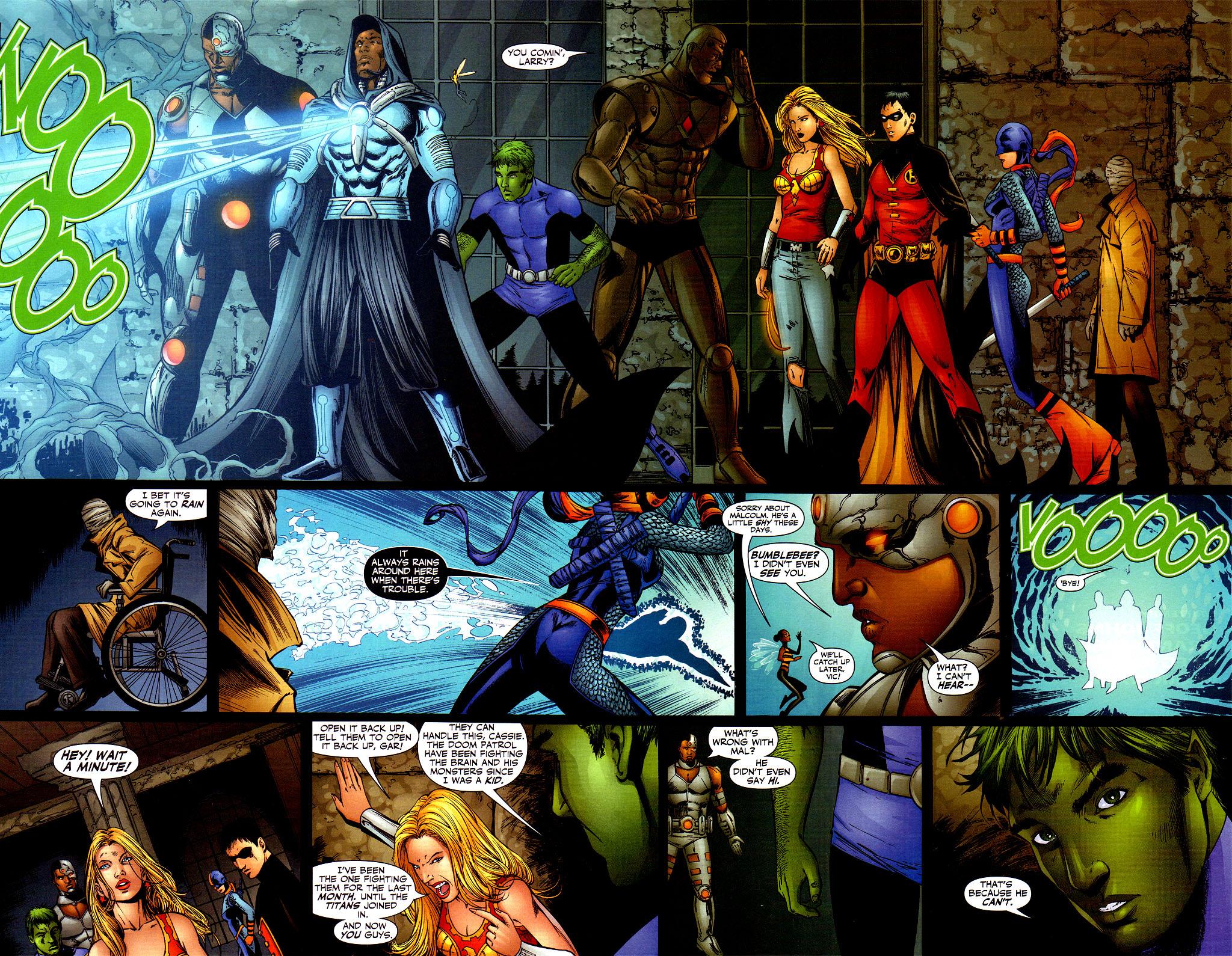 The constancy of the Teen Titans was very much altered by the events of both the previous volume Life and Death, and of Infinite Crisis. It’s clearly labelled here that we pick up one year after those stories concluded. It’s a conceit with a greater effect on Teen Titans than any other DC title, as a year for a bunch of 15/16 year olds makes a hell of a difference, whereas for the already adult Batman the change is negligible and solely shaped by circumstance.

Geoff Johns works well with this. These Titans are less innocent than previously. Wonder Girl is particularly well handled, now no longer compliant and passive, but angry, aggressive and uncertain if she wants to work with the Titans after what happened to Superboy.

We begin with Cyborg’s computer systems re-booting after a year during which a few snippets of vision and dialogue note the passing of twelve months. It’s all change for the membership, with only Robin remaining from the previous team, and Kid Devil, Ravager, and technicians Wendy and Marvin new.

The art from Tony Daniel is excellent, almost to the point of expunging all memory that Mike McKone drew the opening volumes. He’s given a larger cast than previously in opening chapters that also feature both the Doom Patrol, with several former Titans, and the Brotherhood of Evil, who’re attempting to access cloning technology. They’re not the only ones, mind. Daniel’s pages never appear crowded despite the multitude of characters.

Johns has one of his cast quote Nietzche: “There is always some madness in love, but there is also some reason in madness”, and it’s appropriate to the story he’s delivering, in which manipulation perceived to be for the greater good plays a part.

Pretty early into the title sequence a former Teen Titan advises “You should all quit. You cannot even walk down a hallway without arguing”, and that’s at the crux of a story that drops in on former members, and ties into why they’re no longer part of the team. Absentee Raven has been teleporting around the globe staying one step ahead of pursuers, and Johns sets up an intriguing mystery as to why.

He and Daniel also create some new teenage characters with familiar powers and antecedents, yet supply distinct personalities to differentiate them. The suspense is sustained until the final chapter’s reveal, but the story doesn’t hold together as well due to the unattractive compositions of Paco Diaz, and while fellow fill-in artist Ryan Benjamin is better, neither match the work of Daniel, nor Carlos Ferreira on the opening story chapter. What works very well indeed is the roundabout manner in which Johns has constructed a new team, and after The Future is Now this ranks as the second best overall collection of his time on Teen Titans.

Teen Titans by Geoff Johns Omnibus, gathers the entire series, but to this point it’s wildly inconsistent, and Johns’ contribution to the next two volume, Titans East, is only partial. 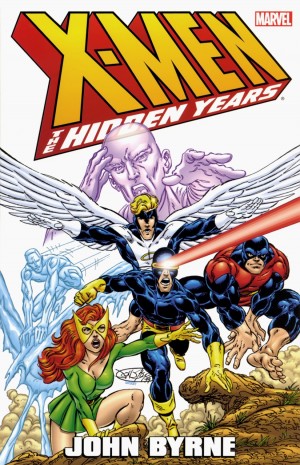 X-Men: The Hidden Years volume one