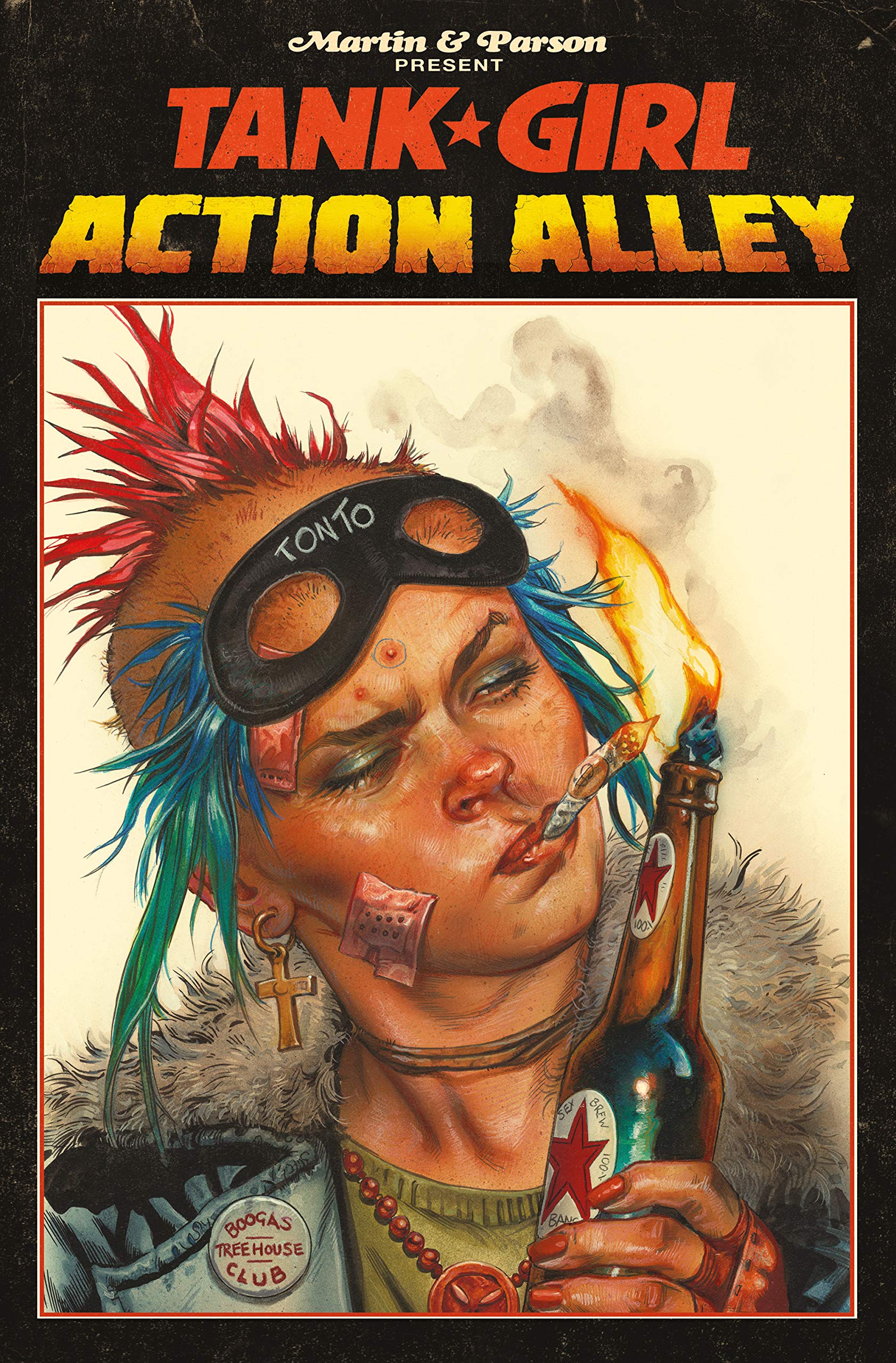 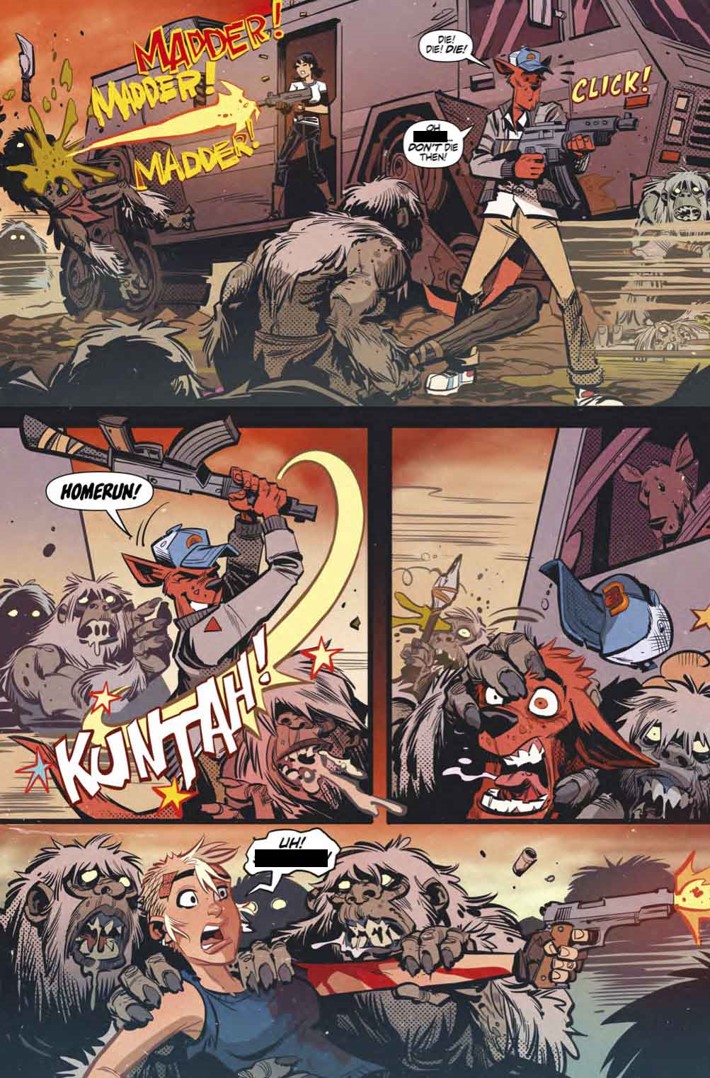 Most Tank Girl stories are quite capable of standing alone from each other. and have done so for the last thirty years. Titan Comics have collected most of these including Alan C. Martin’s and Jamie Hewlett’s original strips into paperback but unusually also upgraded Tank Girl to her own ongoing series. Written by Martin and illustrated by Brett Parson this is the first time anyone has attempted to serialise the title and Action Alley collects the first new story arc.

Tank Girl, Sub Girl, Jet Girl and Barney are really excited about going on holiday (alluded to in the 30th Anniversary edition Tank Girl All Stars) in a new tank designed by science guy Zulu Dobson. When TG gets a text message from her adoptive mother intimating that she is dying, the gang head out on a road trip to see her. As per usual things never go smoothly for Tank Girl, so Booga hiding something and a shortcut through the dangerous Action Alley only speeds the way to explosions, mutants and corporate cover-ups.

If you are new to Tank Girl then don’t expect anything serious. Martin’s plot is fairly streamline compared to other Tank Girl graphic novels, but is still pleasantly bonkers, jumping from one crazy development to another. Parson’s art is pretty good, employing a clean animation style with lots of splendid detail to the surroundings, while the cast are brilliantly expressive. It has pop art sensibilities with lots of colour heightening situations that are a little squeamish, but which also makes explosions and gun fights stand out. There’s a slapstick element to Parson’s cartooning which means the creators can mine the irreverent humour of Tank Girl without going over the line. Action Alley feels more formulaic than other TG stories, which is no insult, fostering the idea that this is primarily meant to attract new fans and those with a passing familiarity with the character rather than old school ones. It is a good place to start for new readers, yet still holds all the irreverent qualities older fans know and love.

If you like your comics with swearing, violence and anarchic comedy while simultaneously flipping the bird at the ‘Man’ and big corporations then Tank Girl: Action Alley is right up your street. The series continues in volume two, Tank Girl: Forever.