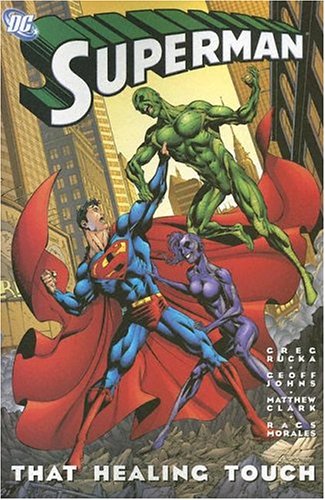 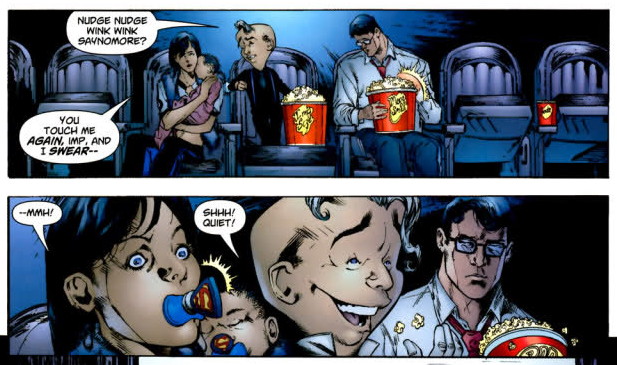 There’s an interesting moment a few pages into this book when it’s mentioned that two months have elapsed since the conclusion of the previous volume. It’s a definitive marker of time that few writers of ongoing superhero titles would lay down.

Superman’s life is being disrupted, and he learns that the culprit, Ruin, has a full knowledge of his abilities. This not only explains how he was relatively easily stopped in Unconventional Warfare, but also how it is that Ruin is able to elude him. The unpleasant notion forming is that Ruin is someone who knows him all too well, and by the end of the book Rucka is pointing the finger in one direction.

Ruin’s tactic is to send others against Superman, in each case not out and out villains, but people who are as much victims of their extraordinary abilities. This is the case with the Parasites, two people for whom the life energy they suck out of their victims is the equivalent of a highly addictive drug. Of course, when their preferred target is Lois Lane, Superman’s sympathy is limited. Writer Greg Rucka comes up with an interesting manner of Superman coping with the battle against them.

For the second successive volume Rucka features Mr Mxyzptlk, again channelling the spirit of Chuck Jones, and incorporating a fumetti section picturing DC editors. His later appearance is even better.

There are elements of the story continuity having to slot to an ever increasing decree with events in other DC titles, so we have Superman wringing his hands over what’s been revealed in Identity Crisis. Rucka does his best with the imposition, supplying a glimpse at the differing approaches guest stars Batman and Wonder Woman have to problems.

Once again, it’s a variety of artists handling the content. Rags Morales is always good value, and while Matthew Clark’s work is slightly more variable than his previous pages, his adaptability is stunningly displayed on a final chapter that includes a Calvin & Hobbes pastiche, a cartoon style Supergirl and a bizarre composite villain. Renato Guedes really shines, but only draws half a chapter. The story continues in Ruin Revealed.