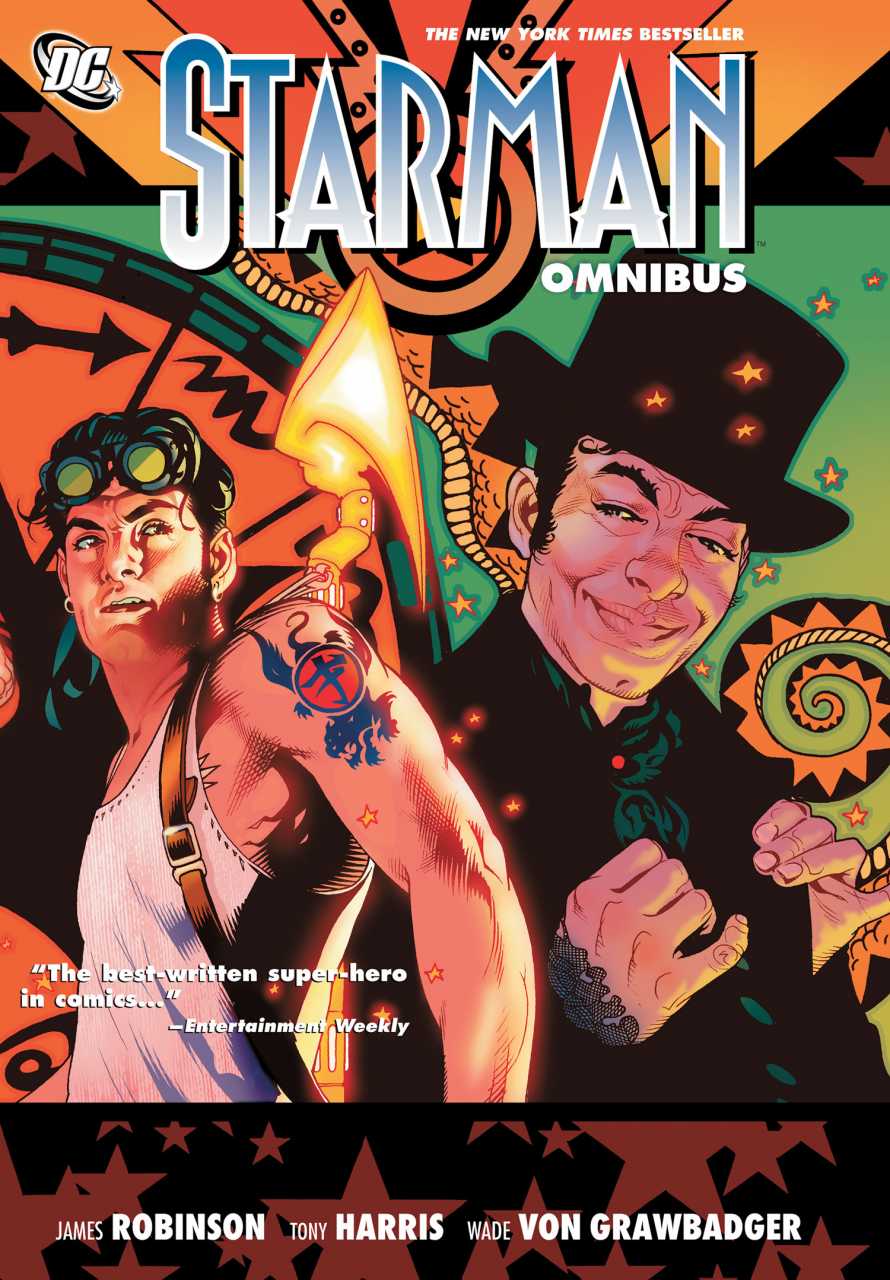 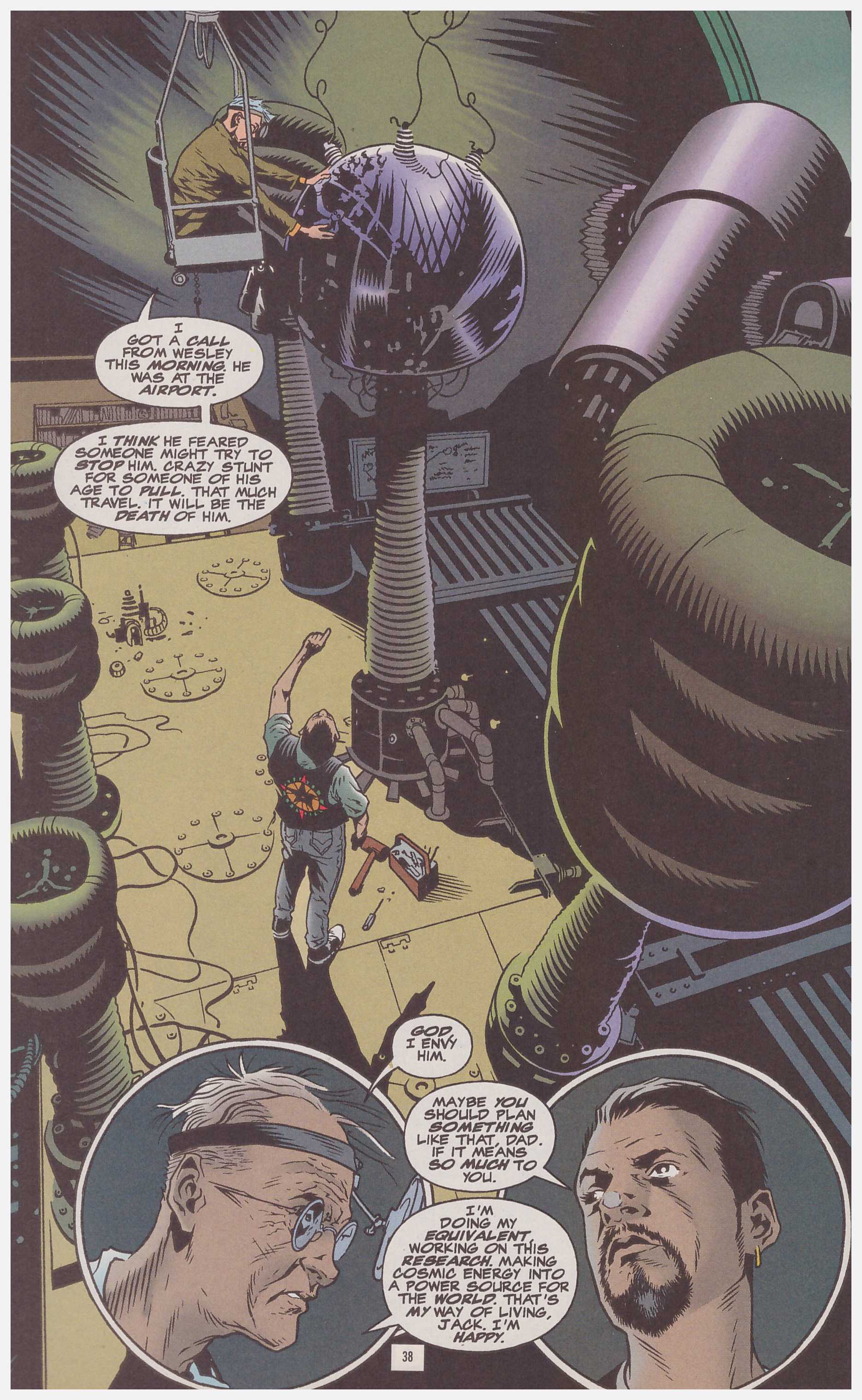 With this third bulky omnibus volume the choice between whether to purchase this, and price be damned, or the 1990s paperback editions becomes a whole lot trickier. Volumes one and two have short extras, but from this collection there are entire issues not reprinted in the original paperback series. To make the decision a little easier, paperback editions of the preceding volumes were published, and as of summer 2016 DC have finally picked up the Omnibus paperback publication schedule again.

Infernal Devices features the bulk of this content, reviewed in more detail under that title. It’s mostly very good. A fill-in story omitted from it features the Starman of the late 1980s, Will Payton. While it’s nice playing Spot the Cameo, and runs through Payton’s career, it’s so poorly drawn by Richard Pace as to be something you’ll never want to look at again. No, the choice depends on how much you enjoy James Robinson’s treatment of the Shade. Once a villain, Robinson’s erudite and refined makeover created a fascinating character popular enough to merit his own miniseries, only ever reprinted in this book.

It should be essential for any Starman fan. For starters, two of the four chapters are drawn by Gene Ha and J.H. Williams III, then just at the start of evolving his now acclaimed design-led style, on which regular Starman artist Tony Harris was surely influential. The other two chapters by Bret Blevins and Michael Zulli are also fine, without matching their exalted company.

Robinson seized upon the Shade as having a stylish look about him, committing crime in top hat and black suit, using his cane to envelop others in total blackness. As we learn, there’s a lot more to him in a gothic tale of horror spanning 160 years. It involves a family feud with many surprising twists, along the way encompassing a villain turned hero, a hero turned villain, Charles Dickens and enough tragedy to fill several lifetimes. This stylish thriller matches anything Robinson wrote for Starman, and is worth having. It’s a rare addition to these Omnibus collections that raises the overall quality rather than diminishing it.

The remainder sees plenty of guest stars. Jack Knight with the original Green Lantern is fawning, with Batman awkward, and with the ghost of the 18th century Jon Valor, better known as the Black Pirate, it’s stunned acceptance. Robinson’s use of the character here, and later, is novel and interesting.

An annual included here, but bumped to the paperback To Reach the Stars, has more Ha and Yeowell art, with Stefano Gaudiano also good on chapter spotlighting the Western character Scalphunter. Mitch Byrd draws most of it, though, in a variation of the European ligne claire style, and he’s not as impressive, particularly failing with the heavy emotional content of the final sequence. Amid what’s a protracted and largely trivial look at how being a hero can impact on long-term love, this contains a revelation that determines how Starman will progress. 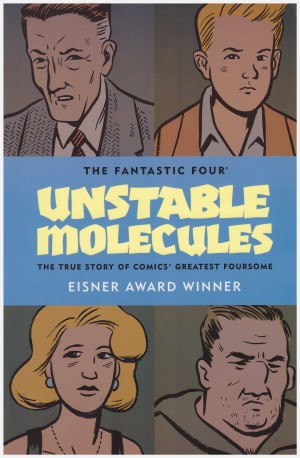