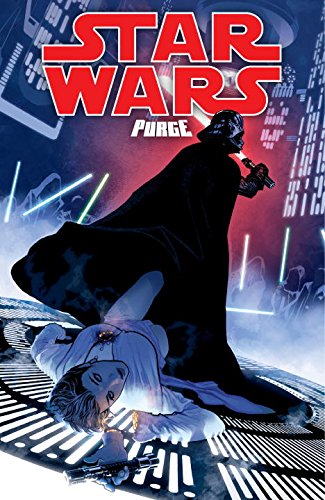 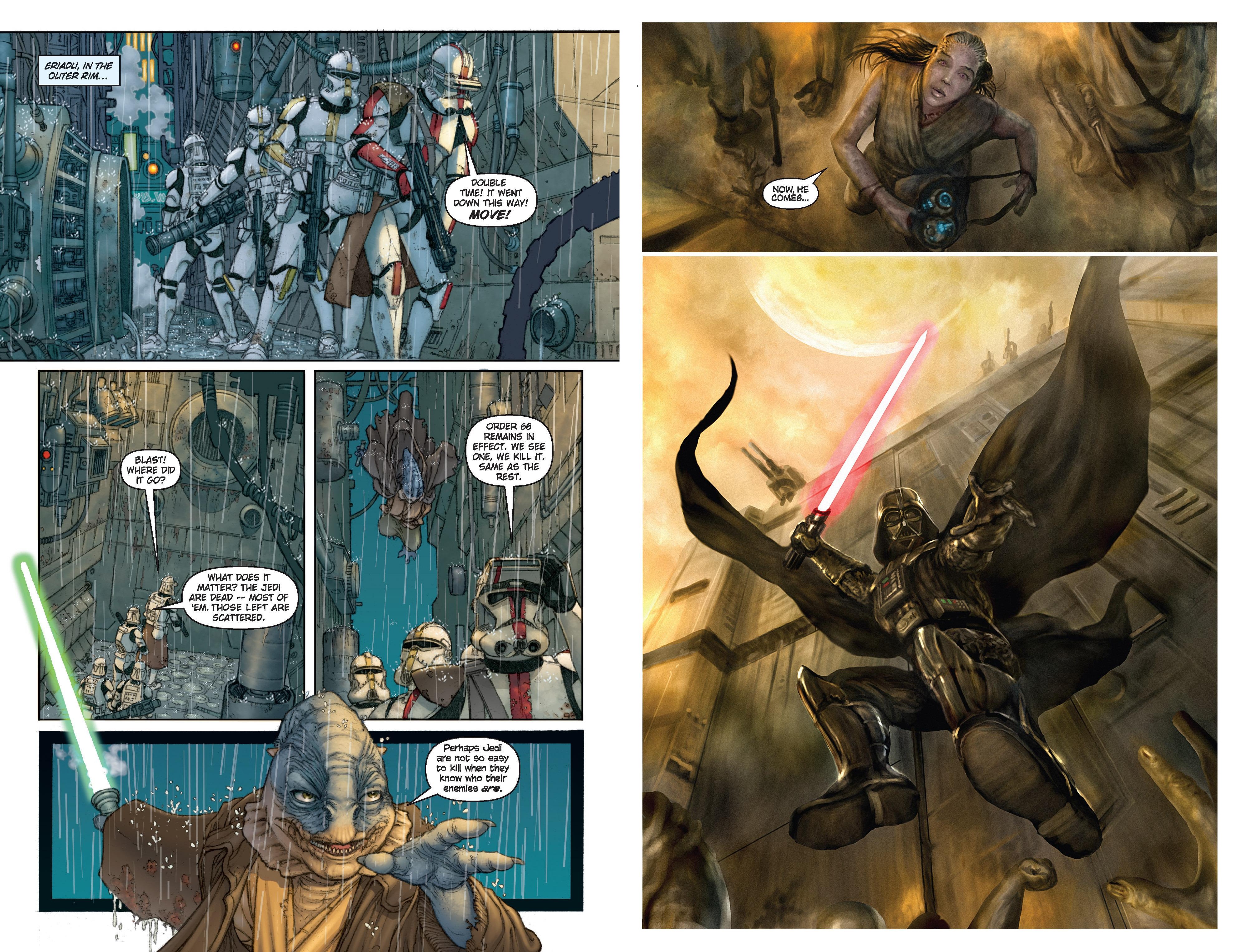 Purge is essentially a Darth Vader solo collection as different writers and artists show him following through on an order to exterminate any surviving Jedi shortly after the Empire comes to power. As noted by the emperor in the opening piece, a desire for revenge on his former master Obi Wan Kenobi provides a greater motivation than Vader’s dedication to the cause.

Whatever his purpose, all the strips show Vader as a single-minded killing machine, resolute and resourceful, able to survive situations where the odds are against him. Whether in foggy swamps or futuristic cities, there seems little able to withstand Vader in full attack mode, and for all his villainy, he’s brave enough to defy orders and put his own life on the line by marching into situations alone. The splendour is helped no end when the collection features artists of the calibre of Douglas Wheatley and Chris Scalf, both seen on the sample art, along with Marco Castiello, all serving up sumptuous detailed pages packed with iconic images and superior technique. In this exalted company Jim Hall’s pages don’t match the remainder.

John Ostrander writes two pieces, the first a gathering of Jedi, the second featuring Sha Koon, who comes to learn a secret about the Sith, and eventually glimpses into a future she’ll have no control over. The first is better, with greater insights into the political background, Vader himself, and those who’d oppose him. Haden Blackman’s contribution is also good, emphasising the terror of Vader and what he believes is for the greater good, but also that pride precedes a fall.

At two chapters, ‘The Tyrant’s Fist’ is the longest story, written by Alexander Freed, at that point better known for his contributions to video game plots. His is an interesting interpretation. Vader’s actions accompanied are by someone else’s narrative captions, and the story provides a neat implant explaining why it is that by the time of A New Hope most had forgotten the Jedi, who were prevalent a generation beforehand. Freed hammers this home, well conceived and thoughtful in how the plan is carried out.

Purge features solid entertainment from start to finish, with the content taking place just as the Sith have come to power. As such everything here is also found in the far bulkier Marvel Epic Collection: Star Wars Legends – The Empire Vol. 1 along with other events occurring in a galaxy far, far away at roughly the same time. 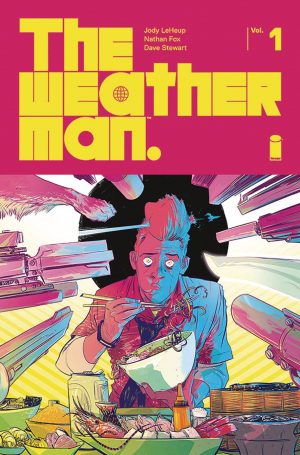 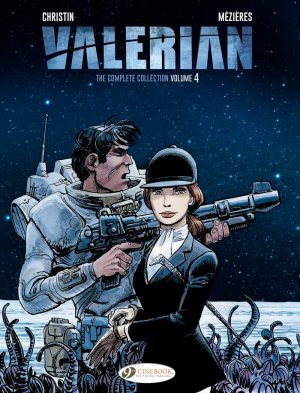