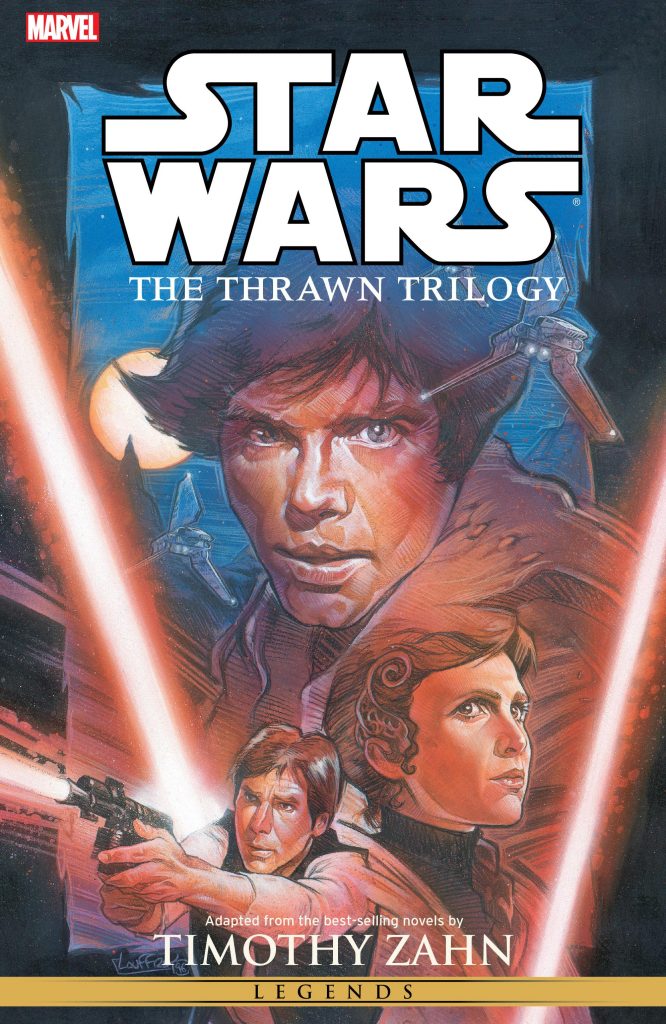 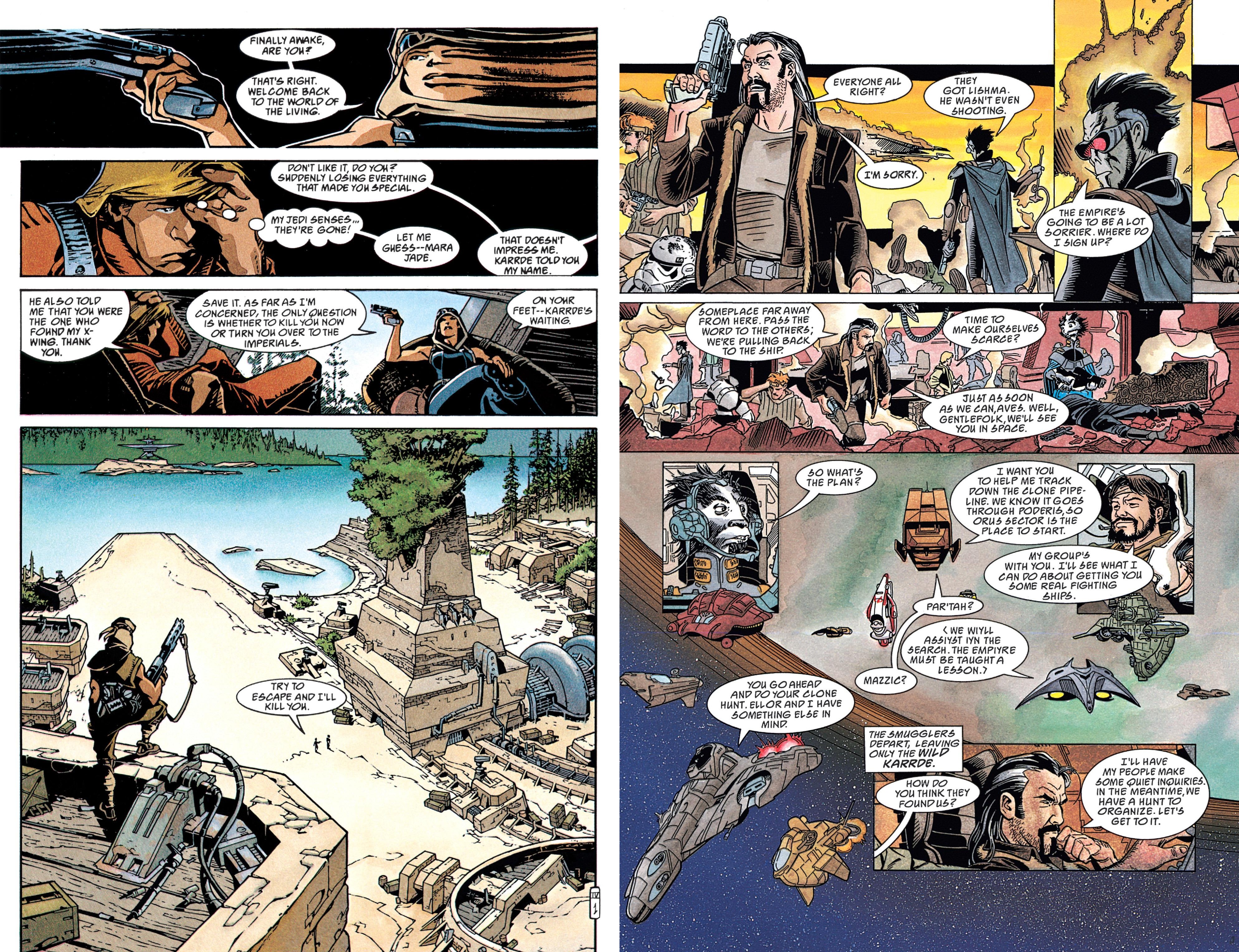 The Thrawn Trilogy adapts Timothy Zahn’s three novels set five years after the Empire’s defeat in Return of the Jedi, although like anything other than the films, whereas once they were part of the main continuity, they’re now considered illegitimate. Don’t let that put you off. Zahn constructed Heir to the Empire, Dark Force Rising and The Last Command as a complete story occupying several months, and reading them one after the other in this package displays how well they pull together via Mike Baron’s adaptations. The reason for the title is the threatening presence of Grand Admiral Thrawn, a very capable strategist who eluded New Republic forces and has united those loyal to the Empire behind his leadership. His ambition is to restore the Empire, and despite setbacks his position becomes stronger as events continue.

There’s a wide cast. As the story opens Princess Leia and Han Solo are married, with Leia heavily pregnant, and Luke the Jedi Knight. All three are advisors to the New Republic ruling council, and among known characters from the earliest films there are also roles for Lando Calrissian and Wedge Antilles. Thrawn proves a fascinating and capable enemy, but the breakout character would be Mara Jade, reduced from former importance as the Emperor’s assassin to assisting smuggler Talon Karrde. He’s also interesting, and the wild card is the possibly mad, but very accomplished Jedi C’Baoth, determined to capture Leia and Luke. Toward the end he’s a loose cannon, but the other characters are treated well, with good roles foe Leia and Mara Jade. Standing above everyone is Thrawn, deserving his name in the title, a magnificently composed and devious man, commanding utter respect and possessing single-minded devotion to his cause.

A drawback of combining three graphic novels is the disparity between the styles of the three artists used. Olivier Vatine (sample art left) is good at defining sparse worlds and his loose style is good for action, but his likenesses are impressionistic. Terry Dodson produces very faithful likeness, but at the cost of a posed quality and the occasional odd expression, while he’s otherwise very detailed and great with the hardware and stormtroopers. Edvin Biuković is the best of the three, a superb storyteller who copes admirably with the variety of locations. While all good artists, they don’t mesh, and there are visual inconsistencies, with Biuković having a considerably different interpretation of the Noghri people from that established by Vatine and broadly continued by Dodson.

Because Baron attempts to include as much as possible of Zahn’s plots, The Thrawn Trilogy is very heavy on dialogue, but that’s preferable to cutting more than he did to compress the plot into eighteen chapters. The original novels were released at a time when interest in Star Wars overall had dwindled, eight years after Return of the Jedi when any further Star Wars films looked unlikely, and before Dark Horse revived the comic franchise with Dark Empire. They sparked a world of possibilities for new material, and these are solid and entertaining adaptations.