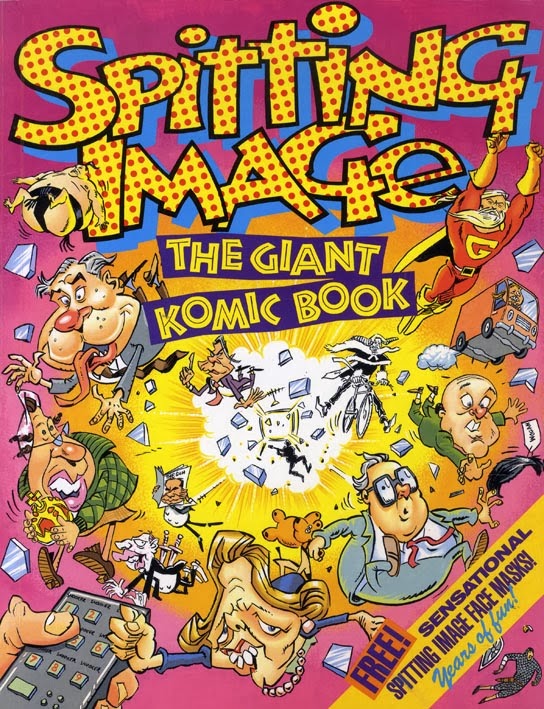 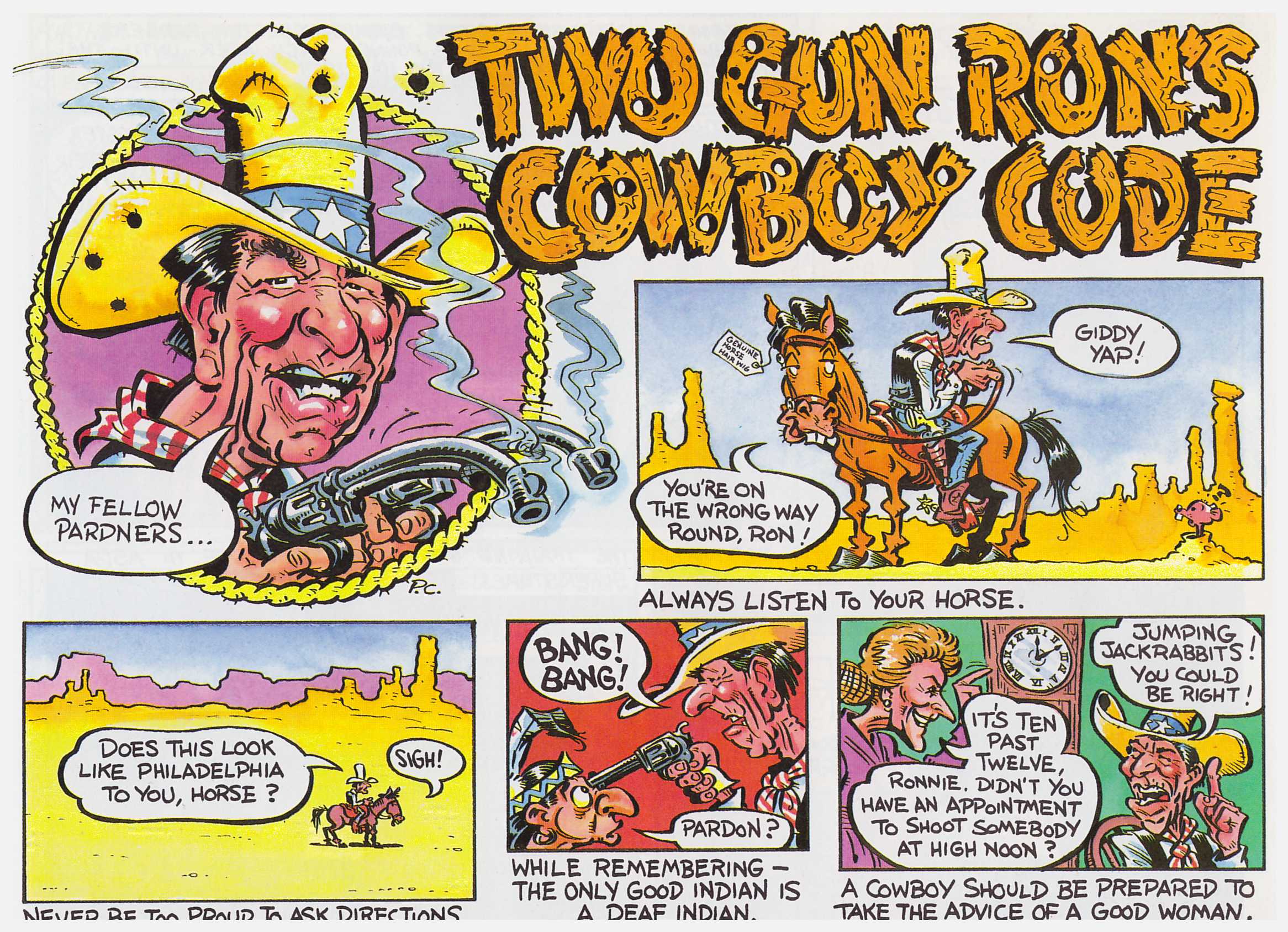 In the 1980s Britain’s premier satirical TV show Spitting Image featured grotesque foam and rubber puppets representing the politicians and celebrities of the era. Then Prime Minister Margaret Thatcher was presented as a growling martinet feared by all her cabinet, with the exception of Norman Tebbitt, then Home Secretary, portrayed as a leather jacket-wearing thug. The weaker opposition leaders were identified at a smaller scale, Soviet leaders as a series of constantly replaceable lookalikes, Ronald Reagan as a dottery old fool whose brain was missing, and the Royal Family as an ongoing soap opera. The programme was a weekly delight, as while hit and miss, when the barbs stuck they were astonishingly well aimed.

The Giant Komik Book is written by the satirists and political commentators responsible for the TV show, and they drew on their wide list of connections to involve newspaper editorial cartoonists among others, while the staff also contributed strips. The result is a cabinet of curiosities with Gerald Scarfe nestling alongside Brett Ewins and Alex’s Charles Peattie.

Rian Hughes supplies a scabrous middle-aged Tintin, running the Sun newspaper and casual with his expenses, Oscar Zarate’s commentary on Michael Jackson is spot-on, and contributions from Banx still raise a smile. Steve Dillon’s God as a superhero may still enrage, and Arthur Robbins’ wobbly take on English cricket only shows not much has changed in thirty years. Does it ever for cricket?

Interestingly, all the double page spreads hold their worth. Steve Bell and David Austin supply a glimpse into Thatcher’s heaven, while John Lawson and Geoff Sims provide detailed cutaway cross-section illustrations of the type that once appeared in the Eagle to explain how a plane works. Their presentations are Sellafield nuclear power station and the Chunnel, packed with still amusing annotations such as “plastic ventilation hatch” and “Main fuse box (with fuse removed and a paper clip in its place)”. And sadly, the Create Your Own Sitcom kit is still relevant.

On the whole, though, despite the ‘Johnny One Joke’ barb included, considerable space is occupied by material that wouldn’t pass muster for Viz. And you’re unlikely to connect with much of the content unless you can remember Frank Bough, Alastair Burnett, Annabel Croft, Little & Large, Cecil Parkinson, Claire Rayner, Network 7…