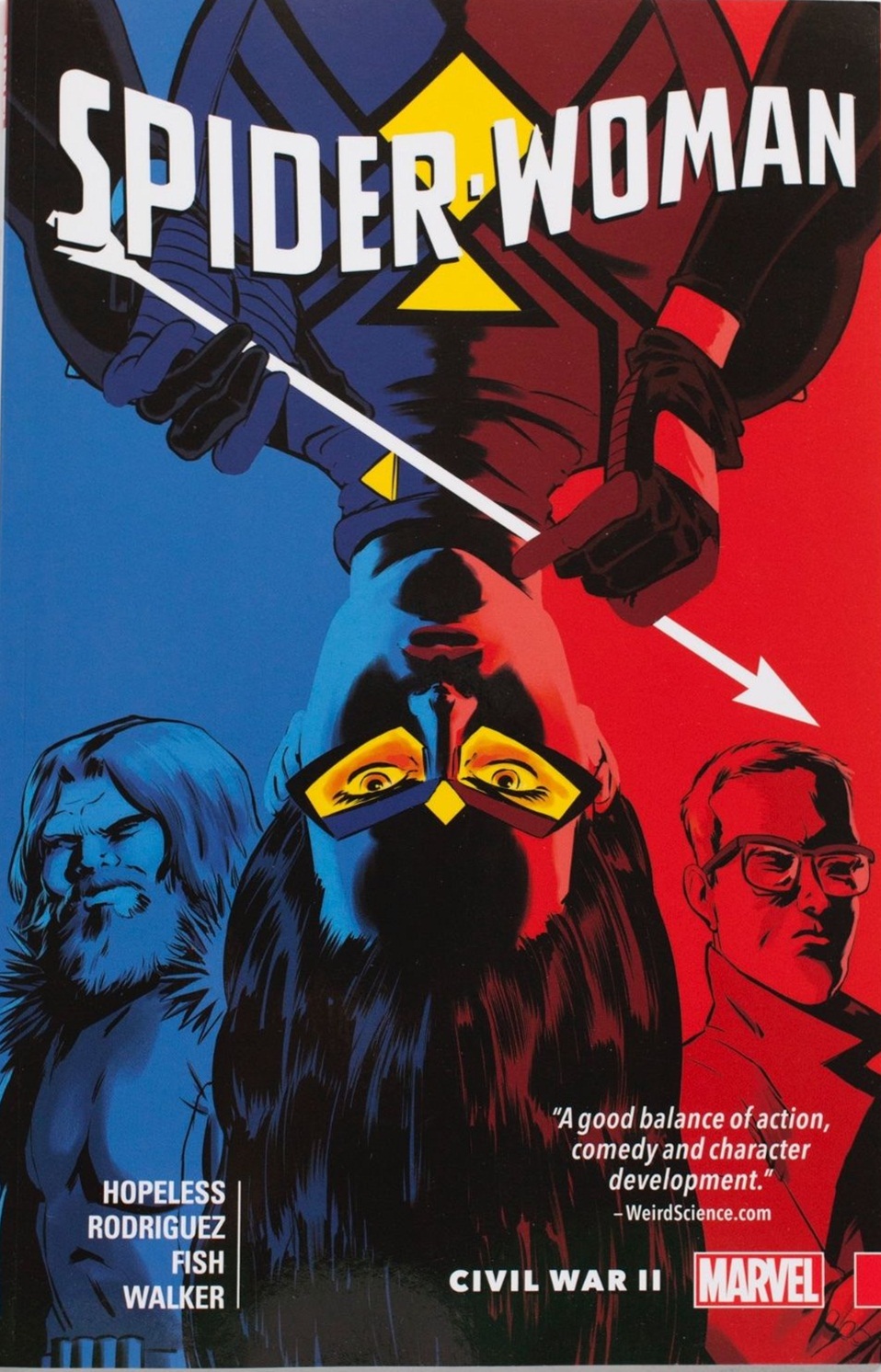 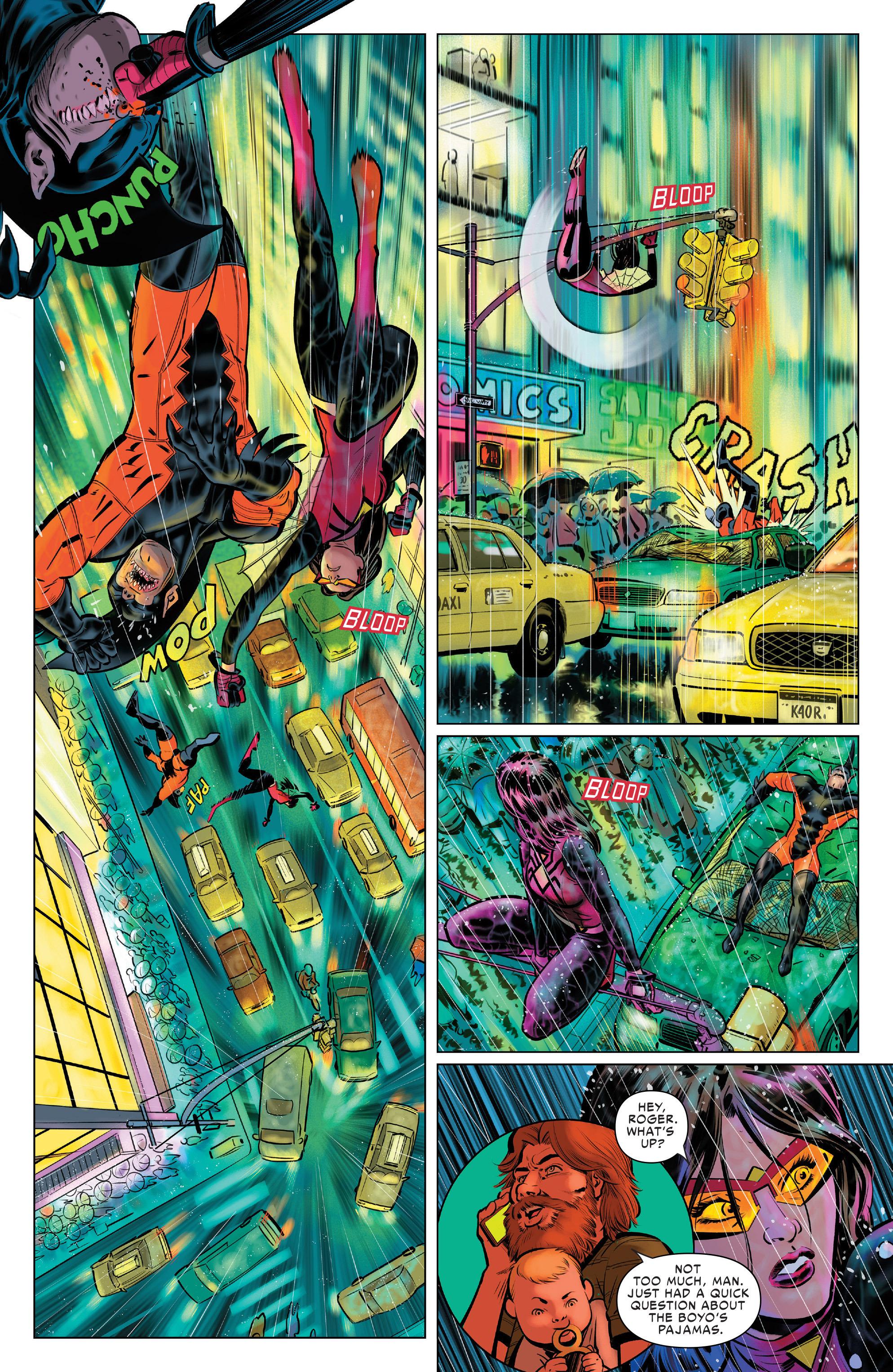 The smart, sitcom sharp writing of Dennis Hopeless has been a delight on Spider-Woman, but the series wouldn’t work nearly as well without the frankly breathtaking art of Javier Rodriguez. He has a fantastic sense of graphic design, so the way he lays out a story is both ambitious and visually novel. As the sample page shows, he’ll come up with a method of breaking down a scene that many lesser artists wouldn’t even consider, let alone attempt, because quite apart from anything else, that page is a lot of work. The following pages continue a battle while Spider-Woman’s having a phone conversation, and the way both sides of that conversation are worked in is novel and entertaining.

Civil War II wasn’t very highly regarded as a series intruding into every Marvel title, but don’t be put off by this supposedly tying in. It does, but Hopeless only joins in on the fringes, so it’s the same style of smart Spider-Woman stories he’s been entertaining with until now, just with a slight nudge from outside events. There’s an investigation as to whether someone able to tell the future is correct all the time, and Jessica recalls her time with Bruce Banner. In only a few pages Hopeless and Rodriguez, importantly Rodriguez, establish a friendship that until now hasn’t been worth mentioning in any Spider-Woman series. It’s impressively compact and very convincing, as Jessica annoys Banner and he responds by analysing her personality as “Childhood trauma has instilled in you a super alpha Type A personality that is only comfortable when in total control”.

If there’s a problem about this collection it’s that having worked his own early parenting issues out of his system in Baby Talk, Hopeless presents very little indication that Jessica has responsibility for a newborn child. While the adventures of Jessica Drew, frustrated mother are not what the audience would want, some greater acknowledgement of this aspect of her life would be more convincing. Baby Gerry is remembered for the final story, in which Porcupine faces off against former villainous colleague Sandman, drawn by Tigh Walker, very good, but no Rodriguez. 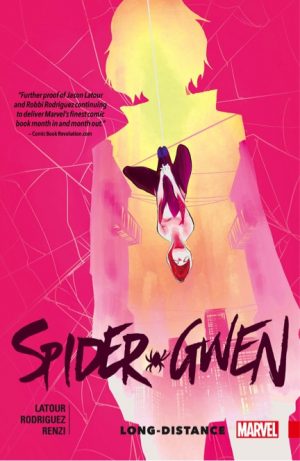 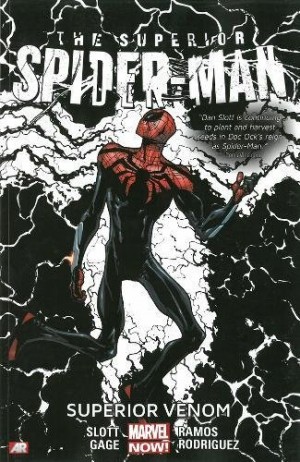 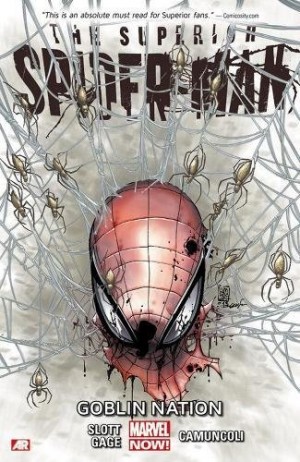 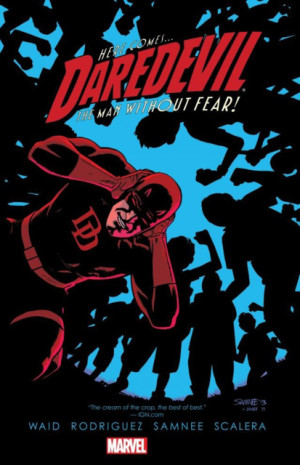