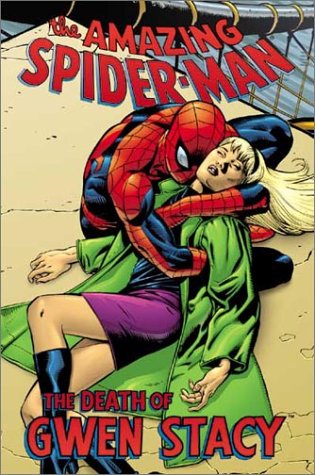 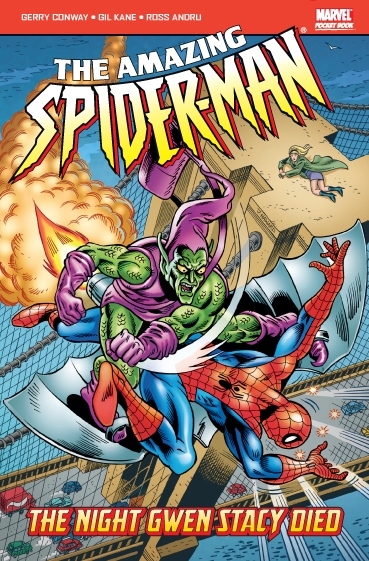 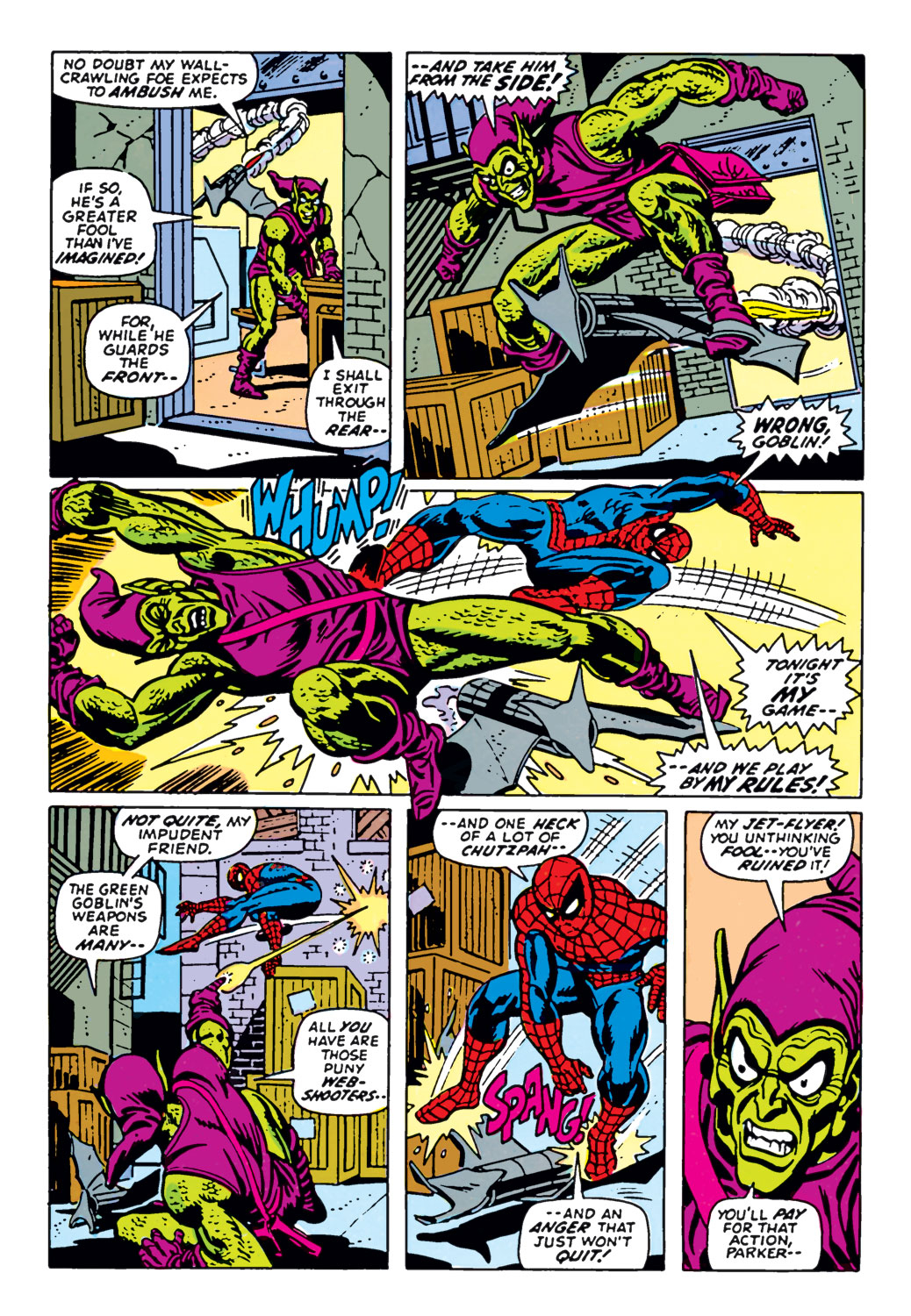 As the title reveals the content, it’s hardly a spoiler to discuss one ending. When then relatively new Spider-Man writer Gerry Conway suggested killing one of Spider-Man’s supporting cast to freshen the comic, this method of delivering a shock was pretty well unheard of. Villains died, then miraculously returned, later monologuing the circumstances of their barely credible escape, but it was almost unknown for beloved members of the supporting cast to die at Marvel. At the time of this story’s publication it had occurred only once previously, in the early days of Sgt Fury and his Howling Commandos. There had been the earlier death of Gwen Stacy’s father (collected with this in The Death of the Stacys), but he was a more minor cast member.

Conway’s original suggestion had been to bite the bullet after a decade of health scares and kill Aunt May, but it was apparently artist John Romita who commented that killing Gwen Stacy would make for a far better story. Conway loved the idea, and set to work.

While the death is the reason the story continues to rank among Spider-Man highlights to this day, Conway at least made sure it occurred in the context of an otherwise decent story. It starts with Gwen and Mary-Jane Watson visiting Harry Osborn, who’s had a bad reaction to an LSD trip, and that sets Norman Osborn over the edge again, Norman having the added clout of being the Green Goblin. His twisted recollections from the far edge of sanity are that Spider-Man is responsible and Spider-Man must pay. It sets up two confrontations and two deaths and even prompted a novel by Sarah Bruni.

This is preceded by an earlier story controversial in its time for focusing on drug addiction, and relevant here because Harry Osborn was the victim, and it returned the Green Goblin after an absence of several years. There are cheap laughs to be had at artist Gil Kane’s attempts to keep the fashions contemporary with Peter Parker in an extraordinary fringed buckskin effort, and later large neck chains, and Harry Osborn in no doubt designer turtlenecks. Despite the fashion faux-pas, Stan Lee supplies a tense thriller with several good moments, not least the two-pronged conclusion and the identity of the person who settles the score with Harry’s dealer.