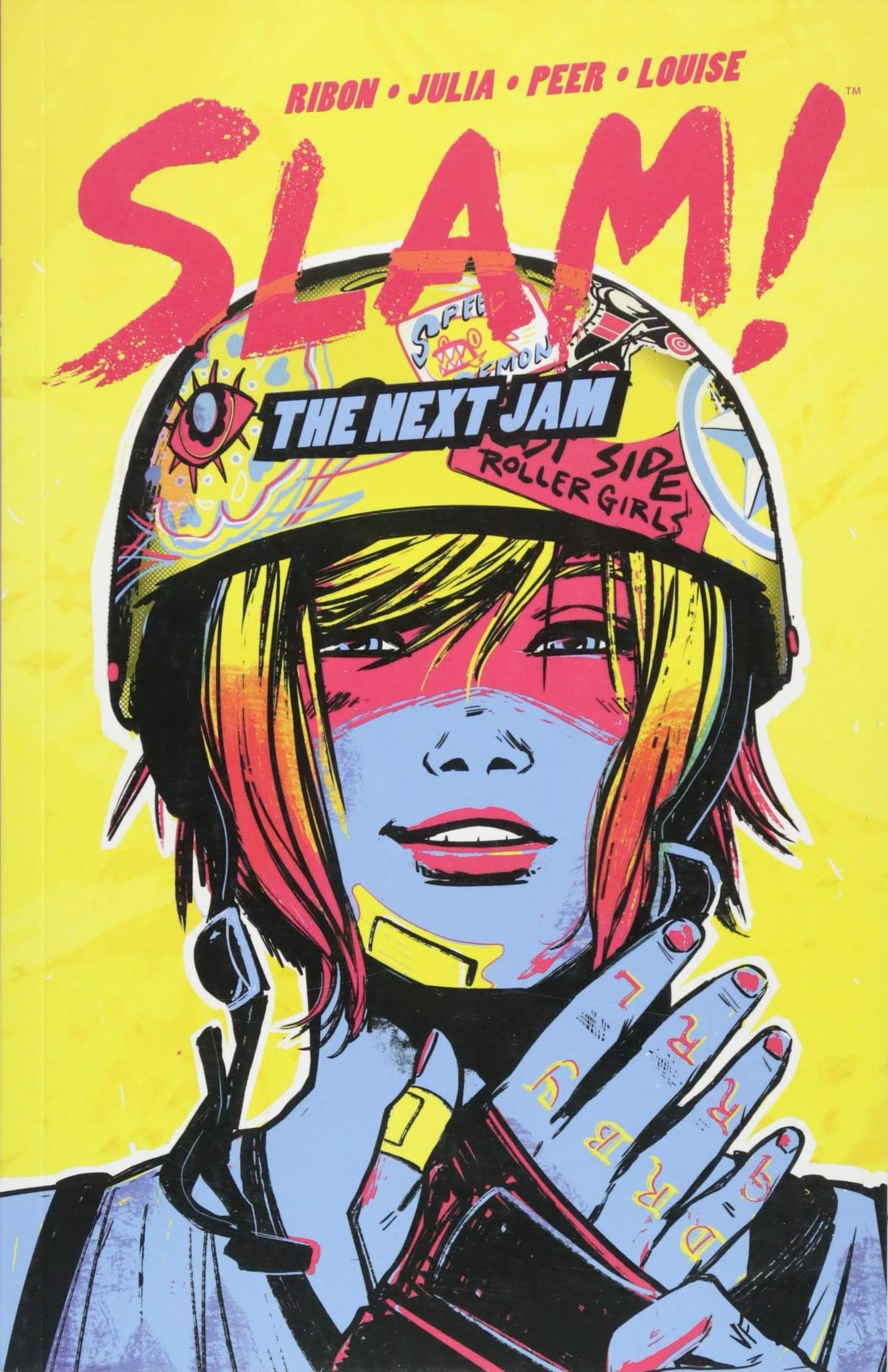 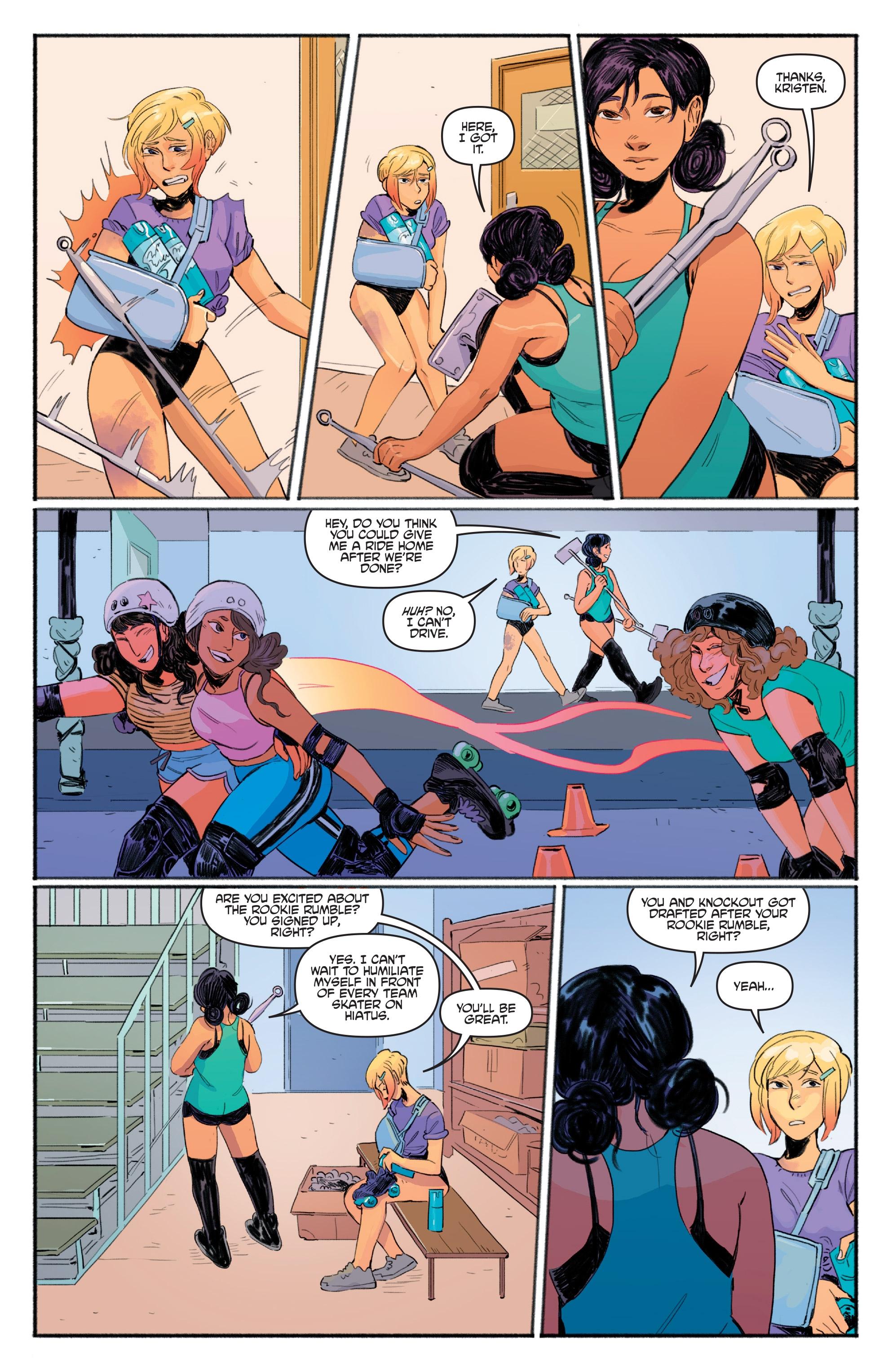 Slam! The Next Jam

Slam! Volume One was a real treat, a graphic novel for women and starring women that didn’t transmit as contrived or bandwagon-jumping, and was positive, celebratory and inclusive. It surely made many readers investigate the world of roller derby. This was very much generated by Pamela Ribon, showing no newcomer’s nerves in transferring her experience in other forms of writing to comics. It set the bar high, which makes The Next Jam all the more disappointing.

There’s no knowing what’s happened between books, but the levels of joy have been seriously diminished by Ribon altering the tone. The previous volume ended with a tense emotional conflict, lead character CanCan injured, and Knockout under stress, but it accentuated the joy of roller derby, the thrill of the win and the bonding. Ribon is an accomplished writer, so deliberately set up The Next Jam as a complete contrast, instead accentuating the negatives. These include the high medical bills, the expectation that the team should be prioritised over all other aspects of life, the struggles of the rookies and unreciprocated passions.

Unfortunately Veronica Fish is no longer drawing Slam!, and Marina Julia has a different approach. It’s still cartooning, but her pages are far tighter, and she’s not as subtle with visual emotions, more prone to exaggeration, and Knockout has undergone a redesign. Her Amazonian build was a factor in her recruitment and rapid success, yet here she’s just tall, and you’d now not identify her Asian heritage from the illustration. Julia is very good with detail and, colourist Britney Peer is still on hand to apply the bright colours Slam! needs, and while this graphic novel looks different, that’s not the problem.

The research and attention to detail that characterised the first volume are still present, but it’s not until halfway through that Ribon begins to pull the plot back into focus, from what’s been spread far and wide into soap opera territory. It’s through the introduction of a surprising character, Knockout’s grandmother, who it’s hinted played roller derby herself back in the day, but even then the reprieve is only temporary. A rapid ending leaves some matters hanging and ties up others, but unconvincingly, as if Ribon just wants shot of Slam! It’s very disappointing for a series that began so well. 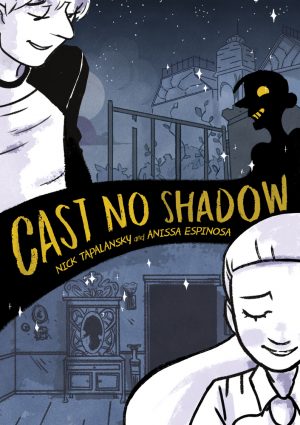 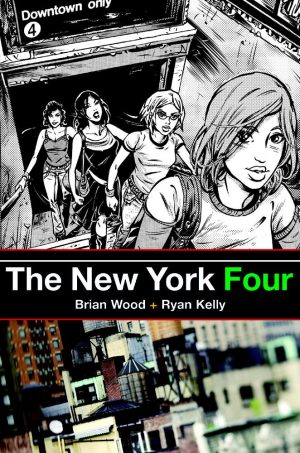