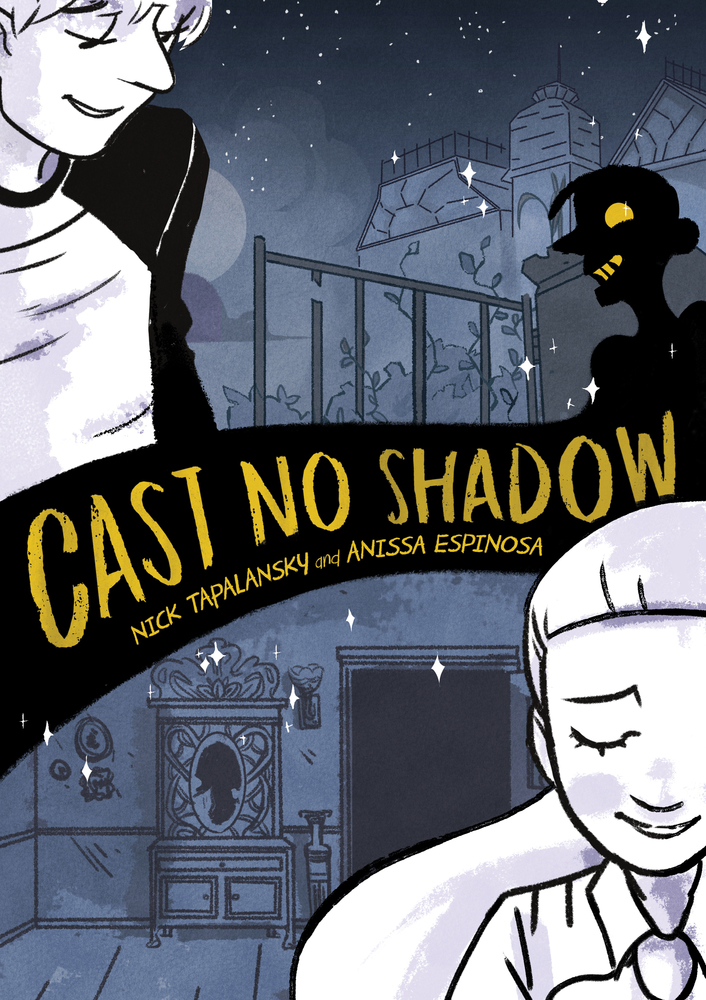 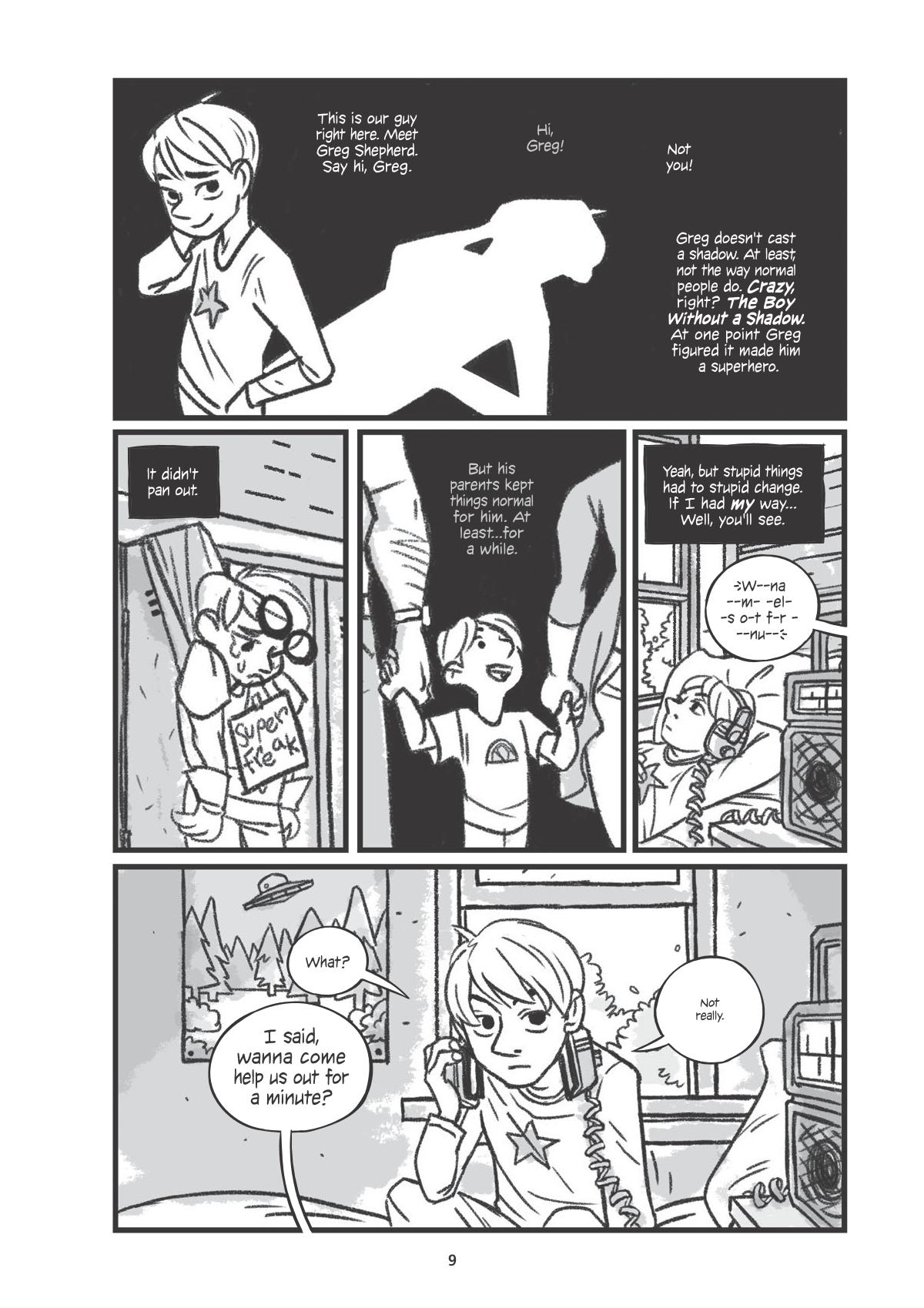 First teenage love is always awkward, and that’s before knowing the likeliest outcomes are a broken heart or breaking someone else’s. Complicate that scenario by falling in love with a ghost, and you have Nick Tapalansky and Anissa Espinosa’s take on young love.

Greg lives in Lancaster, fully aware that it’s a hick town where the greatest excitement is the Mayor’s recurring events to encourage tourism via promotions such as the world’s largest hairball. Greg is his own anomaly, a boy born without a shadow, and the creators play cleverly on the title, illustrating people throughout with shadows engaged in activity differing from their owners. Greg’s not happy at his father’s girlfriend moving in with them, and Layla, his best friend since childhood is looking more favourably at Greg’s mortal enemy. It’s just as well his attention is drawn away by being the only person able to see the teenage ghost Eleanor in Lancaster’s abandoned and now dilapidated mansion.

Tapalansky’s storytelling is very clever. Cast No Shadow opens with two narrators butting in and crossing over each other. You’ll have a pretty good idea who one of them is from the start, but the other comes as a surprise, although the idea is dropped post-revelation. He also mentions of a couple of considerable complications early enough so they’ll have been forgotten when they become complications. When some strange things happen, readers are aware who’s responsible, but Greg isn’t, which would be okay if he weren’t being blamed.

She may not have been known to graphic novel readers previously, but Espinosa is some artistic talent. Cast No Shadow is drawn in a relatively simple, but extremely adaptable style, able to cope with the serene, the scary and the surprising. Experience as an animation artist ensures good panel to panel continuity and emotions well presented through posture and expression. Everyting looks fine.

There’s a lot of imagination in play as Greg develops simultaneous problems, and it’s handled in such a manner that the suspense is maintained because every time the pieces seem to be coming together, Tapalansky throws in another complication, although they have been foreshadowed. In addition to a teenage comedy romance is time is taken to assess how people might be feeling about events that have deeply affected them. It’s all very impressive, and the ending doesn’t disappoint either. So, if it’s a book that will keep adults guessing, it’s one that will also keep young teenagers guessing, and they’ll be charmed and actually learn a few things along the way as well.