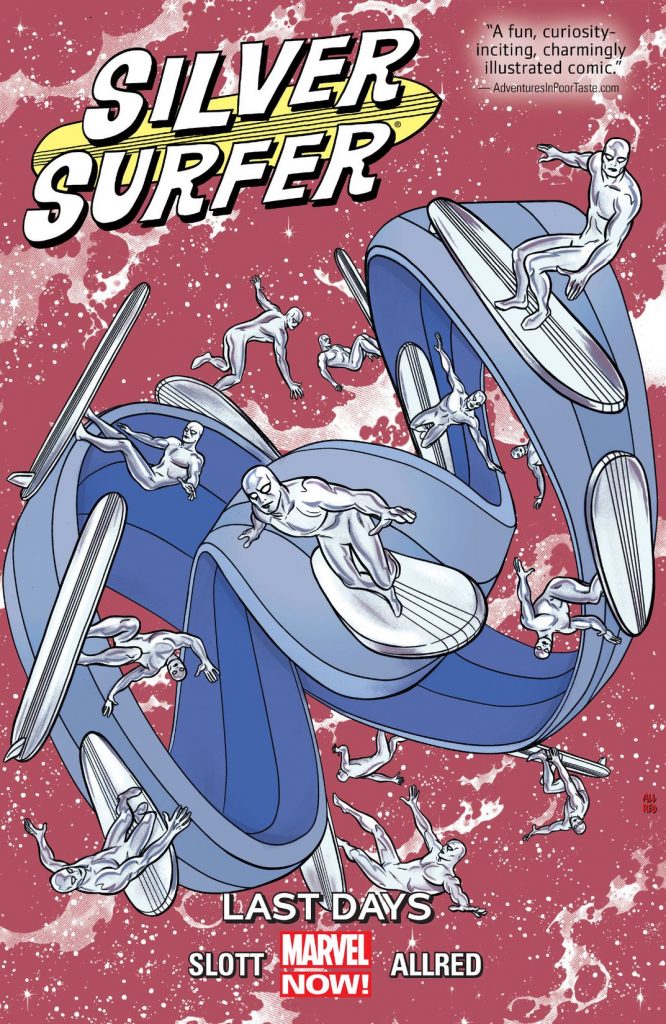 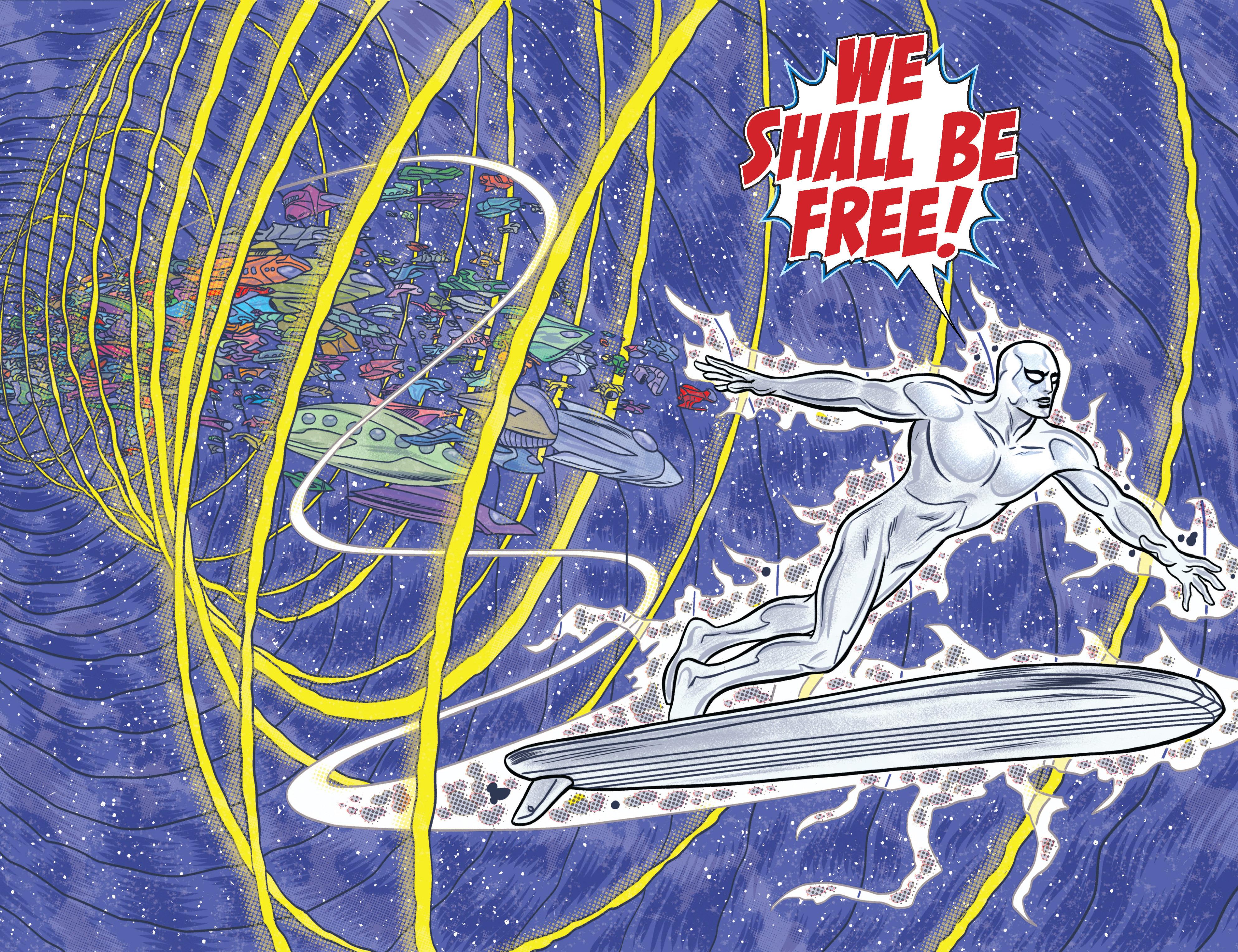 So far Dan Slott and Michael Allred’s Silver Surfer series has been a blast, offering a peppy new vision of what had previously been Marvel’s most miserable character. However, the mood has shifted from the capricious fun of the first half dozen chapters to a version of the Silver Surfer more compatible with his earlier incarnations. Thankfully this doesn’t mean a return to the ponderous soul searching, but an integration of more serious minded plots where the stakes are higher.

To begin with, the Surfer has acquired a new responsibility, that of finding a new home for six billion people, each the last of their species for reasons revealed in Worlds Apart. The opening chapter is illustrated as a Moebius loop, doubling back on itself and reflecting the content within as every potential home possesses dangers for some prospective new colonists, so rendering it unsuitable. It’s differently presented depending on whether you’re reading the book or the digital equivalent. In print the loop occurs as a series of spreads requiring the book to be turned for the full effect, which is achieved digitally by one extended strip in which repetitions occur. It’s clever, does something new with the comics form, and must have taken an immense amount of planning on the part of both Allred and Slott. For all that, it’s a triumph of concept over plot, which is very thin, and in the digital form outstays its welcome, as the repetition becomes wearing and doesn’t make for engrossing comics.

Plot elements presaged in New Dawn here come to pass, with the Surfer and Dawn Greenwood healing a fractured friendship and moving it to the next stage. Suffice to say that where the Surfer soars he no longer soars alone. It’s as well, as following what proves to be a valedictory tour of characters featured earlier in the series we come to the pertinent question: “Can you remake the rest of the Universe?” Well, as there is another volume, Citizen of Earth, the pleasure’s not in the answer, but as is so often the case, in the journey.

It’s a fantastic journey, compensating for the earlier less compelling chapters, offering unpleasant choices, the fear of a false recollection and the possibility of a better universe. Allred creates a tension and an atmosphere through the cast alone, lacking any backdrop, and Slott reveals elements planted earlier in the series weren’t as randomly placed as might have been presumed. Some might quibble regarding consistency. If the Surfer really is capable of what he achieves here, how is it that in the past he’s had problems with pretty ordinary characters? Slott actually deals with that without spelling it out, the ingenuity of the solution representative of the series quality as a whole.

We have five chapters, three of which are as good as any Slott/Allred combination to date, while the remainder’s not poor, just not up to the prevailing standard. Another winner, then.