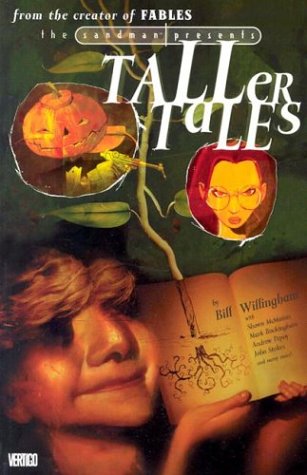 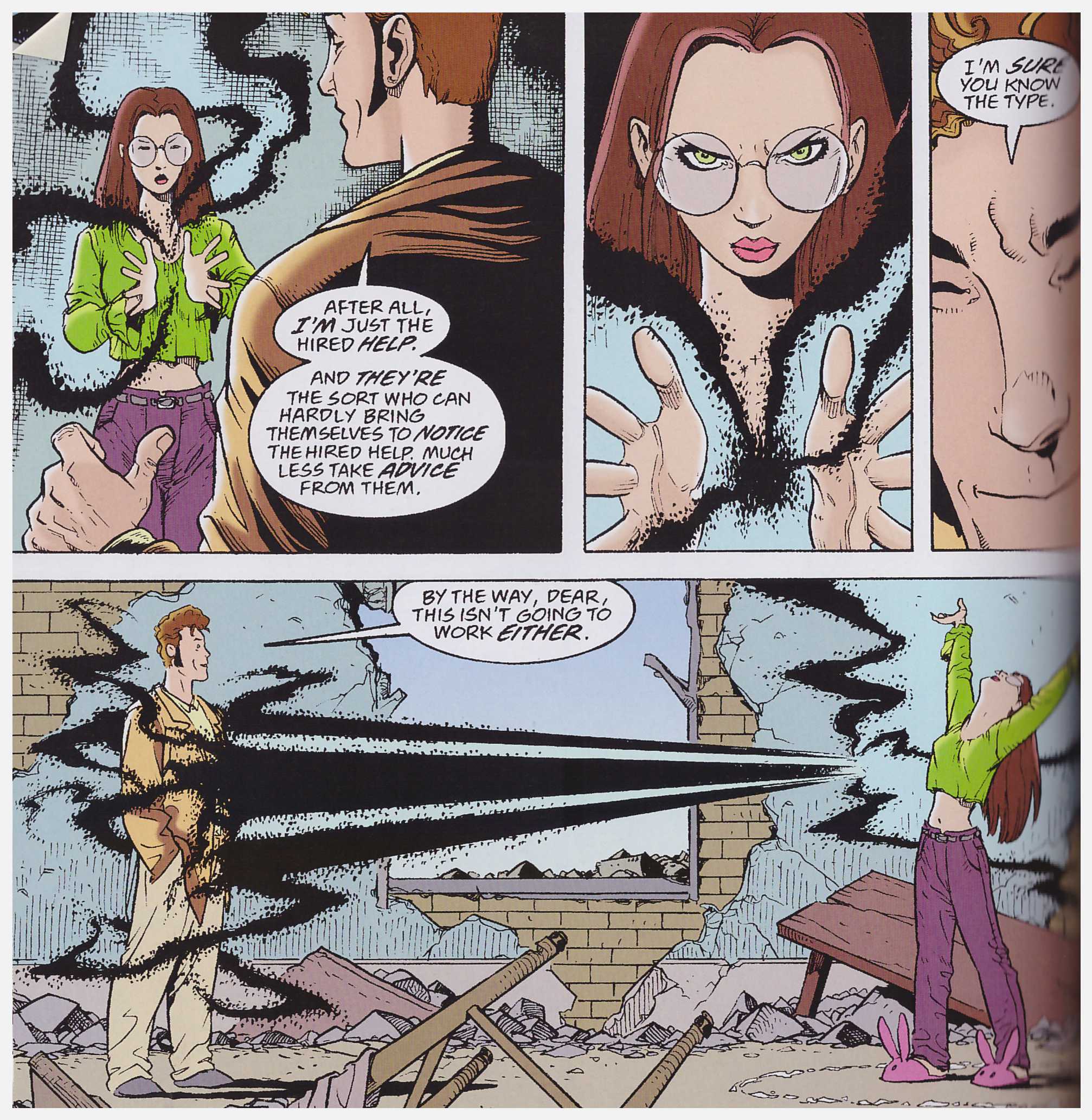 With his work on Fables attracting attention and awards, Vertigo issued a collection of the piecemeal contributions Bill Willingham had written for other titles, primarily based on characters Neil Gaiman had created for Sandman.

The longest section is ‘The Thessaliad’, not previously available as a collected edition. Thessaly is the world’s most powerful witch, and nigh immortal. She lives her life, however, in relatively mundane fashion, enrolled as a student at a New York university, deliberately distancing herself from the ancient sorcery to which she’s tied. She’s more than capable of all kinds of magic and misdirection, so she’s not in hiding, this is a choice. The life she’s chosen, though, begins to unravel when the Gods of the Underworld see her as vulnerable. It’s charmingly drawn by Shawn McManus in manner less cartoony than he’d apply to the Witch for Hire sequel not included here, but overall it’s meandering and not as successful as its follow-up.

Stories and the power they accumulate are at the heart of the remaining material, all set in the world of dreams, here given some concrete foundations.

Mark Buckingham first worked with his later Fables collaborator on ‘Merv Pumpkinhead, Agent of D.R.E.A.M.’, in which the grumpy janitor of the dream world, looking as his name describes, is tasked, with some misgivings, to recover some stolen dream dust. It’s a farce dressed up as a James Bond pastiche, and while very nicely drawn, it’s a joke that fails to sustain the length of the narrative.

‘Everything you Always Wanted to Know About Dreams, but Were Afraid to Ask’ is possibly the longest title to appear on a comic cover, and it’s exactly what the story is. Willingham throws out questions about the world of dreams and assorted artists answer them. Buckingham returns, and there are also pages from Duncan Fegredo, Nico Henrichon, Jason Little, Albert Monteys and Kevin Nowlan, all very welcome. It’s a droll idea with no shortage of artistic highlights.

The same applies to ‘The Further Adventures of Danny Nod’, the title capriciously applied to a character who’d not previously appeared. He’s assigned to retrieve assorted library books from the terrors of the dream world, again illustrated by numerous artists, none contributing more than three pages. Among them are Adam Hughes and Michael Kaluta.

This paperback collection is now long out of print, supplanted by the hardcover Bad Doings and Big Ideas, which absorbs the entire content plus more. There’s barely a poor page of art here, but reader tolerance for the remainder rests on the appeal of whimsical shaggy dog tales. 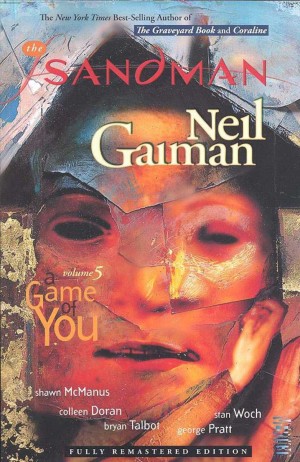