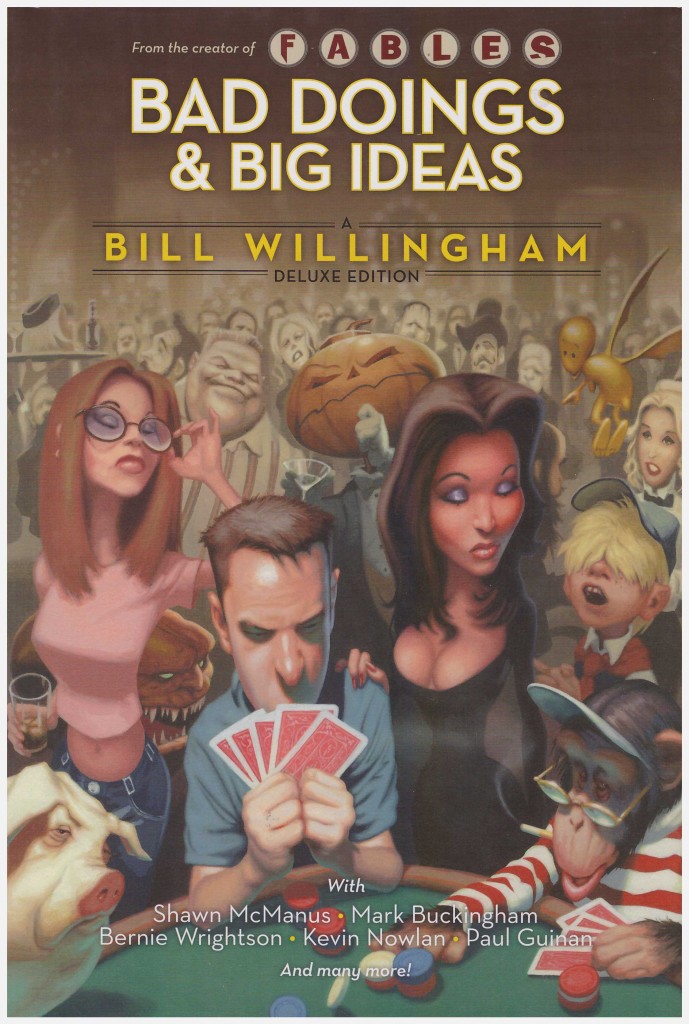 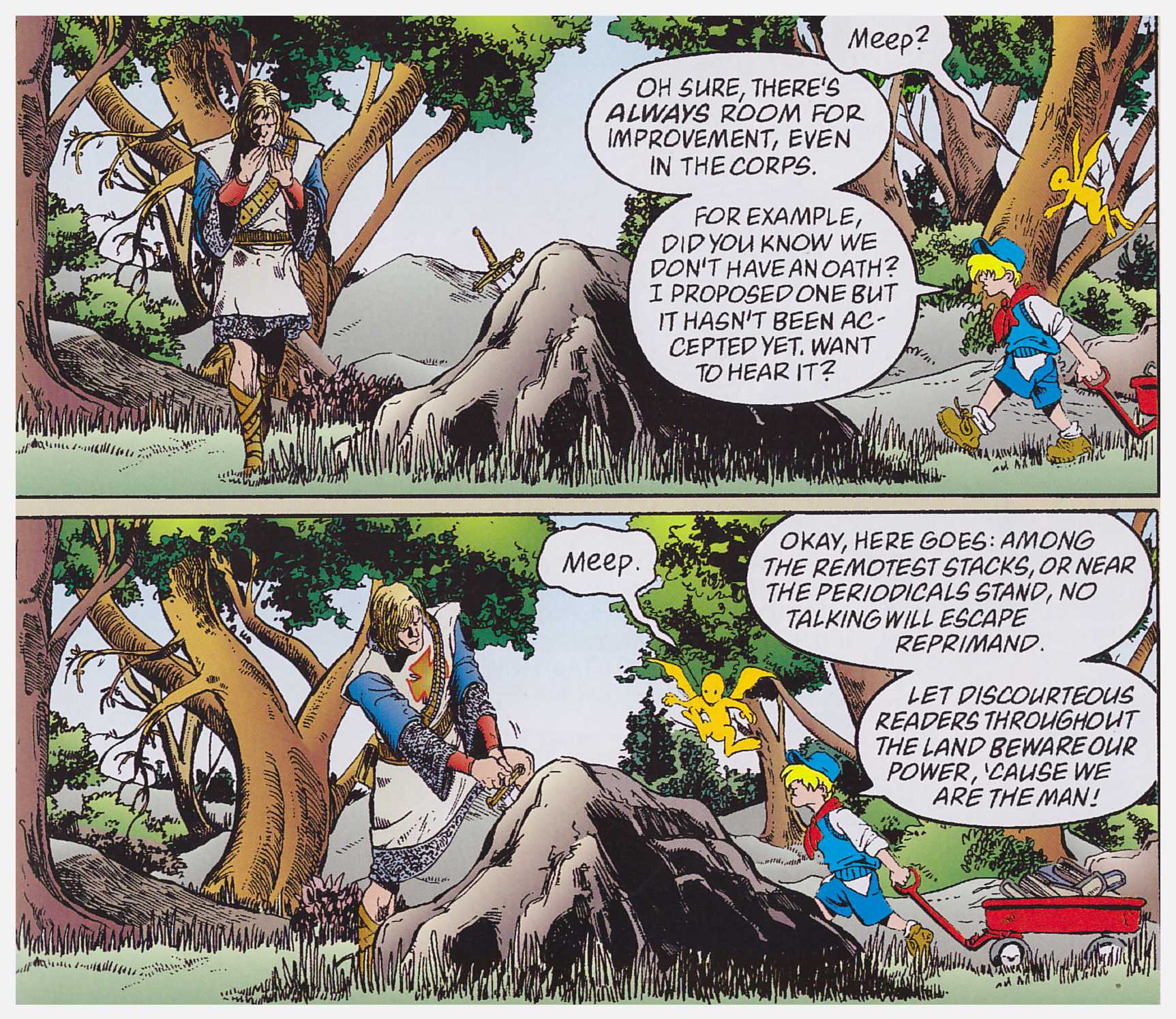 The work is presented chronologically, and Willingham supplies introductory comments, providing largely fair judgements on his own writing. There’s definite progression throughout, but for roughly two-thirds of the material, unless he’s in deliberately whimsical mode, there’s not much worth reading a second time. Willingham hasn’t quite learned pacing, and where to drop his bombs, which is odd as he’d long mastered it for his earlier superhero projects.

Two of three longer stories have also been previously issued as paperback editions. Proposition Player concerns a gambler who comes into some human souls, valuable currency in the mystical world. It’s funny in places, but was planned as ongoing series, so unfolds in an extremely leisurely manner, before a rushed conclusion when cancellation beckoned. Most of the art is supplied by Paul Guinan whose pages have an appealing gloss, but are posed and static. ‘The Thessaliad’ looks up the world’s most powerful witch and her ghostly companion, but the shaggy dog story never convinces. By her second outing as ‘Witch for Hire‘ things have clicked into place. Both are well drawn by Shawn McManus in slightly different styles.

A character Willingham latched onto early was Merv Pumpkinhead, janitor in The Dreaming, whose name is also his description. Casting him as James Bond isn’t as funny as Willingham thinks, but was his first teaming with later Fables collaborator Mark Buckingham, so is impeccably drawn. Merv’s funnier when introducing some whimsy connected with dreams, and so is Willingham’s portrayal of the resourceful Danny Nod, collector of overdue library books from some fearsome individuals. This incorporates a nice Prince Valiant and sword in the stone pastiche from Phil Jimenez, and some fine work from the all too rarely seen Marc Laiming.

The strongest written section is the final forty pages, comprising of short horror stories encompassing a variety of moods, with ‘The Hollows’ particularly stomach-turning and well illustrated by Ross Campbell. Others are drawn by Richard Corben, Jill Thompson and Bernie Wrightson, but Eric Powell is a far better artist on his own material.

Willingham is palpably enthused at the opportunities his career has provided to work with numerous name artists, even for a mere page or two, and there’s little art that isn’t decent quality. This includes Willingham’s own illustration, although that’s for one of the weaker offerings overall. Elsewhere there are short sections or single pages drawn by luminaries such as Duncan Fegredo, Michael Kaluta and Kevin Nowlan.

Bad Doings and Big Ideas is rather the double-sided coin, and on the basis of Willingham’s contributions alone it’s likely to disappoint Fables readers. Look at it differently, though, and this hardback presents the work of some amazing artists in oversize format, although the listing of Adam Hughes among those on the back cover blurb is rather deceitful as his contribution to the 500 plus pages is a two-page pin-up. As comics, your $50 cover price is probably better spent elsewhere, perhaps on a Fables hardback or two, but those who prioritise their artwork might want to take a flick through.