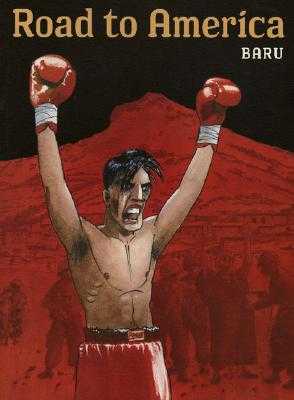 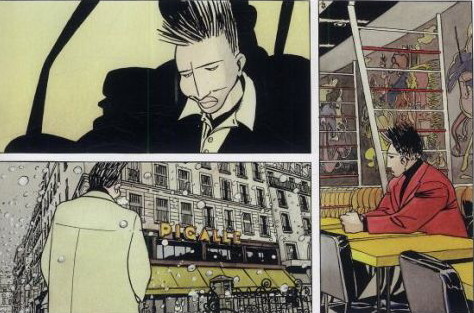 Sport, despite being a world obsession, has dropped from the remit of most comics storytellers these days which is both odd and a shame. In The Road to America, author Baru (Hervé Barulea) uses the fervour of an immigrant’s dream and the fierce metaphor of struggle in the boxing ring to create a compelling tale of adversity against a vivid historical backdrop.

Set in Algeria in the 1950s, when the country was struggling to win independence from France, it tells of the bloody rise of impoverished street kid, Said Boudiaf who becomes a boxer to escape his past; literally smashing his way out of the slums and into the glittering lights of Paris. His brother, however, turns to bombs and far less acceptable means of bloodletting, becoming a freedom fighter zealously determined to overthrow Colonial rule.

Said is an unstoppable force in the ring, achieving the status of sporting hero, but in the real world he’s a leaf in the wind. The French despise his ethnicity whilst capitalising on his achievements, and he’s regarded as a puppet by the Algerian resistance forces. Even so, both sides want him for his propaganda value. Said himself desires nothing more than personal freedom. His fights are non-political – as is all sport – but as his successes mount, politics claims him anyway when a race riot between native Algerians and French spectators erupts during a championship bout. Baru’s jagged and spiky art perfectly captures Said’s uncertainty in uncertain times, portraying him as isolated despite his acclaim.

The tragic culmination occurs when Said makes it to fabled America and qualifies for the World Championship, but on returning to Paris to train for the bout he is sucked into the events of October 17th 1961. On that day a protest march against anti-Algerian policies and heavy-handed Police suppression led to a bloody riot and a terrible massacre.

This beautifully executed tale is both blunt and subtle: weaving threads of ambition, morality, freedom, sacrifice and prejudice, both personal and social, into a compelling if sometimes chaotic narrative that is a joy to behold and a bitter pill to swallow. 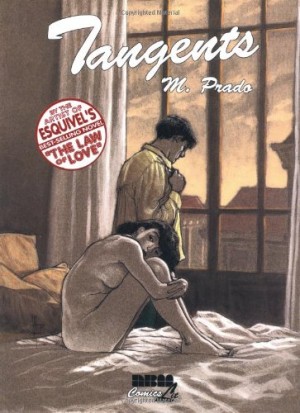