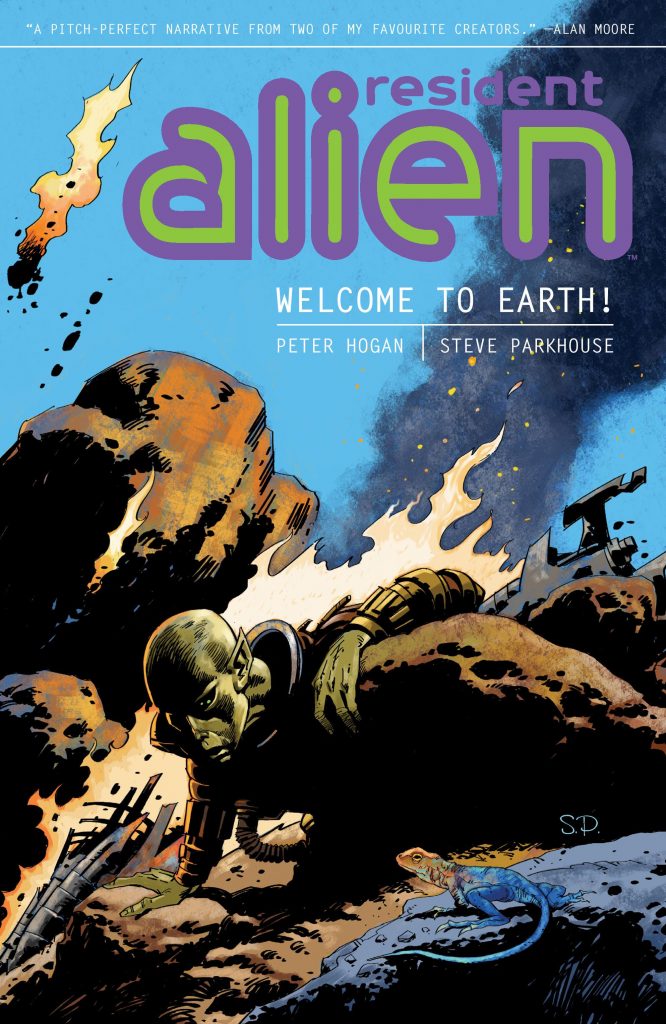 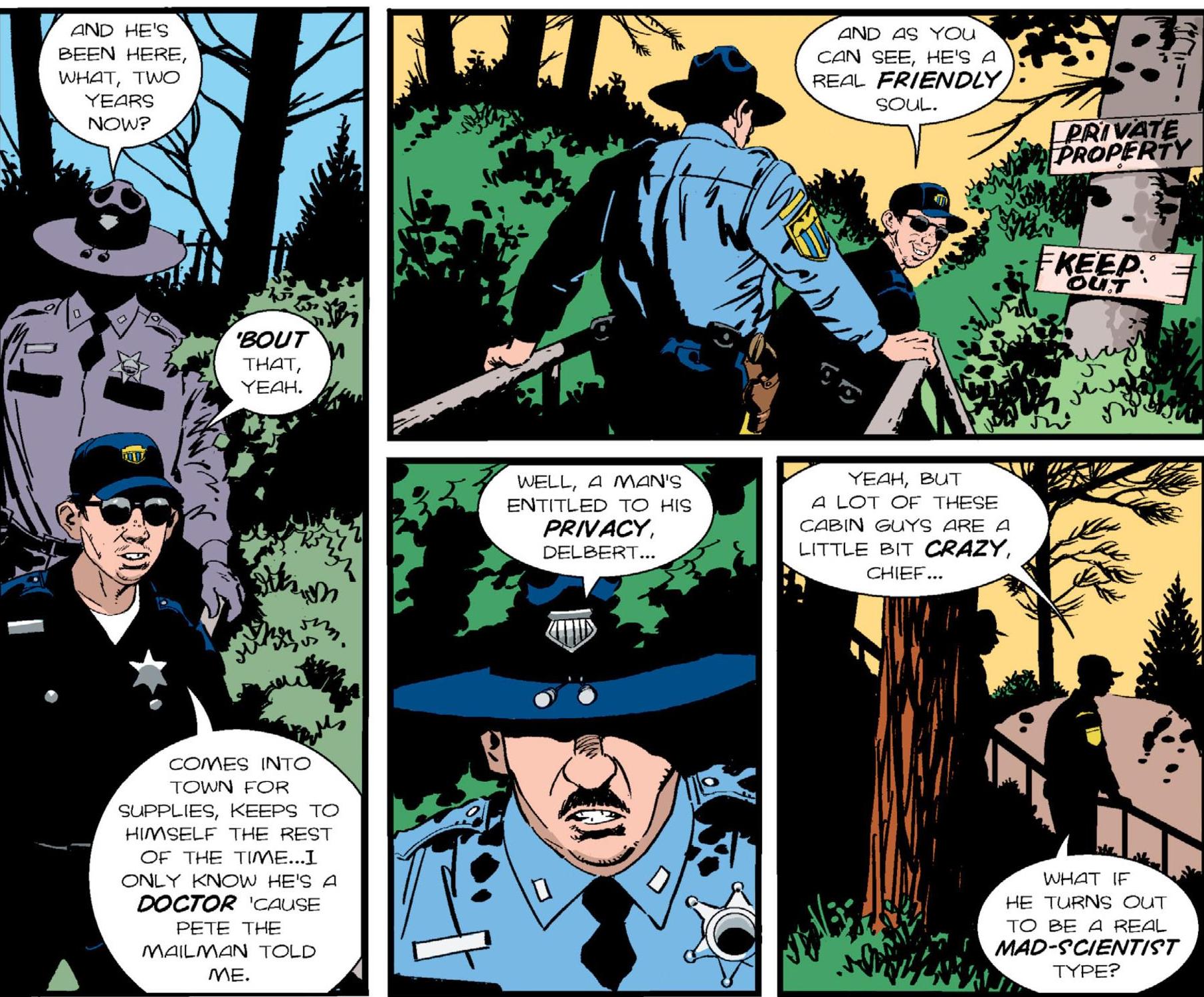 Dr Harry Vanderspeigle wants to be left alone. For the last two years he has lived in a lakeside cabin outside the rural town of Patience, only travelling into the town to purchase supplies. His solitude is disturbed when Patience’s police chief asks Harry to give his medical opinion on a murder case, the local doctor being unable to do it because he’s the victim. Harry agrees for two reasons – to divert suspicion from his reclusive existence and relieve his chronic boredom. The thing is, Harry is a visitor from an advanced civilisation on another planet, shot down while on a recovery mission to Earth. He’s following survival protocol until he is rescued, shielded by an ability to generate a field camouflaging him from the normal human eye. He really shouldn’t go into town but quite apart from being bored Harry is lonely, and thanks to his penchant for pulp crime novels the idea of being a detective is intriguing. Before he knows it, Harry has been roped into being the town’s temporary physician while trying to keep his identity secret and track a potential serial killer before tourist season opens.

Welcome to Earth! Is a pleasantly diverting whodunit that reads well and looks great, written by Peter Hogan and illustrated by Steve Parkhouse. As a series Resident Alien is an alternative to SF tropes where aliens are largely aggressors with imperial designs on Earth. Instead it’s the humans who are the aggressors, Harry simply wanting to live in peace while waiting to be rescued. He doesn’t like the deception and subterfuge, but his survival requires it. While this is a murder mystery at heart, it isn’t exactly hard boiled noir, the focus being on the inhabitants of Patience. Hogan scripts human interactions that feel perfectly natural, like real people resident in his own neighbourhood. Parkhouse’s characterisations are more caricature than realism based, but each cast member looks familiar, exactly just as Hogan intended. Where the realism lies is in each gesture, movement or expression that Parkhouse renders. Using bright colours and sharp contrasts of light/dark with a clever blend of retro 1950s pulp and sci-fi imagery infused with a slick modern style, he creates a heady atmosphere that maintains a noticeable line of tension throughout.

This definitely isn’t your usual science fiction, but Hogan has plenty of good ideas yet to gain traction, and Parkhouse’s cinematic overtures may have an abrupt way of introducing secondary characters, but becomes more refined as the series progresses. If you like your books to have a unique concept with the focus on human drama rather than gritty action, Resident Alien should appeal. It continues with Suicide Blonde.