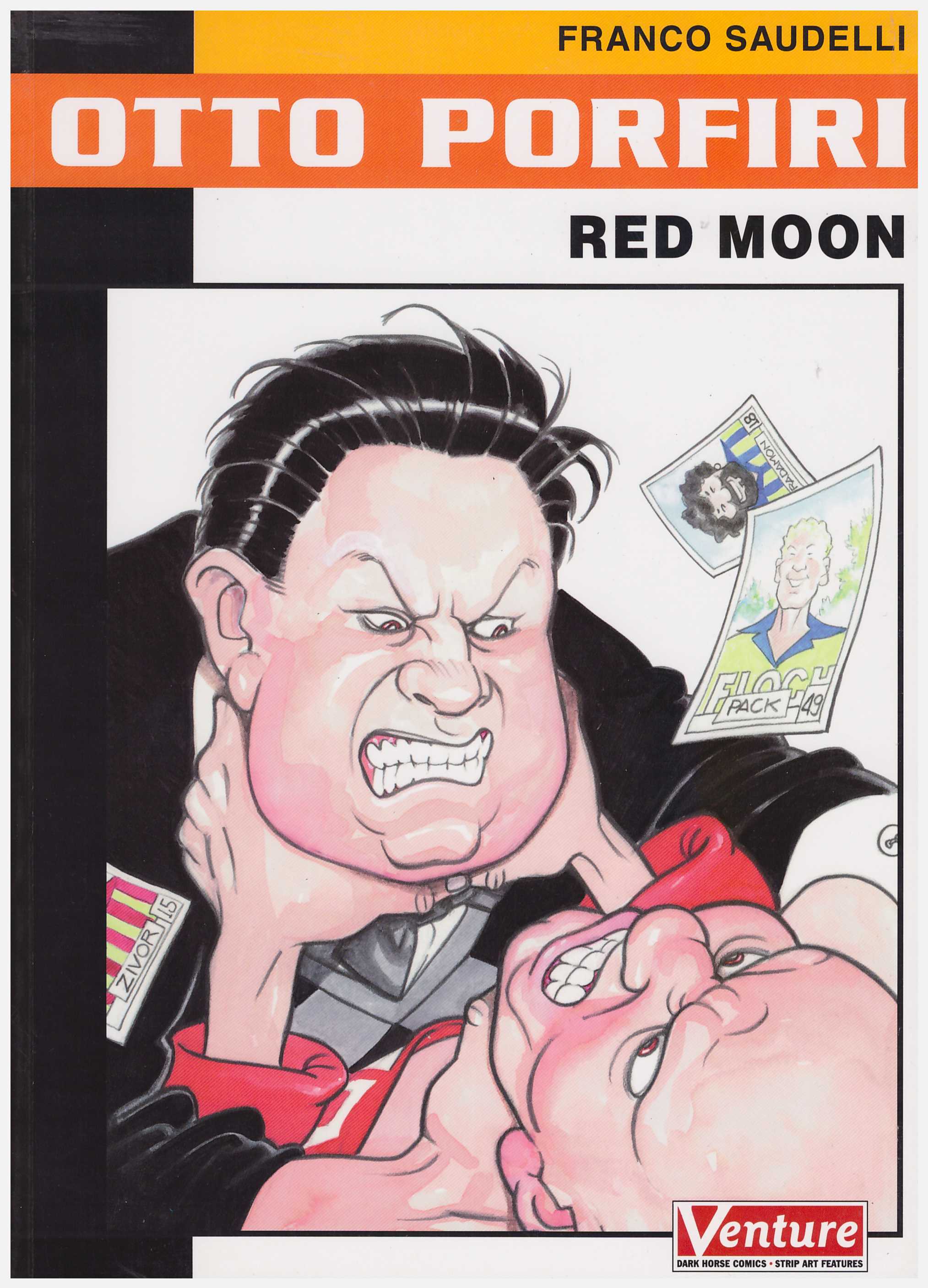 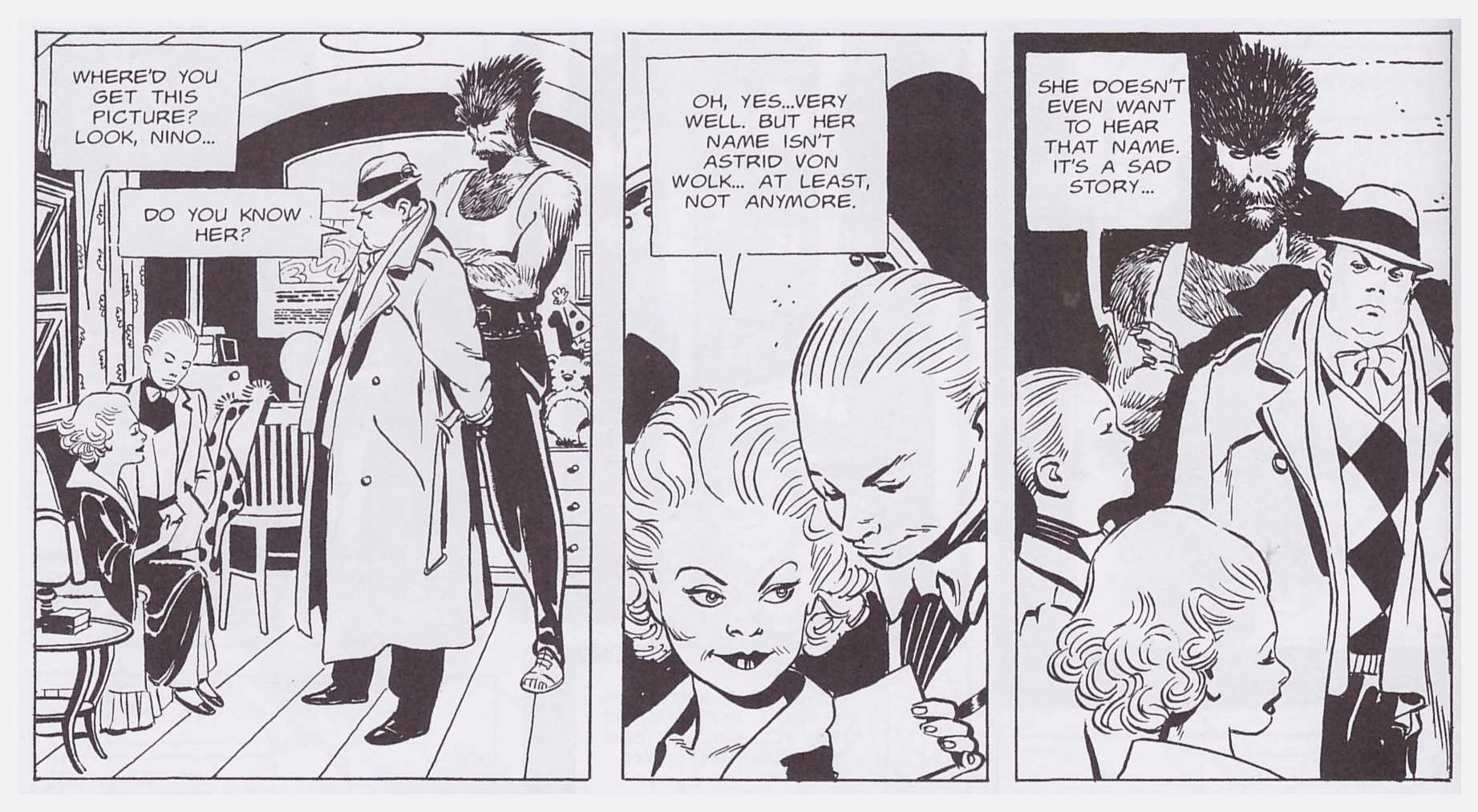 Otto Porfiri was once a top class footballer, but since retirement he’s set up a detective agency, into which wander a surprising number of his old team-mates. Now portly, whimsically kitted out in a garish diamond pattern jumper under his standard issue raincoat, and prone to stumbling into trouble, Porfiri solves his cases more by virtue of tenacity than skill. Three cases are presented here, and a further four appear in Drama on the Cliff.

As far as comics are concerned, creator Franco Saudelli is best known for his bondage sex comic The Blonde, and elements have transferred to the opening chapter here, particularly a sequence set in a Hamburg sex club. So, not one for the prudish. In that case he’s tracking the heiress daughter of his former club boss. The now alcoholically demented former goalkeeper becomes involved in a complicated case of missing money, astrology and a murderous thug, and the so-called ‘Easy Case’ involves a businessman assassinated.

Saudelli’s delicate thin-lined artwork is so beguiling, and his detail so compelling, that it takes some while for the rose-coloured glasses effect to dissipate and the truth to emerge: his writing’s not very good. In combination with his art Saudelli creates memorable dissolute characters to populate his stories, but when it comes to plotting he’s all over the place. So many characters are introduced, and so many red herrings thrown in as Porfiri tramps from one destination to the next that by the time he draws a line under the case even he has trouble understanding what’s going on. One story concludes with a letter running over eight panels explaining everything, which is hardly a narrative masterclass.

These stories originally date from the mid-1980s when Saudelli was still developing his style, which accounts for the variations.