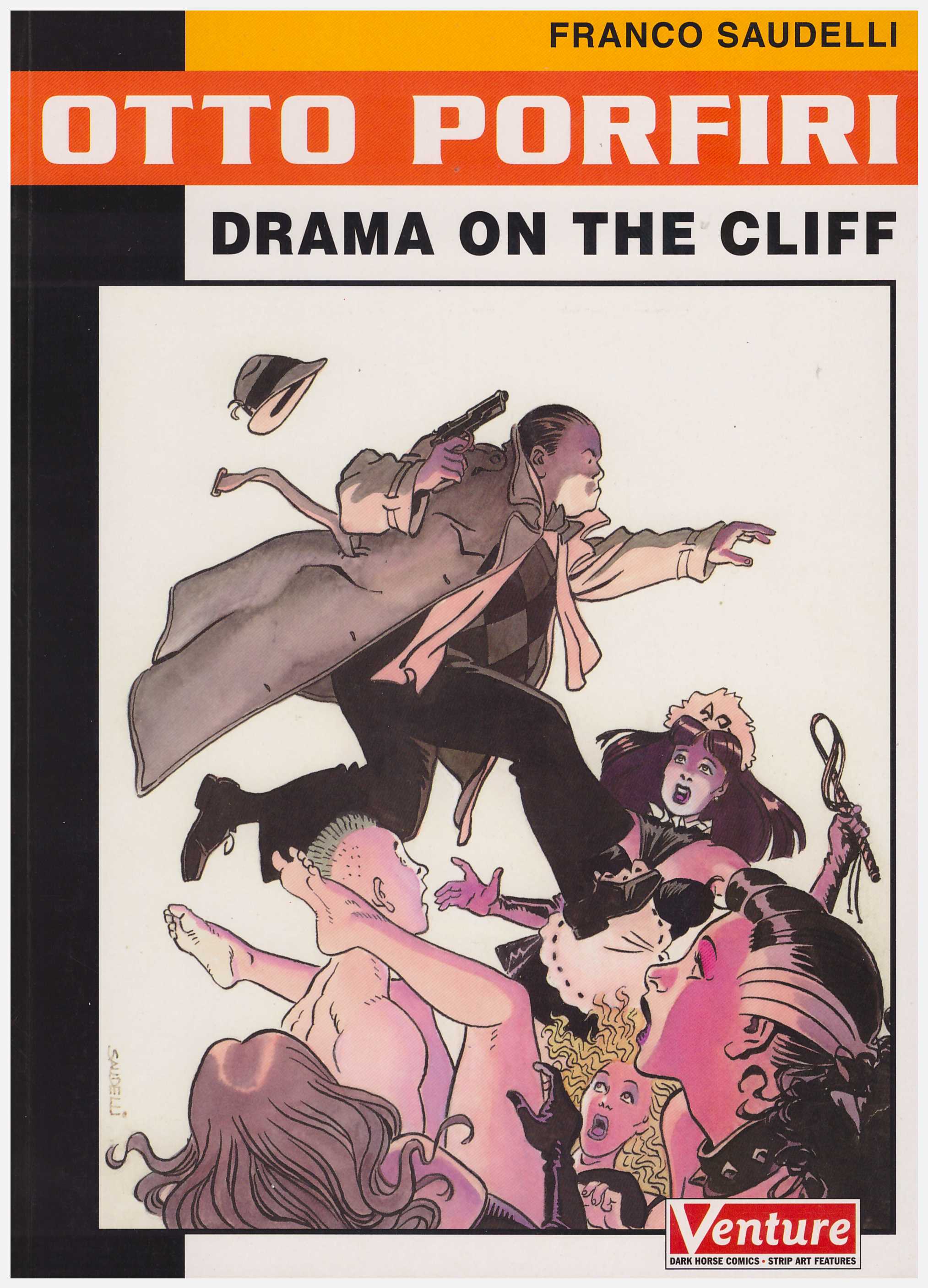 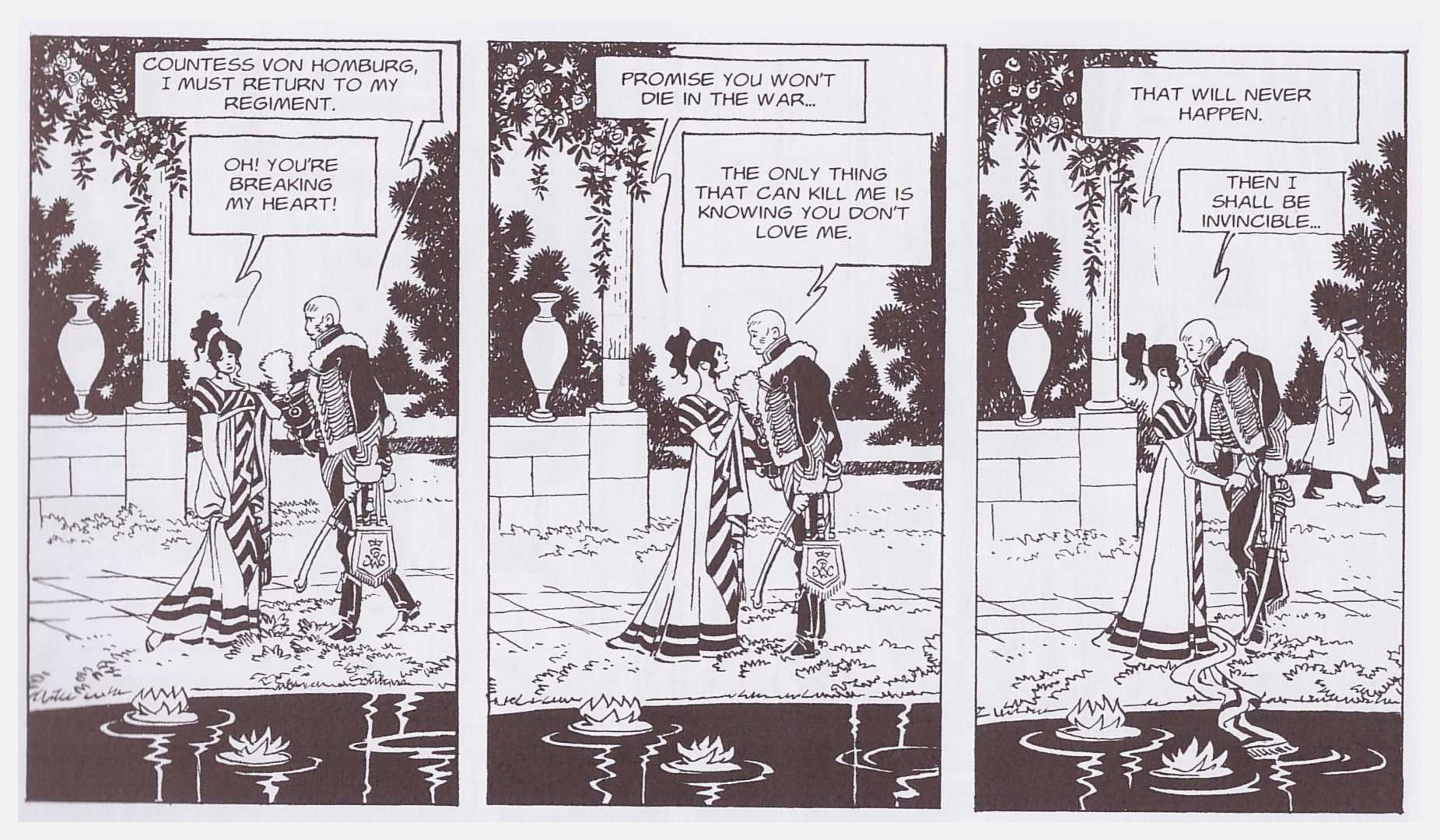 Otto Porfiri is a German private detective based in Berlin. 25 years previously he’d been a top footballer player in the city, and is still remembered for those days. This second collection of Franco Saudelli’s private detective stories is much the same as the first, beautifully drawn, accompanied by less than stellar writing. This material dates from the late 1980s and the early 1990s.

It’s the title story that closes the volume and it benefits from a simple, straightforward plot provided by Salvatore Bollella. It’s also alone in the Porfiri canon in having the whimsical elements up front and exaggerated. Also relatively straightforward is Porfiri travelling into the countryside to rescue a woman from a satanic cult that numbers the entire village among its membership. Of all the Porfiri stories this is the best. As ever, it’s beautifully drawn, and it doesn’t require a concluding explanation, but Saudelli loves his naked women, preferably trussed, and there’s a case to be made for it being exploitative.

The remainder of the material adheres to the same plodding complexity that plagued Red Moon, with characters having to spend several panels at the end of a story explaining just what the story was about. There’s an actress on the verge of success seemingly blackmailed via naked photographs taken early in her career, and Saudelli throwing complication upon complication into what at first appears to be a simple case of an unfaithful husband. The corpses are eventually piled high, and just what part does the missing dog play? 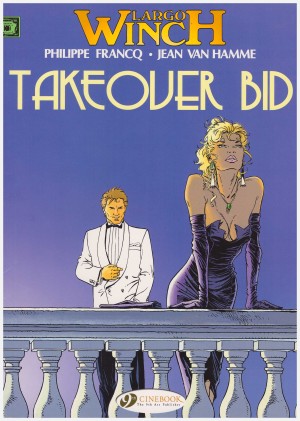 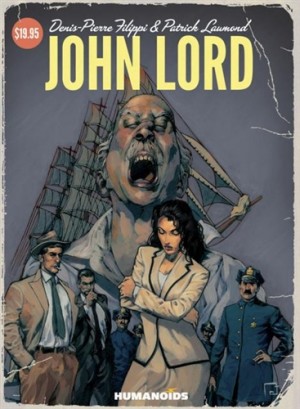 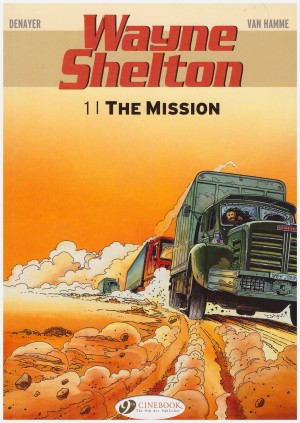